I’m writing this while on a bit of Vicodin (just got a tooth removed), so I’ll blame any inaccuracies or irrelevancies on that. ;) Now, a while back I wrote a preview on a much earlier version of StarDrive that was provided through Desura as a Kickstarter reward I believe. That early version had some issues, but it was still a good time. Now, in a preview, us writin’ folk are supposed to stay positive since the game isn’t finished yet, which is mostly what you’ll see here, but since you can buy the game already, and it’s this close to being released (like, this Friday), I’m also gonna be a bit blunt on some things as well, stuff I’d usually save for a review. That said, the earlier line still holds true, this version still has some issues…

…but it’s still a good time. ;) Now StarDrive has had an interesting history up to this point. Successful Kickstarter, scooped up by a successful publisher (Iceberg Interactive, in this case) and what appears to be a successful pre-order/open beta period where folks could buy into the beta and try it out themselves. Behind all this is one dude, Daniel DiCicco, who I interviewed a while back and who cites Master of Orion and Escape Velocity as some of his biggest influences on the game. When you play it, you can definitely see shades of both of those games here as well. Describing StarDrive as “The 4Xness of Master of Orion with the direct ship control and combat of Escape Velocity” wouldn’t be a bad way to describe the game, but it also sets up an expectation. Those games are classics, is what StarDrive took from them enough to even close to the same league?

Okay, so I’m rambling, yay drugs. Seriously though, there is a point. StarDrive could be seen as the bastard child of those two games mentioned above, and that can be a good or bad thing depending on a variety of factors, those of which I’ll be covering this preview. Now, StarDrive is a complicated affair, being a real-time 4X with several races, direct ship control/combat, research, colony management and all of that other fun stuff. During the last preview, I didn’t even bother looking for a manual, but this time I did, and instead found a couple of tutorial videos and a bunch of tutorial help files. Now, the videos aren’t bad (though they lack viewing controls, like Play, Pause, etc., which bugged me) and the textual help blurbs weren’t BAD, per se, they just felt incomplete. This is a complicated game, and while I felt somewhat more prepared after watching these vids and reading the text, I would’ve much preferred an actual manual. Maybe the final game will come with one.

The game comes with several races, such as Human, Draylock, Kilrath…er….Kulrathi, and while these come with their own set of traits, the game allows you to tweak these before starting a game. The game allows both positive and negative traits, allowing the player a set of points with which to choose these traits, which reminded me of pen-and-paper role playing games, in a good way. Galaxy creation is similarly straightforward, allowing for differences in opponents, size, difficulty and so on. This allowed for a wide variety of starting conditions, which I liked.

Once you’ve chosen your race, its traits and the starting universe, it’s off to the races. You begin with your flagship (or improved flagship of the trait is chosen), a scout and a colonizer. Giving these ships orders is pretty simple, thankfully. You can use a key to bring up a small radial by which orders can be selected (or you can take a ship over and control it manually) or use a small slideout panel on the ship’s information panel. Scouts can be told to explore the galaxy, military ships can also be told to patrol the empire, which is what I usually tell my flagship to do in the early game. Once your scout has discovered some colonizable planets, you can either select the planet and click the colonize button, or select the planet from the planet list and click the colonize button. If there’s not a colony ship ready, one will be created at the nearest ship yard and sent out. I kind of liked this streamlining of things.

Once a colony is established, you can manage it manually or give it a specific type of “governor” to allow it to be handled by the AI. The AI can also take over scouting, freighter and trade route creation (for importing and exporting production and colonists, very important for new colonies) and some other facets of the gameplay. In this way StarDrive feels like a distant cousin to Distant Worlds (Ahahahah, get it? Distant? Hahahaha), although Distant Worlds is much more complicated and expansive, which is good and bad depending on the type of game you’re itching to play. Regardless, once things get moving…you’ve colonized a world or two, research has begin, you’ve got some scouts buzzing about and so on, things will begin to move very quickly.

Eventually you’ll find yourself in combat, of which this game has a lot of. Whether pirates or other empires who just don’t like you much, combat is a fast and furious affair, whether you individually control a ship or not. I liked the option of being able to control an individual ship in combat using WASD and such, but found that the AI was much more adept at tracking and attacking targets than I am, so I just gave my ships targets, one after another. Once you get into combat, you’ll find out you’ll want to put your ships into fleets, which is where, in my opinion, the game’s first stumbling block comes up.

Even after reading all the tutorial text, at first I had no idea how to use the fleet creation interface, and even though there’s some on-screen text along with it, it took me losing two games to eventually figure out that 1. I’ll REALLY need fleets and 2. How to create fleets. Once you get the hang of it, creating fleets is pretty straightforward, but it felt really odd to have something so essential feel, at first, so confusing. This also isn’t the only oddity with fleets. For example, you might have a fleet with fifteen ships in it, and when you tell then to protect the empire, they might go off in fifteen different directions. I first noticed this when I accidentally told a fleet to explore the galaxy. I swear, every ship was about to go off in their own direction. I mean, aren’t fleets supposed to stay together? That’s what I’d think, but that doesn’t seem to be the case as of right now. Hopefully this’ll be fixed in the final version.

Besides combat, the other major facet in this game appears to be diplomacy. While many other 4X games have diplomacy that’s pretty…formal, this isn’t the case here. There is a LOT of chatter between you and the other races you encounter, and a lot of it is actually damned entertaining to read. As you can see in the above screenshot, the Pollops were upset we colonized a planet in a specific system because they “called” it. Hahahah, what is this, the recess yard? No, of course not, but still, I loved it, as it adds some much-needed personality to what is usually a very dry affair.

So the game has plenty of combat and diplomacy, but what else does it have? Well, it has random events (like an annoying hyperspace flux that kills all warp travel), it has first contact events, and it has ship creation, which is pretty fun and straightforward, but I found that I didn’t use it much. The ships that the game created were plenty fun for me, but if you want, you can tweak everything down to the power transfer systems if you want. The game also has research, which is fun, but the tech trees don’t appear to change per-race or per-game, so that might lose some luster after a while. In one game I did discover a new, random, secret tech branch to research though, so if that comes up more often, it might add a nice amount of variety to the game’s research possibilities.

So with all that said, you might be wondering…how does it play? Ultimately, I had a lot of fun with the several games I played of StarDrive, warts and all. It’s very fast-paced, much moreso than most 4X space games I’ve played, but that keeps things very exciting. Since the game is real time, there’s always something that’s about to happen. Thankfully, you can speed up time (up to at least 40x), slow it down to .5x and pause things completely to speed toward events or plan your next move. The interface mostly does a good job of streamlining things such as colonization, target selection, automation and so on, making the game usually easy to actually play (if not win). This all comes together to make a pretty fun experience!

Overall, even as a beta, StarDrive is a fun time. It’s got some quirks, and it’s not as in-depth as some of the other offerings in the genre, but for trying to scratch the itch of both Master of Orion and Escape Velocity, it does a decent job. I spent more time with the Master of Orion portion of the game, as the Escape Velocity portion was a bit too frantic, but if that part clicks for you, you’ll likely really dig it. Ultimately, you’ll likely really like StarDrive if you’re looking for a fun, varied, streamlined 4X game with something of a soul and its own identity. If you’re looking for something turn-based, or something with the depth of Distant Worlds, it might disappoint you, however. If you take it on its own merits, however, you’ll find a fun, fast time with plenty of pew pew for combat junkies and tons of tweaking for the 4X junkies. I hope this helps you decide whether you should dive into it or not. I’ll definitely be taking and even more detailed look once the final copy comes out. Until then, thanks for reading, and please enjoy the gallery of screenshots I took for the article below.

Combat with a Corsair!

Closeup of a Corsair!

Choosing a Race with Traits…

Battle in the Atholic System!

These Tutorial Videos Can Be Helpful…

Lots of Toys to Research…

That’s Sweet of You…

One is the Lonliest Number…

Oh No! There Be Combat! Pew Pew!

Fleets Out the Ying Yang

This Isn’t Explained Too Well…

Everyone! Get THAT Guy!

Diplomacy Has Some Funny Dialogue…

Silly Humans With Your Silly Pipes…

What the Fleet – So Confusing… 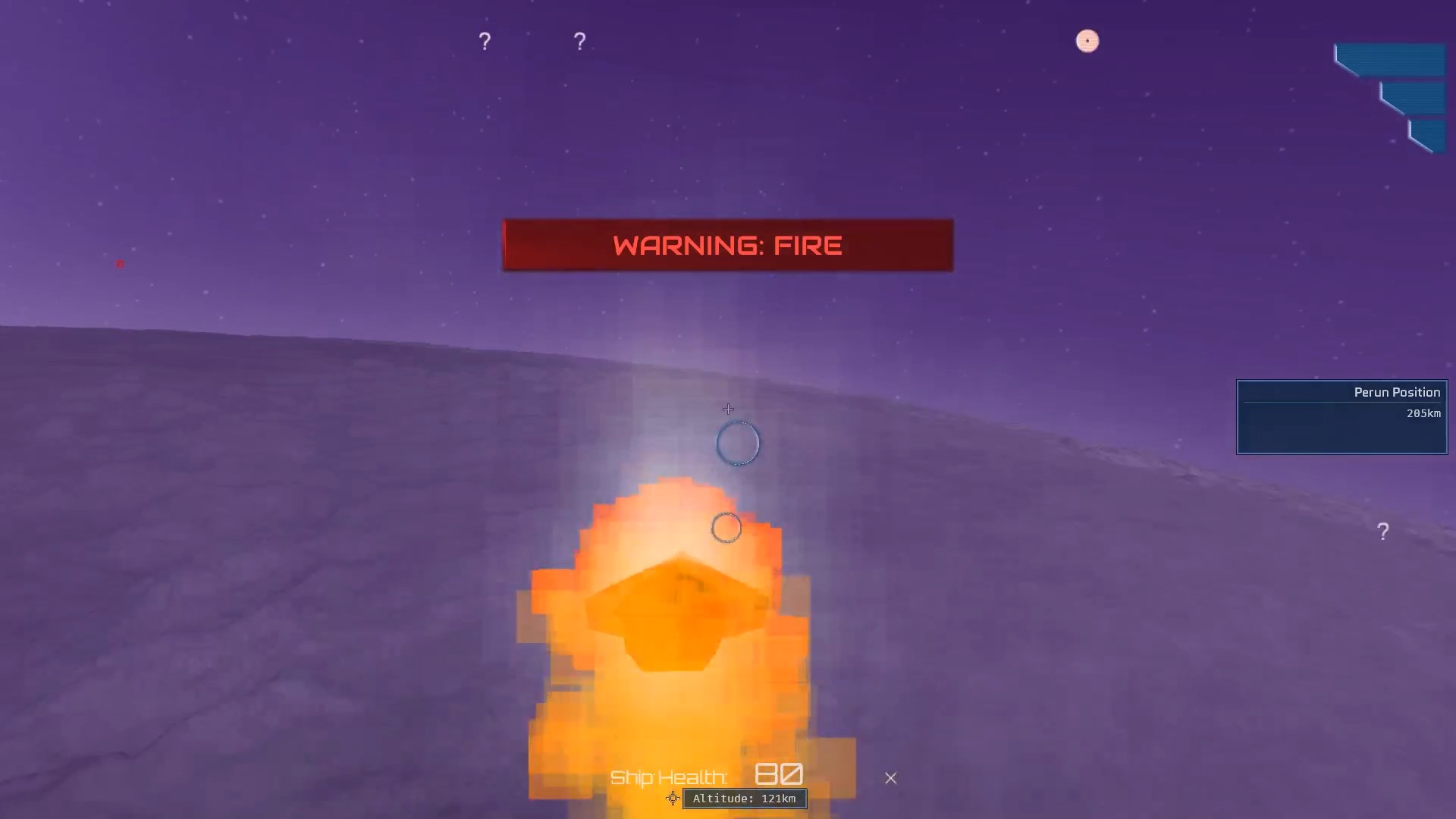 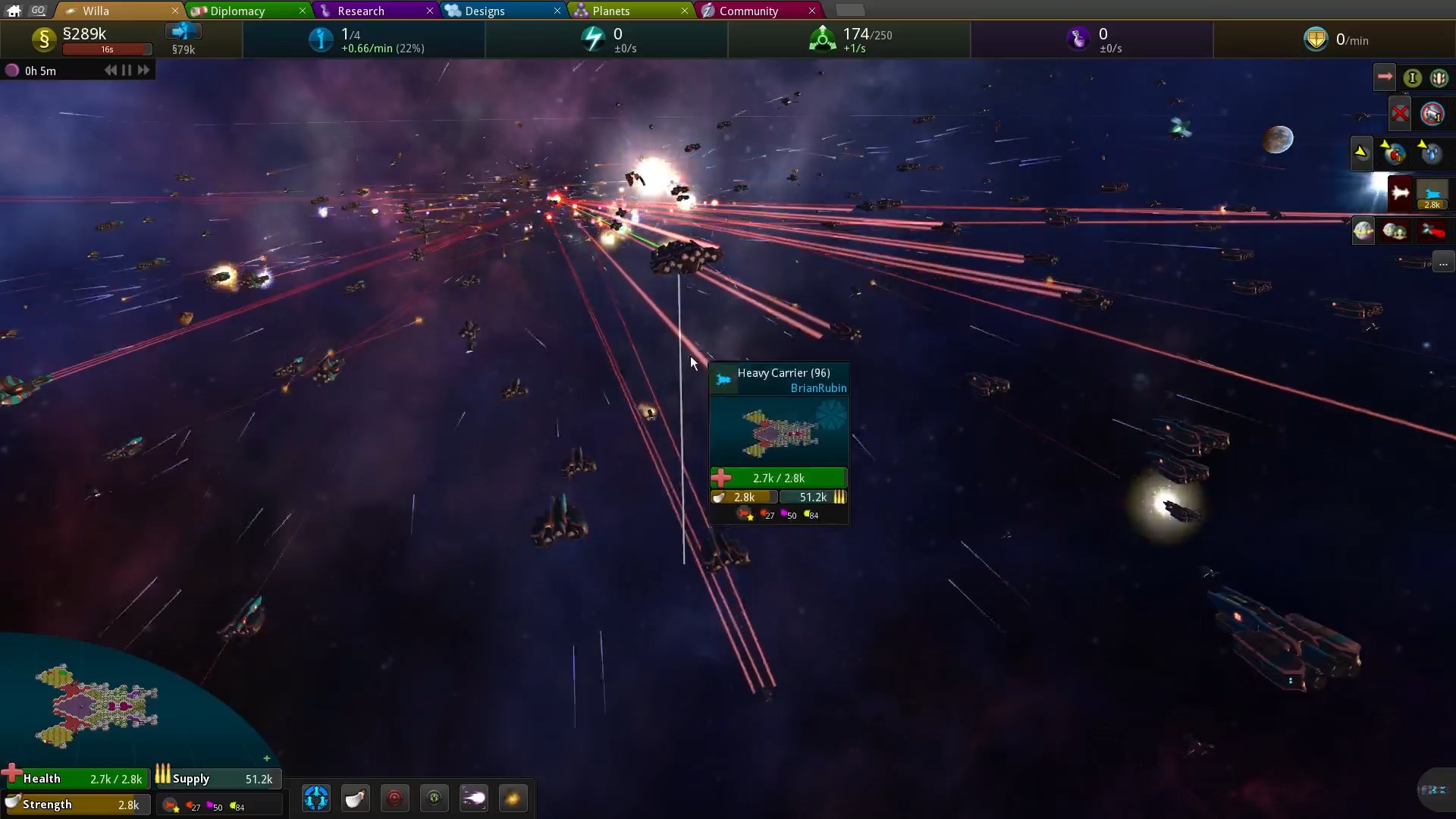 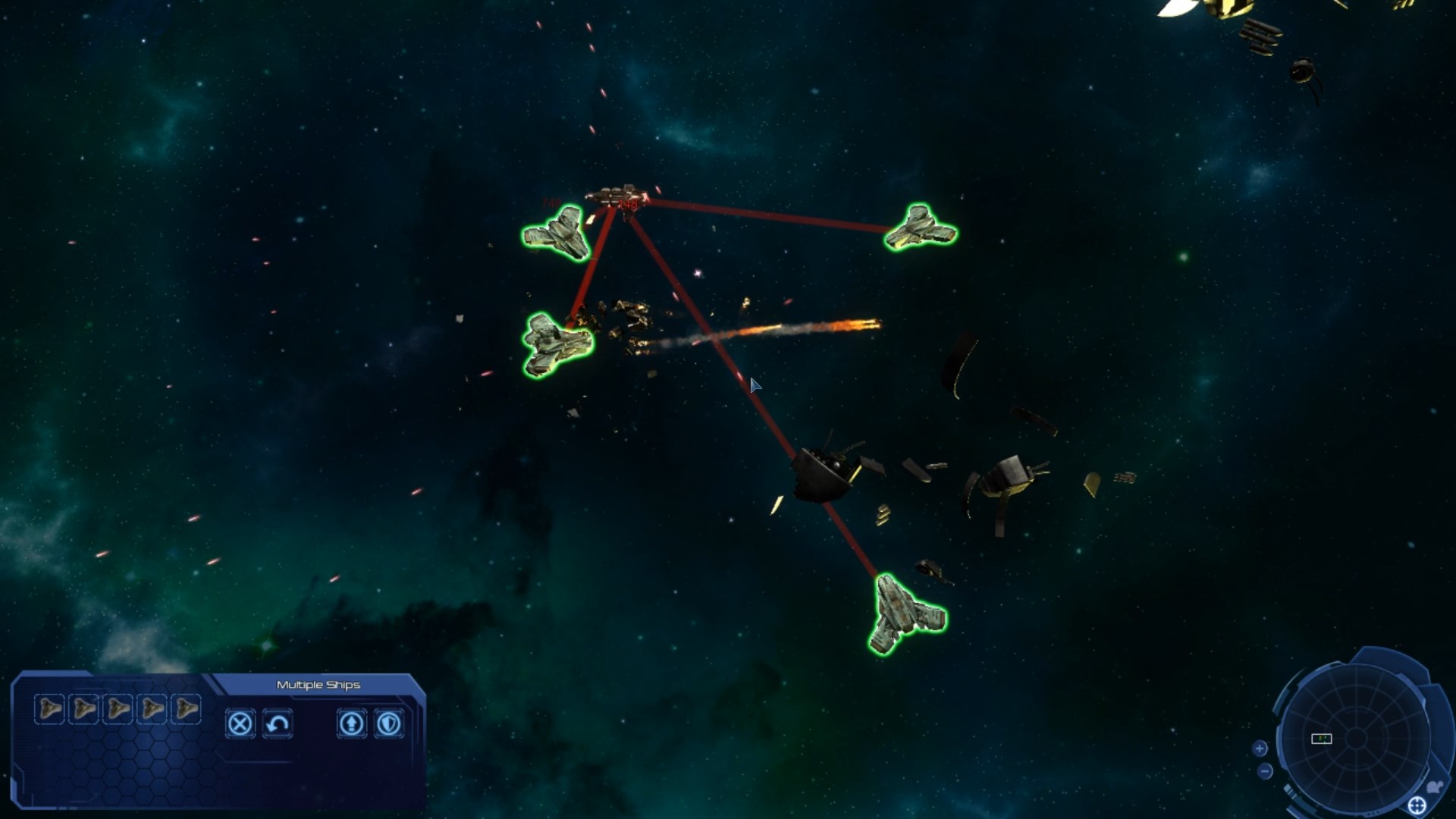