I’ve backed a lot of projects on Kickstarter, most of them space games, as you can see. I try to be as supportive as I can to small, medium and large spacey games on Kickstarter, Steam Greenlight and anywhere else I can. However, today I had to pull my pledge for Elite: Dangerous with some sadness. Why did I pull my pledge? One update in nine days is why. ONE.

I’ll admit I’ve had problems with the Elite: Dangerous Kickstarter campaign from the start, for a variety of reasons (lack of visuals, confusing tiers, lack of clear goals and/or transparency, etc etc…). This got me to thinking…why are some Kickstarters so successful while others aren’t?

In my day job, I work in Search Engine Optimization, and have successfully done so for the last eight years. If you aren’t aware of what SEO is, don’t worry, most people aren’t. If you don’t feel like reading Wikipedia, to summarize, SEO is basically a way of making websites better for users and search engines so they rank higher in search engine results pages, or SERPs as we call ’em. There are many facets to SEO, such as content generation, tag manipulation, link building and so on, but ultimately the goal is to offer users the best user experience a website can offer in order for them to not only to visit the site, but remain there and ultimately convert from a visitor to a customer.

Now I’ve been looking at the Kickstarter campaigns I’ve been backing as well as others, and have noticed a bunch of commonalities present in the successful campaigns and the failed ones. I’ve been thinking of writing an article with my observations not just as a neat idea for an article, but also as a resource for game developers who might be looking to use Kickstarter for their own projects. Let me say, I’m not a video game marketer or a PR person, but I’d like to think that nearly a decade in Internet Marketing has given me a useful perspective, and it’s that which I’d like to share. :)

First of all, before moving on, I’d like to explain what I think Kickstarter is. While some claim it’s simply a pre-order system, I feel it’s much more than that. Kickstarter is a hype machine, a way to generate trust, faith and goodwill amongst fans and potential donors, and a way to give users a level of access they’ve not had before. It’s a way not only for developers to ask for money (and some appear to see it only as this), but a way to share their belief and conviction about their project with new people, and to ask people to join them in their journey to bring their dream to reality. A good Kickstarter campaign conveys this passion, conviction and belief, enough that people who share these qualities feel confident enough in the developers to give them their hard-earned cash.

Now, with this idea in mind — that Kickstarter is a method to generate trust, hype and goodwill about a project by enhancing a user’s experience and expectations — there are many elements I’ve noticed in a successful Kickstarter campaign, and these include:

The best Kickstarter campaigns, I’ve noticed, have been clear and up front with their goals, such as how far along they are in their project, where the Kickstarter funds will go to help with project completion, release dates and so on. By having clear goals from the start, users like myself feel they can trust the people behind the project a little bit more. Explain everything in a clear and concise manner, with well-written content that conveys both your passion as well as trust in the intelligence and passion of your potential fan-base.

To bring up Elite: Dangerous again, their tiers just…don’t feel worthwhile. Around $20 US just to reserve my game name? Really? Many campaigns give you a copy of the game for that price. I’ve also seen some campaigns, such as SkyJacker, restart their whole campaign because their tiers weren’t clearly defined, causing user confusion. Good examples of clear tiers include the campaigns for Planetary Annihilation, Auro and Star Citizen, all of which clearly lay out each item in each tier as well as cumulative rewards. Having clearly defined and explained tiers is an essential component to a good campaign, I believe.

This is a sort of nebulous one, but still the main reason I canceled my pledge for Elite: Dangerous. I’ve seen Kickstarter campaigns with normal updates fail, while others have succeeded (I have a thought as to why in the next bullet point). Regardless, regular, clear, well-written updates are essential, as they help convey a feeling of excitement from the people running the campaign, as well as add to the transparency of the whole thing. Mentioning both Star Citizen and Planetary Annihilation again, these campaigns have had regular, copious and interesting updates that make users both excited and more informed about the project, and also add a sense of community and belonging.

I’ve seen other campaigns with just a few updates throughout the life of the campaign, and even those felt passionless, lacking both excitement and conviction. I mean heck, if the developer isn’t that excited about their project, why should we be? Ultimately, the developer is trying to sell us on their dream, their idea, their passion, but if their basic pitch nor their updates reflect this, they’ll have a hard time convincing folks that they should fork over their money. Overall, if you’re passionate about your project, share that passion with us in updates that include well-written content, video, images and so on. That kind of commitment will go a long way in convincing us to share in your dream.

Many of the campaigns I’ve seen fail have this one thing in common: They ask for too much money. You may have a great project with fantastic graphics, a wonderful premise and lots of updates to share with us, but if you’re asking for a lot of money right up front, folks like me might wonder why. I mean sure, campaigns like Planetary Annihilation and such had high goals, but they also had a huge team with a well-established and beloved history of games behind them. Not everyone can offer that. Many of the projects I’ve seen succeed I think were helped by keeping their financial goals humble and realistic. I’ve also seen projects with a great pitch, lots of updates and a passionate team fail due to possibly asking for too much money.

I mean, look at FTL and StarDrive. They were asking for very small amounts compared to other, better known projects, and yet they passed their goals several times over. I knew as little about these teams going in as I did about campaigns with larger goals and prettier graphics, for example, but I believe because these smaller projects kept their goals small and realistic, combined with other factors listed here, they succeeded in grand style. It’s hard to give exact advice on this because hey, if you need $650,000, you need $650,000, but maybe if you need that much, you might need to line up more investment capital first. Overall, realistic and humble financial goals seem to really be an asset when it comes to helping a Kickstarter campaign succeed.

This is also a hard one to define, but here goes. ;) When I’m reading a pitch for a game, I want to feel like I’m being told everything up front. This goes along with the clearly defined campaign goals, but it’s more than that. When I read a pitch or an update, I want to feel like I’m learning everything available about a project. The inspiration, the background, the current progress, the plans for the future, all of that. If I feel like I don’t have the entire picture, I’m much less likely to donate to a campaign, no matter how cool the project looks. Now it might seem I back every PC-based space game that comes onto Kickstarter, but that isn’t the case. There are plenty I’ve passed on because, after reading the pitch and watching the video, I still felt like there were pieces missing. Being up-front about the project’s past, present and future goes a long way to helping convince fans to part with their money.

Not everyone can afford a fully-edited pitch video with music and special effects and the like, and we don’t expect that. We do expect a level of professionalism in you campaign, however, and if we don’t see that, I’d guess folks would be less likely to donate. Don’t try to be clever or funny or whatever, just be honest, sincere and forthcoming. I’d much rather see a pitch that was earnest in its presentation rather than one that was trying to make me giggle, as some have appeared to do. Seriously, some of the videos I’ve watched have ranged from unintentional hilarity to outright discomfort. Be serious, be sincere, be professional in not only your pitch, but your updates and your comments with fans. It goes a long way.

Make the Strongest Pitch You Can

I’d like to tie it all together into my final piece of advice. The initial pitch is the most important piece of the puzzle. Your pitch needs to be well-written, passionate, exciting, transparent and clearly defined, or else it will lead to people looking elsewhere for their next project to back. Your pitch shouldn’t just be about asking for money, but WHY are you asking for money, and why is your project worth our time, our attention and our funds. If your pitch ultimately says “Yeah, I’ve been working on this project for a while, it’ll be awesome, give me money and I’ll show you why,” that likely won’t be enough.

If your pitch doesn’t connect with potential fans due to not being passionate, transparent or informative enough to grab fans in some way, you’ll be done right there. Again, looking at projects like Planetary Annihilation, their pitch was one of the best I’d ever seen. It basically told people in clear, professional language, “Hey, here’s who we are, here’s why we love the idea of this game, and why we think you’ll love it to.” They also trusted their potential fans to come on board after bearing witness to their passion, excitement and professionalism.

I hope y’all don’t mind the wall of text, but this is something I’m passionate about. I’d love to see every professional, well-made Kickstarter campaign succeed if possible, so I hope that someone finds this useful in their own journey toward getting their project funded. Kickstarter is a fantastic way to see your dream and your passion become something real, and if you put your all into the campaign, and if you treat it and its users with respect and trust, ultimately you’ll have a better chance of success.

I want to thank you for reading my hopefully useful ramblings, and invite you to hit me with questions or comments if you want to discuss this further. Have a great day, and to everyone thinking of starting their own Kickstarter campaign, I wish you the best of luck. 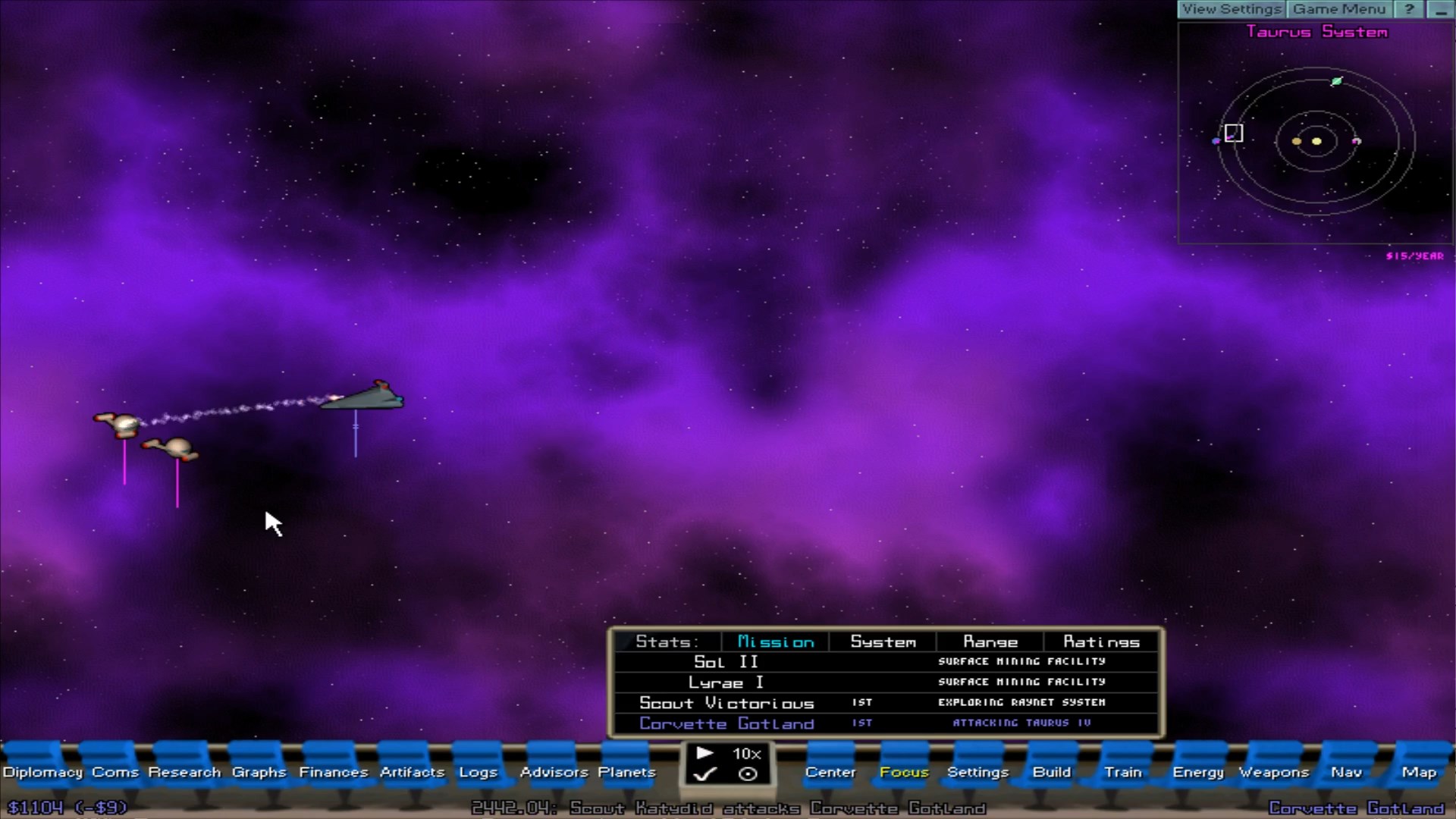 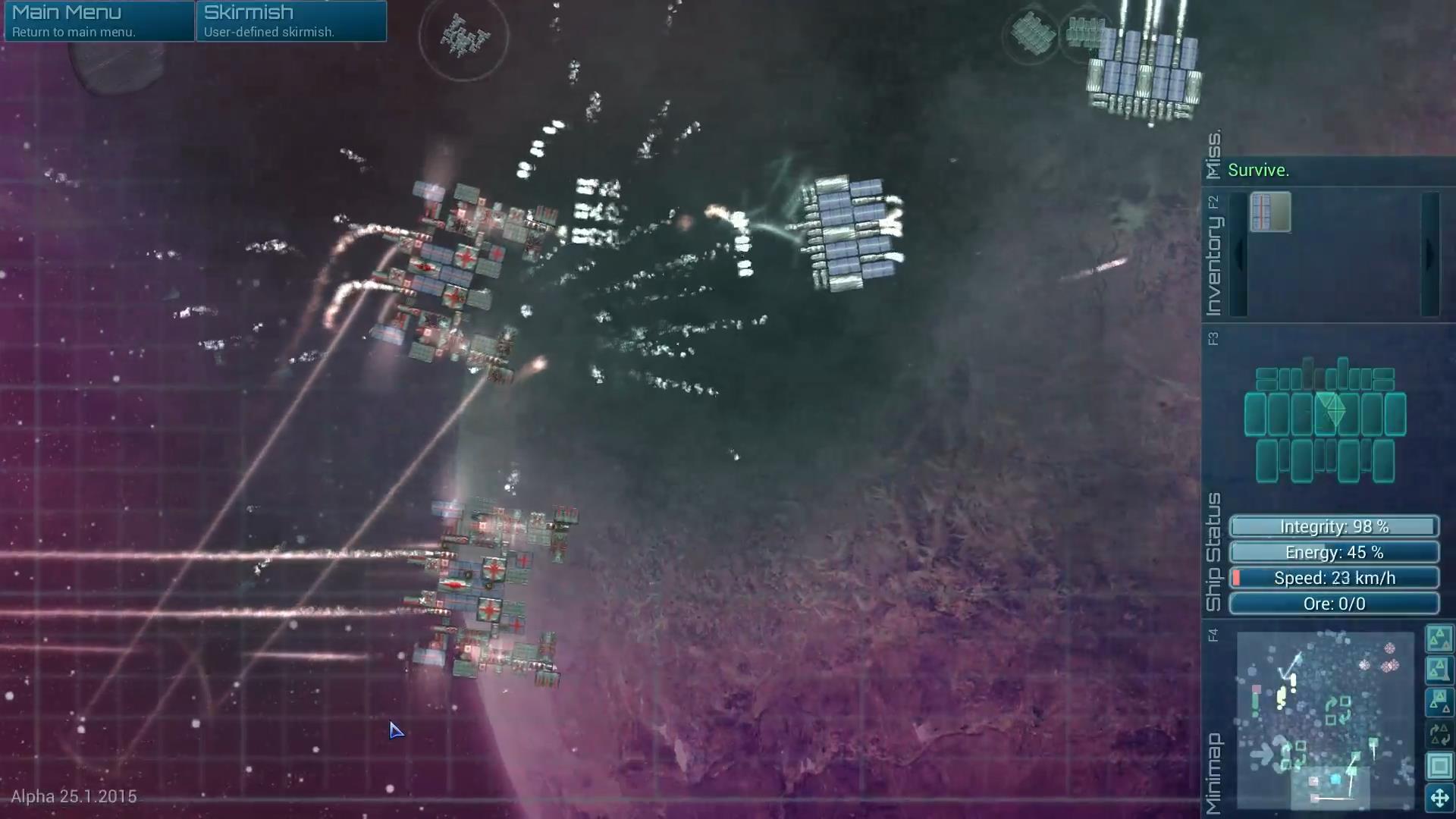 0 161
Nexus 2 Q&A with Most Wanted Entertainment

35 thoughts on “Off-Topic: Kickstarter Observations from an SEO Professional”