Hello my friends, and welcome to Monday! I hope y’all had a lovely weekend! Mine was super busy with barely any gaming (we drove down to San Diego to see some friends), but there was some! At the urging of a good friend, I got the remastered Mario & Luigi: Superstar Saga for my 3DS. I’d never played these games before, but WOW is it fun so far. Very charming, engaging and streamlined RPG. I also got a little Cosmoteer in, since we’re interviewing the developer on the Podcast tomorrow night. That is a fun game right there, and I can’t wait to talk to the developer about it.

I also found some surprise gaming! We went to Balboa Park for the 2017 Maker’s Faire. Balboa Park is this gorgeous park in the middle of San Diego, right near its famous Zoo, and has a boatload of museums to which the Faire admission also included access. One of these was entitled Game Masters, at the Fleet Science Center. I had no idea it was there, so when I turned a corner and saw this: 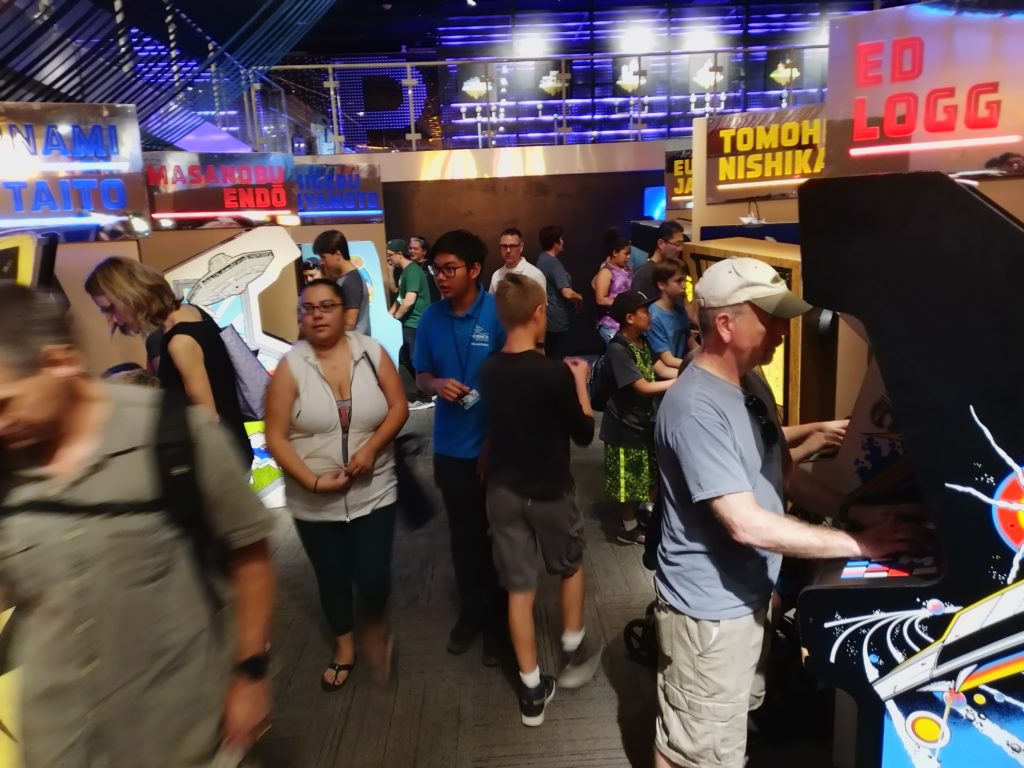 I was absolutely floored. It felt like an arcade of old! They had dozens of arcade games, from Centipede to Space Invaders to Elevator Action, to several Nintendo DS’ machines, to PC games like Deus Ex and Populous. It was basically a tour through much of video game history, and it was just a sheer delight, so I spent a good hour or so in there playing a lot of Tempest and Defender, for example. Such a great time, and worth visiting if you’re in the area.

That was pretty much the extent of my gaming, however, so while there wasn’t a lot, what there was was pretty solid. Now let’s move onto the news:

As far as sales goes, Steam’s Weeklong Deals have a few tidbits, but nothing super exciting. GOG has some big sales, such as their 2K Sale which includes X-COM Interceptor, and their Paradox sale which includes Sword of the Stars!