Edit: Wow, I was so out of it when I wrote this I gave it the wrong date! Hahahaha! :)

Hey folks, welcome to Monday. I’m taking a break from studying CSS as I write this because I’m super stressed and have failed the practice quiz two out of three times so AAHHHHH (hence the title). The test is tomorrow afternoon and OMG I HOPE I PASS. Seriously, it’s $100 for two attempts, and I’d rather do it in one. JavaScript felt way easier than this. Likely because JavaScript is more coherent and consistent, whereas CSS is all over the damned place. Once I do pass (and I will), I’m moving onto learning PHP! Yay!

Moving on, this week’s Game of the Week is After the Empire, the follow-up game to a game I really enjoyed, The Viceroy. The two games couldn’t be more different, however. Whereas The Viceroy dealt with the nitty-gritty minutiae that was managing territories needing to rebuild after an Empire-wide collapse, After the Empire is a much more higher-level affair. You manage territories in a Milky Way abandoned by its former rulers, ascending to…wherever they are now. As one of the ruling AI that is left, it’s up to you to unite the territories through war and show the newly-ascended folks who’s boss. It’s basically a futuristic wargame, as there is no diplomacy to speak of. At first, even after tutorials and such, I was having trouble groking it, but spoilers, I eventually do kinda mostly click with it, and find myself really enjoying the ride.

Also up today is a video of the upcoming space fighter sim, Starfighter Origins. It’s due out in a week and….yeeesh, it might not be ready. After spending over a half an hour just setting up my HOTAS properly (it took forever for it to finally accept my rudder pedals for roll. Seriously), I found the controls kinda ridiculous (why is my ship sliding from side to side FOR NO REASON). I then switched (in-game, so props for that) to a gamepad and had a slightly better time. This was until the second sim mission, wherein my controls apparently rebelled and crashed my ship multiple times. Seriously, the ship flew itself into the ceiling, like it was committing suicide. Ugh. Hopefully this crap can be ironed out by next Tuesday.

This past weekend didn’t leave a lot of time for gaming, sadly. Besides the aforementioned games I played above, I only had time to fit in some Shadow Warrior 2 — which OMG fun, why did I stop playing this again? Oh yeah, the UI for the powerups, which they seemed to have dealt with a BIT — and to record some Starfleet Academy for tomorrow’s podcast. Sadly OBS did not want ANYTHING to do with Starfleet Academy, so I had to use Action! to record it, which it did, thankfully, but it kept the overlay even when I told it not to in the options. Not nice, Action! I played through only the first mission like 3 times because FUCK THIS GAME. Seriously, it’s awful. Oh, and I also got in a little Stardrift Nomads, which was really fun!

Shadow Warrior 2, on the other hand, is just a delight all the way through. Fast-paced, gorgeous, violent and varied, it’s just such a fun shooter/slasher. I basically decided just to ignore the egregious amount of powerups and the silly interface from which to manage them and just killed as much as I could. It was pretty great, and I hope to get more time with the game this week. Hopefully tonight, because after all this studying I need to kill a virtual something.

Lots of news this weekend, so I’m gonna do a quick bullet point list:

In sales, GOG is having a weekly sale that includes plenty of space games (but it’s odd that it has Star Wolves 1 and 3, but not 2), and Bundle Stars has a Dollar Dash 4 bundle that allows you to get the amazing Dead Effect 2 for $1, which is a massive steal if you ask me.

Finally, it’s not a space game, but starting tomorrow, you can try the fanfabulous Elder Scrolls Online free for a week, so do so! It’s great!

That should do it for today. Thanks for reading y’all! 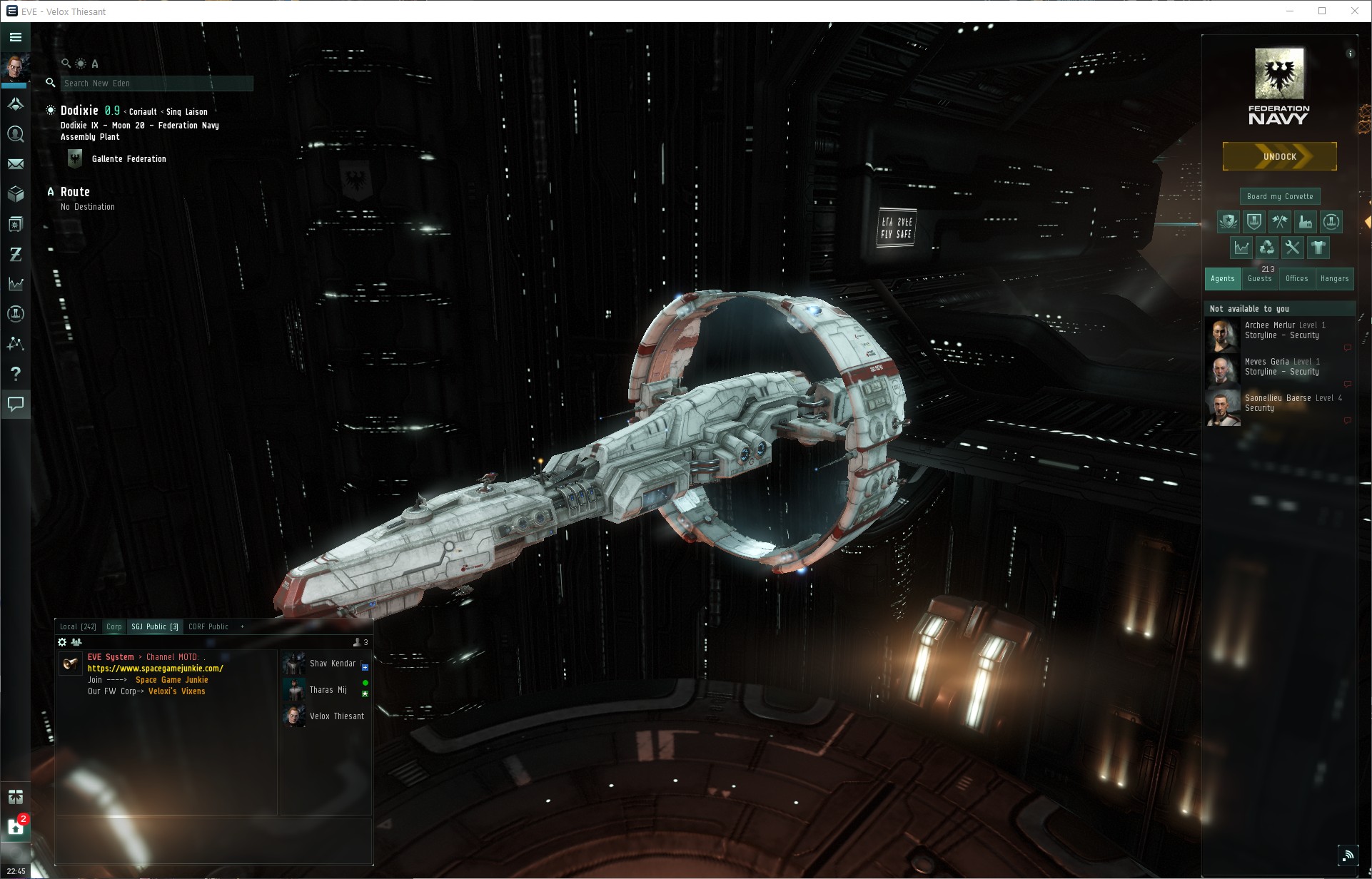