Recently, many of the folks who were working on Star Citizen — including Eric Petersen, responsible for one of my favorite RTS games ever, Conquest: Frontier Wars — broke off to form their own company, Descendent Studios. Many of us were chomping at the bit, wondering what they were gonna work on. I mean these are some talented people here folks. Welp, our waiting paid off recently when they announced an official and awesome looking follow up to the original Descent series called Descent: Underground! As a big fan of the original series (the second game especially), I had to know more, so I was grateful when a Q&A opportunity presented itself. Below you’ll find my questions answered by Creative Director at Descendent Studios, Robert Irving. I hope you enjoy them, learn a lot more about the game, and then feel compelled to kick ’em a few bucks. :) Enjoy!

Brian Rubin: Thank you for taking the time to answer my questions! First off, why Descent? What prompted you to choose this particular brand for resurrection?

Robert Irving: The easy answer on that is “Because it’s Descent!” But I suppose that doesn’t answer your question fully. First and foremost, it’s because the play style was so unique, and that specific gameplay – smart, strategic, first-person combat with full multi-dimensional flight – deserves a new entry in the 21st century. There’s also a degree of nostalgia for those of us who spent a lot of hours with that game back in its heyday.

BR: Much of the game seems focused on multiplayer matches. Will these matches be self-contained or is there any kind of larger meta game (such as controlling territory in an asteroid field) involved?

RI: There is a degree of focus on the multiplayer matches for our early timeline, since that’s the most reasonable way to get all of our mechanics up and running and in the hands of players while we continue towards our real goals. Many of the matches will be fairly self-contained in the early going – partially because that’s the sort of multiplayer that is most accessible to those who don’t necessarily have endless amounts of time to play. But there is somewhat of a meta-game, both in the tech trees and customization of ships and in the overall rankings of players and teams, which leads to in-game sponsorships and the commensurate rewards. I’d certainly like to add even more of a meta-game in the long run, but we have to make sure that we stick to our core design while we get this project off the ground.

BR: Beyond their material makeup (i.e. ice, rock, etc), how else can asteroids differ, and how large can they get? For example, can you have a massively large asteroid that might hold a hidden temple, or a small asteroid with little room to maneuver?

RI: Hidden temple? That’s an interesting thought. But who would have put it there?

One way in which asteroids will differ is the level that they’ve already been developed by humans – whether they’ve been mined extensively and reinforced along the way, are newly-dug (with a lot of mining and exploration for players), or perhaps have even been converted to bases or way stations. Then the terrain can vary even within a single asteroid. Hazards can be scattered throughout, and those might move from session to session, as can the destructible parts. We’ll have combination of small and large asteroids, some with rather large open areas and others with only small, tight spaces that are perfect for epic 1-vs-1 combat.

BR: Will the asteroids themselves be moving, therefore your map will be moving around you, or will they be a bit more stable as in the original games? Personally I’d love to have them moving around they player, but that might just be me. ;)

RI: Eek! I’m trying to envision flying in six degrees of freedom, wearing an Oculus Rift and having the whole level move around you! That sounds like it should be played on an empty stomach. I think for now, we’ll keep the maps still.

BR: Now it looks like earning in-game credits through matches is the main area of progression in the game, based on what I’m reading, whether through slaying enemies or gathering ore to be returned to a harvester. These credits then improve your current ship or buy new ones, apparently (please correct me if I’m wrong). Besides this, are there other avenues of progression, such as a skill tree or anything of the sort for various buffs and the like?

RI: You’ll earn credits for a number of different roles: each ship will have a chance to shine! The general idea of progressing is via customizing your ship – both cosmetically and via the tech trees. We’re intending for the tech trees on the ships to be fairly extensive, which then plays back into matchmaking and team play. We’ll reveal more of that as design progresses, of course. We have no intention of any sort of skill trees.

BR: Now I see there’s been some kerfuffle over the single player gameplay, which is something I’m personally very interested in. While I see a bit of information has been added in regards to this (i.e. a mini campaign will ship with the game, with more to be added later), I would really love to know more. Could you, therefore, please flesh our your plans for the single player portion of the game in terms of story, features and the like?

RI: The big super-plan is for there to be a full campaign in the long term. That’s really what all of us would like to do. I personally am really intrigued by what we can do with the original style of maps – maps that were sort of like puzzles just based upon the obstacles and the actual construction of the levels – with the extended gameplay options that we’re going to add. So initially, we’d give a hint of the bigger story, and provide a few replayable single-player maps, with the intention of eventually broadening that.

Unfortunately, I can’t really tell you anything about the story yet, but it has already been discussed quite a bit.

BR: Will the player be able to play the various multiplayer match game types against bots alone?

RI: Really, the bots are more for the single-player style game than the multi-player. While it might be nice to add that sort of thing in the long run, it will take a lot of work to get the bot AI right for all of the different multi-player objectives, so we’ll focus on bot-specific single-player maps at first, and then maybe go back and expand the other maps to include both.

BR: One of my favorite things in any of the games was the Thief Bot. I thought that brought a love little wrinkle to the game that emphasized a lack of permanence. Will there be anything like that in Underground that will rob the player of a specific advantage they thought they had, like the thief bot did, for example?

RI: I think you’d find the audience somewhat divided on how lovable that little dude was! That being said, we haven’t ruled either for or against the thief bot or perhaps other novel opponents that can serve as a new generation of pests for making your life miserable.

BR: As much fun as weapons and deterrents are, will the player have any other tools at their disposal to maximize any tactical advantage, such as probes to find enemies, cloaking devices or decoys to throw them off?

RI: Yes! We’re definitely expanding the arsenal to go along with some of the new roles that player drones can play. More on that later, though.

BR: Might I ask why you went with the Unreal engine, and what benefits you’ve found in using it over other available engines?

RI: That’s really a question for Jason, of course, although I think he’s doing a blog about that this week (Edit: Yes he is.). The simplest answers are that it supports the graphical fidelity that we want to have, there’s vast availability of resources and talent, and it supports multi-player out of the box.

BR: Does the engine allow for destructible environments, so you could, for example, cause a cave in near your enemies and trap them, for example?

RI: There are certain features of the engine that could support a number of our goals for destructible environments, but we’ll have to investigate the technical feasibility of those things before we decide which precise functionality we want for the game.

BR: If the Kickstarter is (sadly and hopefully not) unsuccessful, what is plan B? Alphafunding, for example, or another campaign down the road?

RI: We certainly hope we don’t need a plan B! If we happen to connect with people who have alternative revenue streams in a timely fashion, we would certainly consider it, but I think that for most of us, we’re doing this for as long as we can, and then we’ll have to practice making coffee.

RI: Really, the biggest challenge has just been getting our messaging right. We came into this with a solid idea of the sort of game that we wanted to make, and I don’t think we did the best possible job of explaining that out of the gate. Fortunately, I think we’ve made strong course corrections over the early parts of the campaign, and I hope that helps people see exactly what we want to deliver.

The biggest surprise is how much effort goes into just the day-to-day maintenance of the campaign. I figured that we’d have a lot of time to do hard-core development in parallel, and that hasn’t been as easy as I had thought.

BR: Finally, what are you most excited about in regards to Descent: Underground that you would like to share with fans and potential backers?

RI: For me, the most important thing is remembering how amazing Descent was and then thinking just how much bigger it can be! We don’t want hundreds or thousands of people being nostalgic about Descent in 20 years’ time: we want millions!

BR: Thank you for your time! 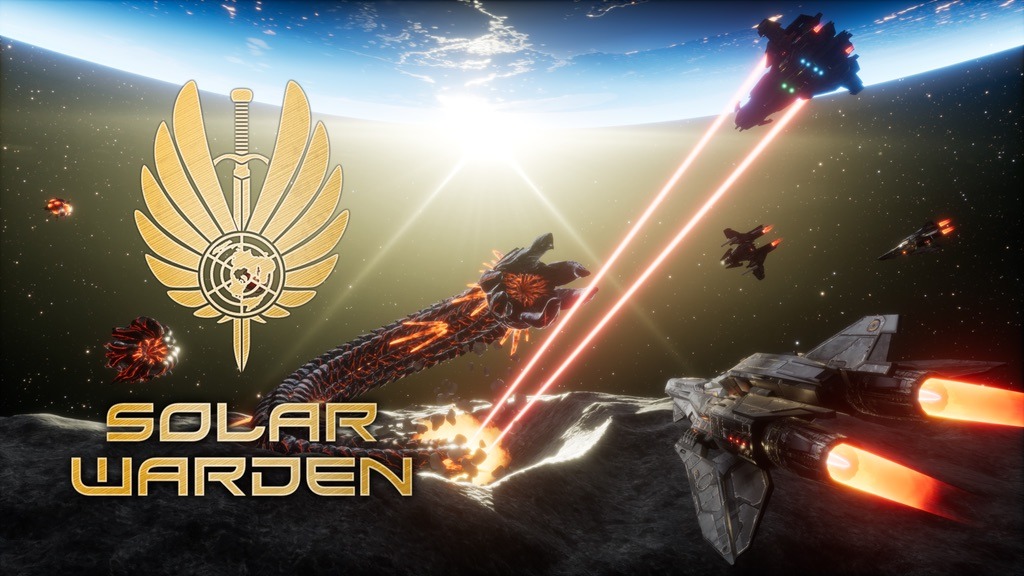 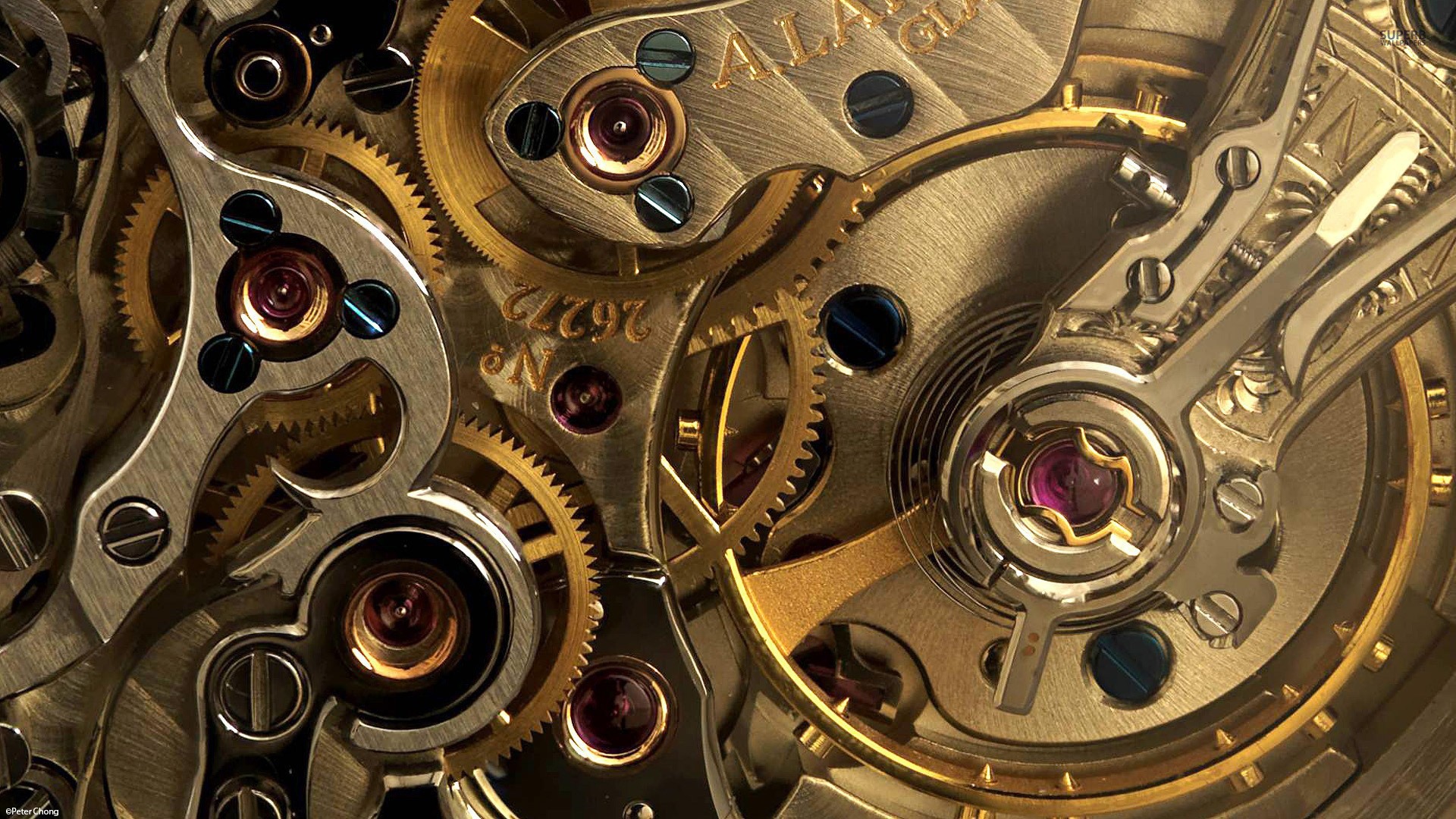 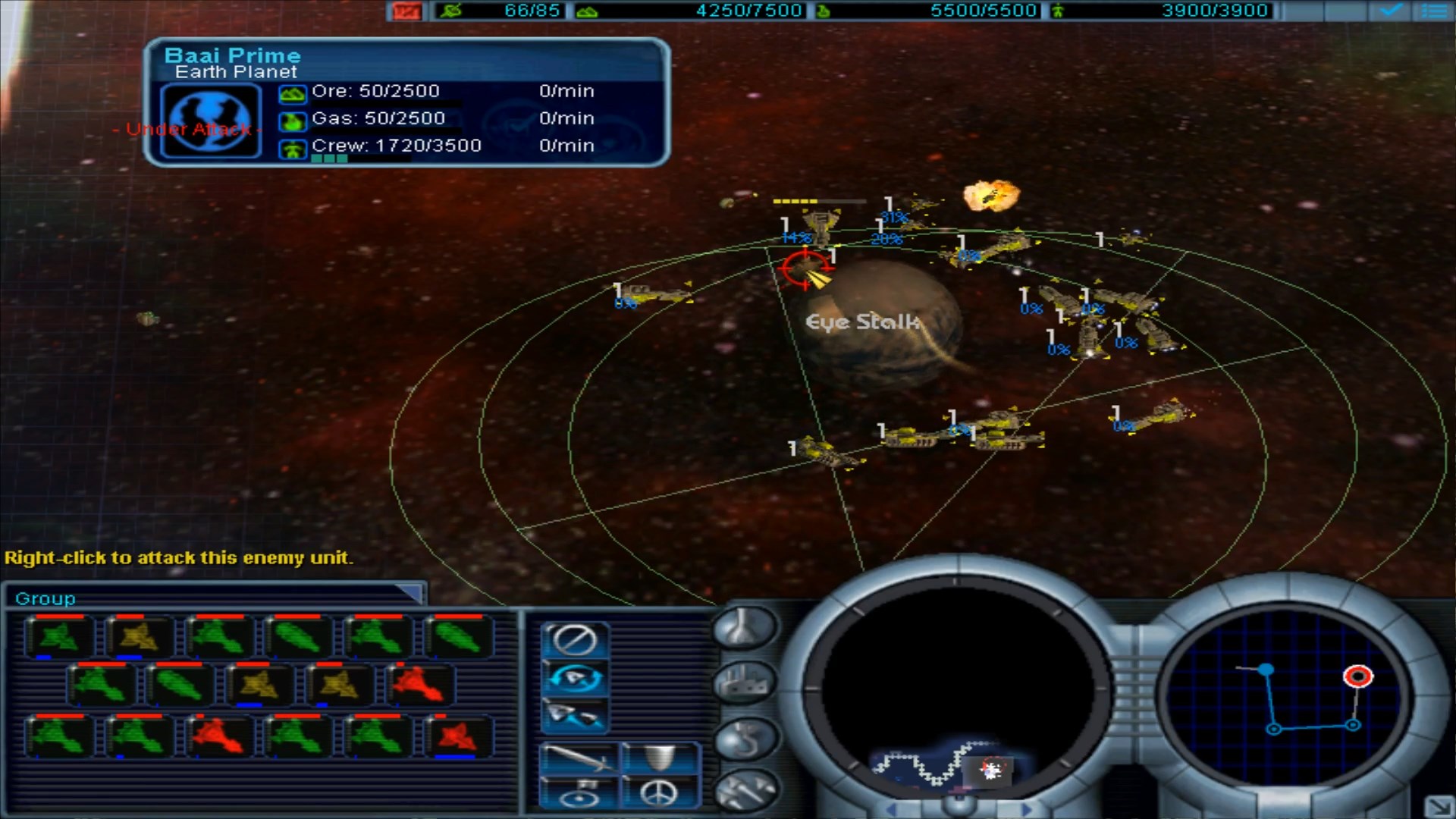 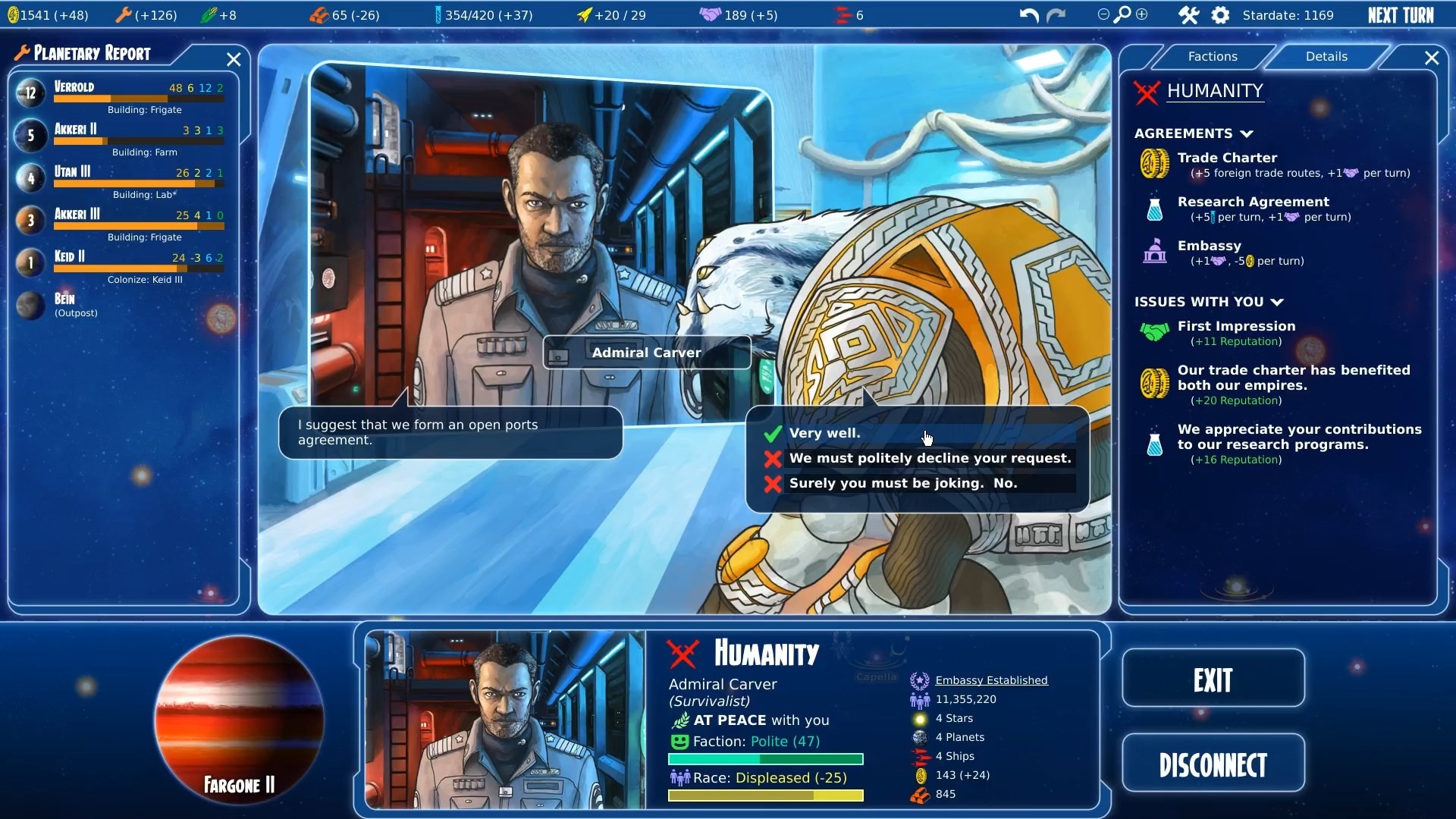