A little while back, I did a little video for Contact Vector, an exciting capital ship RTS currently undergoing a Kickstarter campaign. I really enjoyed my time with the demo and, to find out more and hopefully get more eyes on the campaign, I reached out to developer Stephen Moorhouse to ask him more questions about the game, and what follows is a Q&A that gives some great detail on the combat, single player and supply portions of the game and more. I hope you enjoy it, and thank you for reading it. :)

Brian Rubin: First off, for those who don’t know, could you please tell us about Contact Vector and how it came to be?

Stephen Moorhouse: Sure. Contact Vector is an RTS set in space. It’s really the product of two peoples imaginations who had similar ideas about what they’d want to see in a strategy game of this type.

Brian: I had a lot of fun with the demo, but found it really slow down during certain portions of the game. Could you explain here what you thought slowed down the game and what can be done to fix it?

Stephen: There are a few things about the demo that make it not production quality code. I a sense playing the demo is looking at a brain dump for how we want some of the interface to work, it’s just a prototype. So nothing is optimized and none of the models LOD and the demo doesn’t really use any of the other tricks developers use to make things run smoothly. The path planning code should also get its own thread so it doesn’t stop the game intermittently like it does. The path planning on the surface looks like a very simple problem, but in order to make an appreciable dent in it I found myself reading robotics papers on motion planning at three in the morning. The solution we use in the demo is definitely not complete, so there’s still a lot of work for me to do there as such I never got round to hiding its rough edges. Then there are the missiles. We’re using the non-pro version of Unity3d to develop, it’s a great tool but the pro version (which we’ll move to once we have funding) supports lots of whizzy post render effects like motion blur, bloom and distortions. We had to use lens flares on our missiles to get round the lack of these features, it looks nice, but it’s really expensive. On that note, originally we wanted to use distortions on the shields, but we ended up faking it with a procedural noise mapped texture, seems to look pretty distorty, but in the finished product hopefully things will look better than that.

Brian: You have a Kickstarter currently going, but it’s sad to say it’s going fairly slowly. Have you learned anything along the way that you would differently were you to go back in time before the launch of the campaign?

Stephen: Oh god yes. Build your community before you go to the crowd funding, being the big one. That’s the main thing but there’s still a lot I don’t really understand about how to get the project noticed. We got a mention in RPS which was really good for us. It brought a lot of people to the site and we were really excited. At this point I thought getting other big relevant blogs to take an interest would be easier, but often they just don’t get back to you.

Brian: If the Kickstarter sadly doesn’t succeed, is there a plan B in the works, such as pre-orders and alphafunding?

Stephen: We’ll get there eventually. I think we’ll develop a bit more in our own time and continue building the community. We’ll give while and try the crowd funding again probably when more people are aware of our work.

Brian: I found the control system to be fairly intriguing in how you move ships around and give them orders. Could you explain how that all works?

Stephen: The main control system involves placing movement orders down, which gives you the motion plan of the ship (or group of ships in the finished game). The line you lets you put down orders for firing missiles, activating ECM or doing other things at a particular time along the path. Unlike other strategy games, this gives you the ability to coordinate offensives and have some idea of what your ships will do more or less exactly, as opposed to just having a vague idea your ships will go somewhere and start shooting.

Brian: Could you tell us about the two factions in the game and the background of the universe they inhabit, why they’re fighting and so on?

Stephen: The two faction in the demo are actually both friendly. The player will get to choose what faction they play with. The enemy ships are considerably more sinister looking.

Brian: I noticed that ships blow up real, real good. How many objects are ships made out of and what makes the models explode so well?

Stephen: We constructed exploding versions of the ships that get swapped in when a ship is done, the explosions are just particle effects and some lighting. We hope to do a much better job on the finished game, a whole damage system is planned where your ships get pretty beaten up looking before they crack.

Brian: So this looks to be a game of territorial control with random maps and resources. Could you explain how the single player gameplay unfolds over these maps?

Stephen: Initially you start with a small collection of worlds, and a small navy of pretty archaic ships. So your first few encounters find you on the back foot. The map is primarily composed of the star systems, and you have a limited set of forces to commit to any one. As we see it at the moment, you commit your ships and it takes a bit of time for them to get there, it’s not instant. Once your ships have arrived the presence of enemy forces means you’re committed to a tactical game (similar mechanics to the demo).

You’ll loose some strategic stuff at the beginning, but you get to try and take it back before taking the war to your opponent.

Brian: The game also has an element of supply which is something you don’t see a lot of in games like this, so could you explain how that works?

Stephen: In the background your government and ship yards determine what to send you. These get built in certain place and you can determine where they go on the strategic map. This has the effect that you can send them to places where you plan to engage the enemy. You can then jump your active ships in and start the battle, if you’re not wiped out straight away reinforcements will jump in continually until the battle is over. The amount and frequency of stuff you get will depend on what sort of state your colony worlds are in and possibly how well you’re getting on with the government.

Brian: With multiple ships, fleets and systems, what kind of interface are you putting together to help juggle all of this information for the player?

Stephen: The multiple ship interface will build on what you see in the demo. You’ll select the group and tell them where to go, you’ll probably see the lead ship’s motion plan by default. You have group firing orders to make things easy, and modes for default behaviors when engaging enemies and so on. Really if you get the single ship interface, the group ship interface should make sense to you. You’ll be able to split ships off of the group, rearrange their formations relatively easily, but it’s unlikely you’d do that too often as ships working together will accrue performance bonuses that would be lost with regular reassignments. 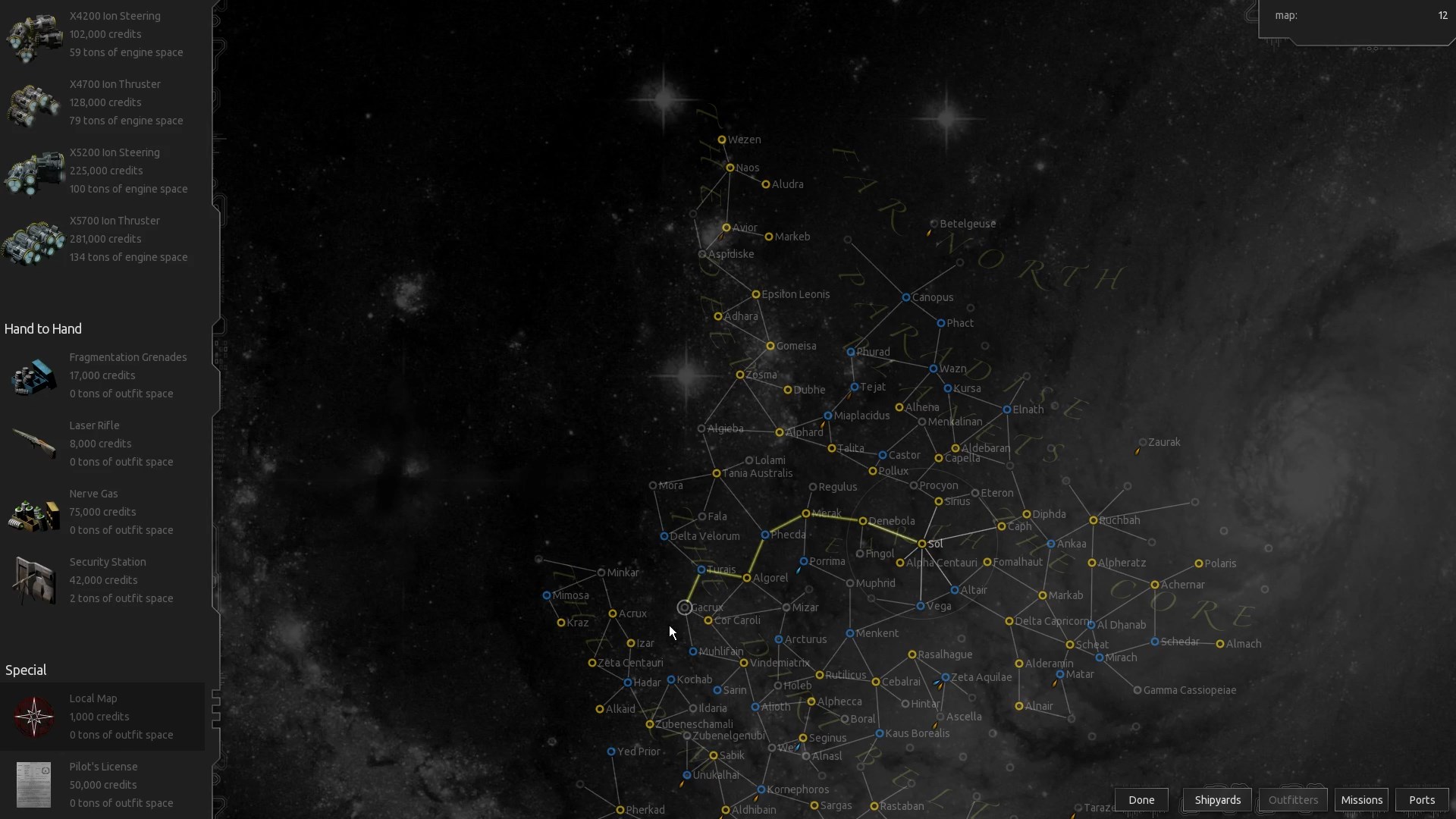 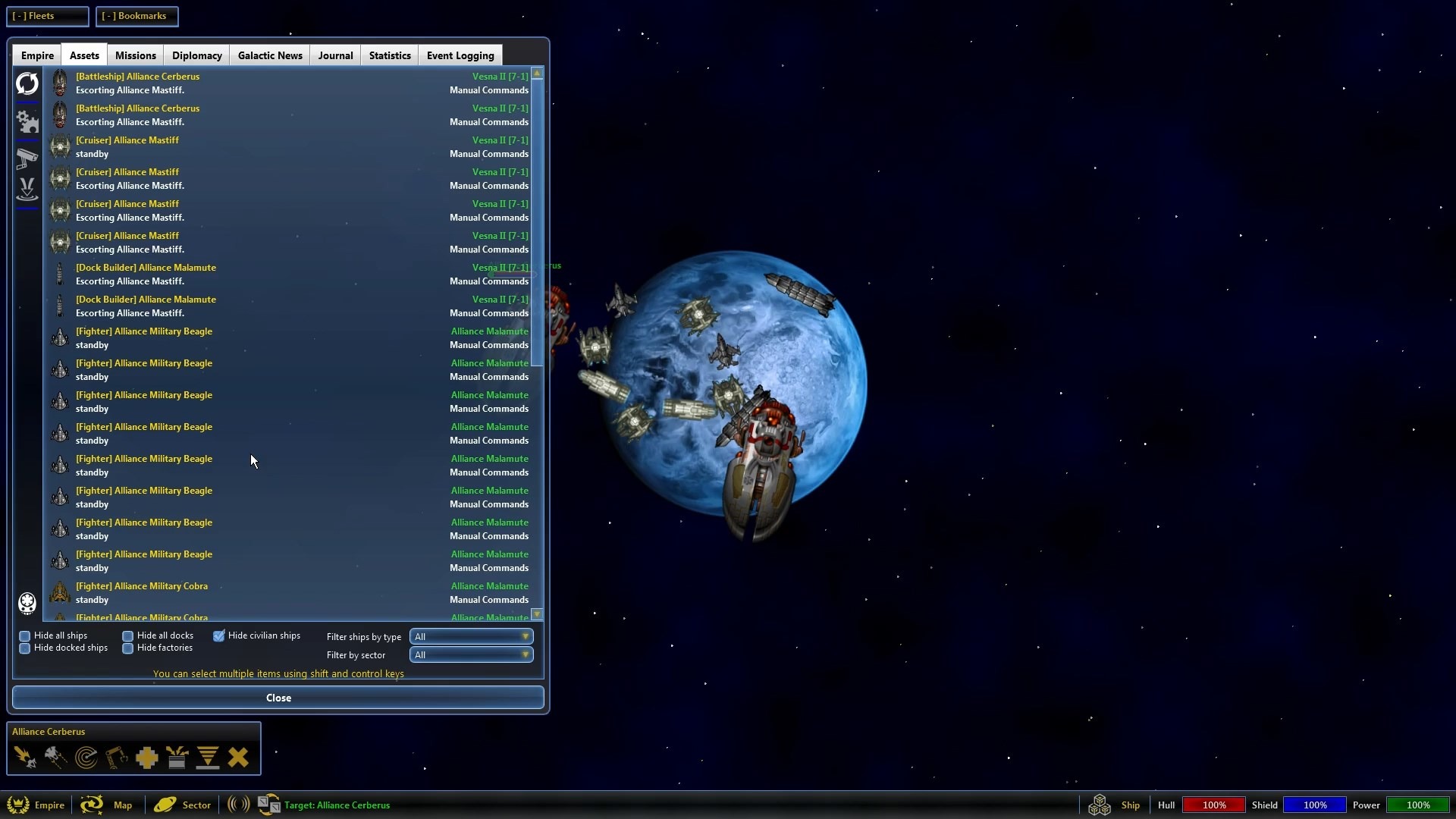 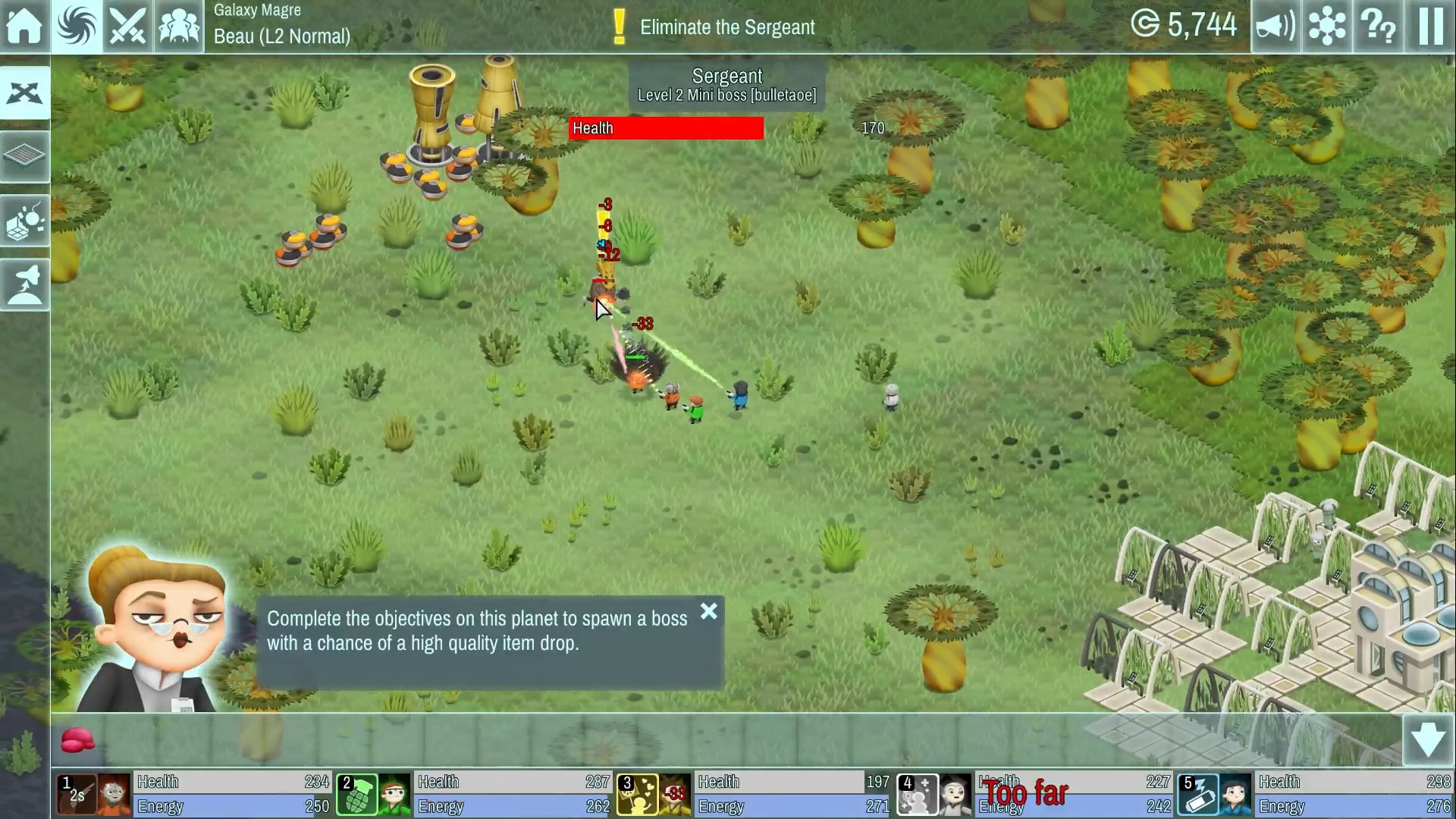 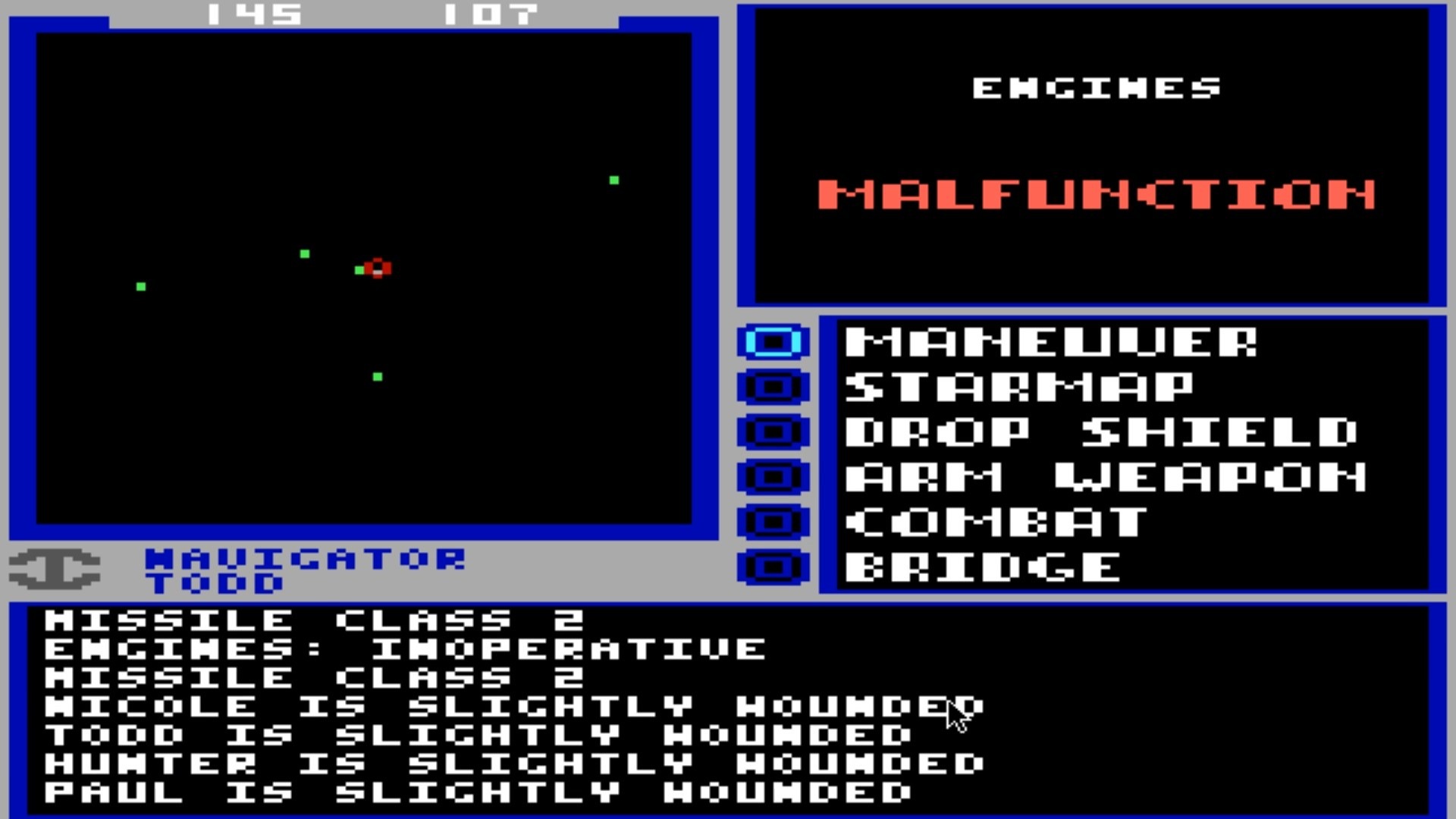