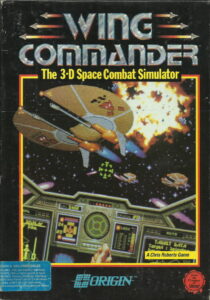 Welcome to another week of spacey gaming, my friends! This week, we begin a new multi-week series looking at the much-beloved Wing Commander series, starting with the first game in the series, 1990’s Wing Commander! The entire series will be on this playlist and already has the Privateer videos I recorded a little while back. I’m super excited to revisit this series!

On the Podcast this week (Tuesday, 5:30 PM Pacific, Twitch, YouTube, Mixer), we’ll be welcoming the developer of the currently-Kickstarting co-op space game, Undercrewed, and also will be among the first to be playing it live! Yay!

Thanks for being awesome everyone!

0 145
Podcast Request: Write Us With Your Questions, Comments or Concerns!

0 199
Consolification: Armada for the Sega Dreamcast