I usually don’t post stories on weekends (but when I do…herp derp…). However, in this case, time is of the essence. As I write this, procedurally generated space combat game Torchships has ten hours to go in its Kickstarter campaign. I just got back the answers to my questions from designer John Gillespie, and in the hopes of helping give the KS campaign a last minute boost over the finish line, I now bring you the full Q&A regarding Torchships. If you like what you read here, head on over and kick ’em a few bucks. Enjoy!

Brian Rubin: Thank you for taking the time to answer my questions. First off, when did you start working on Torchships, and what was the inspiration for its creation?

Brian: Combat in Torchships looks very detailed, almost like a naval simulation more than the typical space simulation. Could you tell us how you came to choose this method of combat, and outline the phases for those who might not have read about them on your blog, please?

John: I believe that realistic space combat takes place at ranges and velocities that preclude the use of first person out of cockpit views and ‘turn and burn’ dogfights – most engagements will take place at very long ranges.

There’s more detail about combat in my post at https://Torchships.com/2012/05/30/combat/. At a high level there are 4 phases – meeting engagement – maneuvering for advantageous position on your opponent in orbit around some type of masspoint, beam fire – firing your laser cannon at longer ranges – primarily harassment and electronics damage – but the the possibility of scoring a critical hit, missile launch – firing timed barrages of missiles and attempting to overwhelm your opponent’s point defense, and ‘knife fight range’ – combat and violent maneuver at close ranges using your rail gun and even your reaction drive as a weapon.

Brian: Your Kickstarter page mentions two of my favorite words, “procedurally generated”. Could you explain how the campaigns are created, and what form they take? Are they open, linear or branching, for example?

Brian: Building on the last question, since the campaigns are procedurally generated, could you tell us the type of universe we’ll be completing these campaigns in? Will we be able to go where we wish between missions in an open universe, or will it be more limited, like a military campaign?

John: At this point it is like a military campaign – branched scenarios linked within a campaign – but I’ve gotten a lot of feedback that players would prefer a more open universe – so we’re discussing that as an option.

Brian: What can you tell us about the background of the universe that Torchships takes place in, such as races, factions, history and so forth?

John: Torchships takes place in a future where almost every government, ethnic, and culture group on Earth has colonized nearby systems. Some of these cultures share systems or even planets – larger ones own entire solar systems.
There have been several incidents of ‘Very Bad Things’ TM caused by runaway self organizing software as Earth’s tech advanced so there is a very strong prohibition in surviving human cultures against using and/or researching any type of AI or advanced software. That means most ships and space borne weapon systems are manned by humans, not software.
At the start of the game warfare is at a low intensity level – with only brush fire conflicts and scratch built navies clashing between cultures that aren’t fans of each other. Most space combat is not to destruction – most actions are designed to cripple or drive off your opponent. This slowly begins to change as the larger powers drift into the first interstellar war….

Brian: What different types of missions can the player expect to undertake during these campaigns?

John: Escort, commerce raiding, raids on critical infrastructure or specific ships, planetary defense, rescue missions, interdiction and planetary assault – plus you will join larger fleets on big multi-ship missions (you will only control one ship in Torchships – but that ship can become more capable and you can eventually command larger ships).

Brian: Your game has both single and multiplayer modes. Could you detail the options available to both the single player and the player who wants to play Torchships with their friends?

John: There will be single mission skirmish mode – where you can either play against a friend or cooperatively against other players (one/one, fleet against fleet).

You will also be able to play the campaign cooperatively with a friend or even group of friends.

Brian: It sounds like you have to juggle a lot, between managing crew, ship systems, navigation, combat and so on. Could you explain how you’ve built your interface to handle all these tasks and yet keep the game manageable?

John: One method is by abstracting the crew management and ship systems quite a bit, with the focus on navigation and combat. At a realistic scales and ranges the problem is actually making sure that enough is happening to keep the game ‘fun’ – I’m tweaking that by adjusting the time scale of the game. On navigation and combat we have several tools that help the player understand where you are and where you are going – one example is the ‘courseline’ this navigation aid shows the current position and future course of your ship based on your current velocity. We also display your target and other vessel courselines – so interception is a function of making sure your courseline and theirs intersect…

Brian: We’re close to the wire on Kickstarter as I write this, but it’s hoped there will be enough donations in the last days — as has happened with other projects — to get Torchships funded. Sadly, if it ISN’T funded successfully through Kickstarter, do you have a plan B, and if so, what is it?

John: Plan b is to either relaunch the kickstarter campaign with a more modest goal and longer time period – or probably more likely go with the Minecraft model (personally I’m much more comfortable with an early sales model based on a demo where players understand what they’re getting and can have a say in the future path of the game).

Brian: Finally, what is the one thing that really gets your heart pumping when it comes to Torchships, and what would you say to potential fans and backers in order to share that excitement?

John: The exciting thing about Torchships is the scale of the game. You are battling in a very large arena – with smarts and tactical skill much more important than how fast your reactions are. It is strangely satisfying to launch a spread of nuclear tipped missiles ahead of an opponent’s predicted orbital path and then watch them frantically try to defend themselves when your missiles light up and head toward them. :) 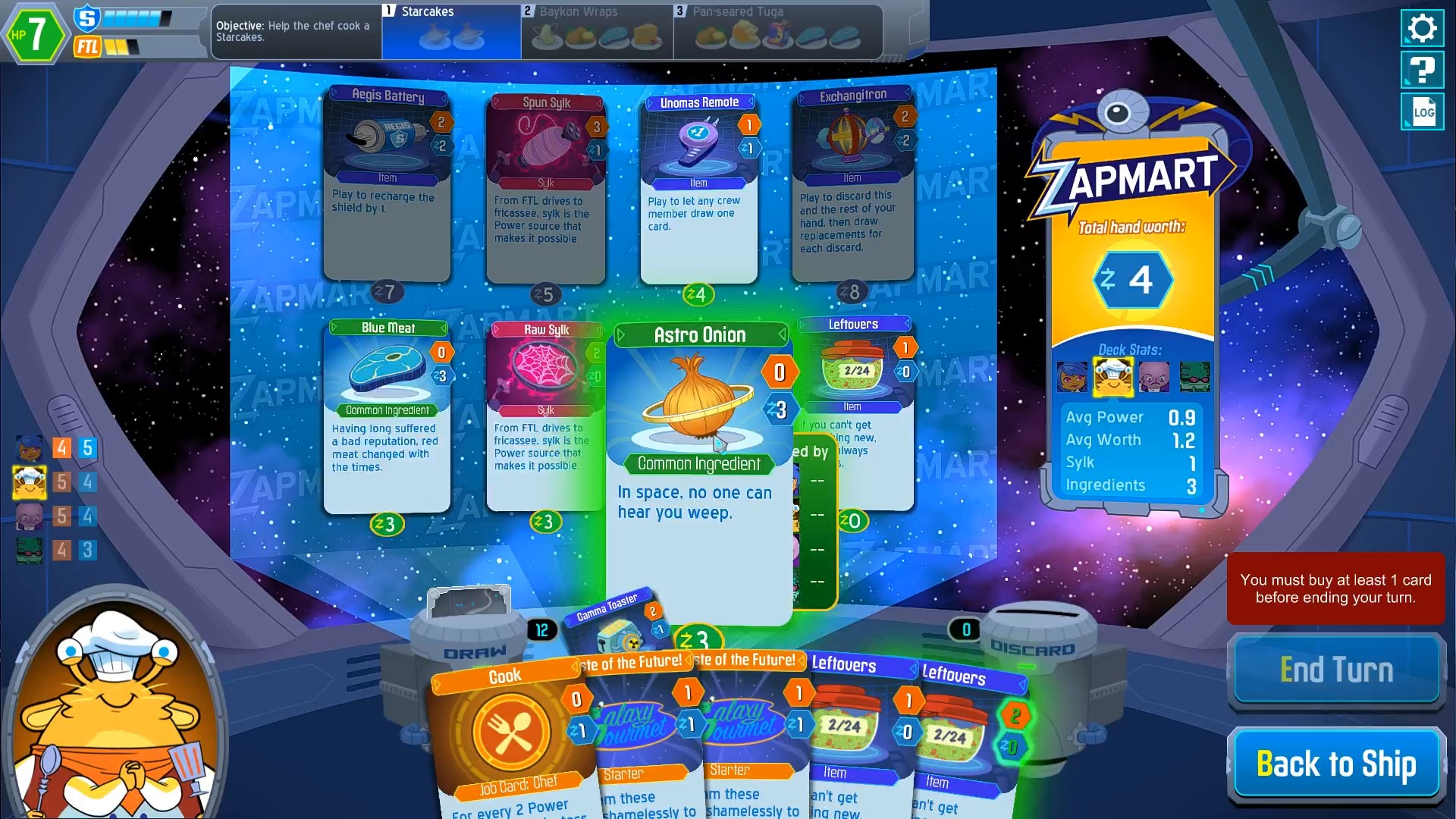 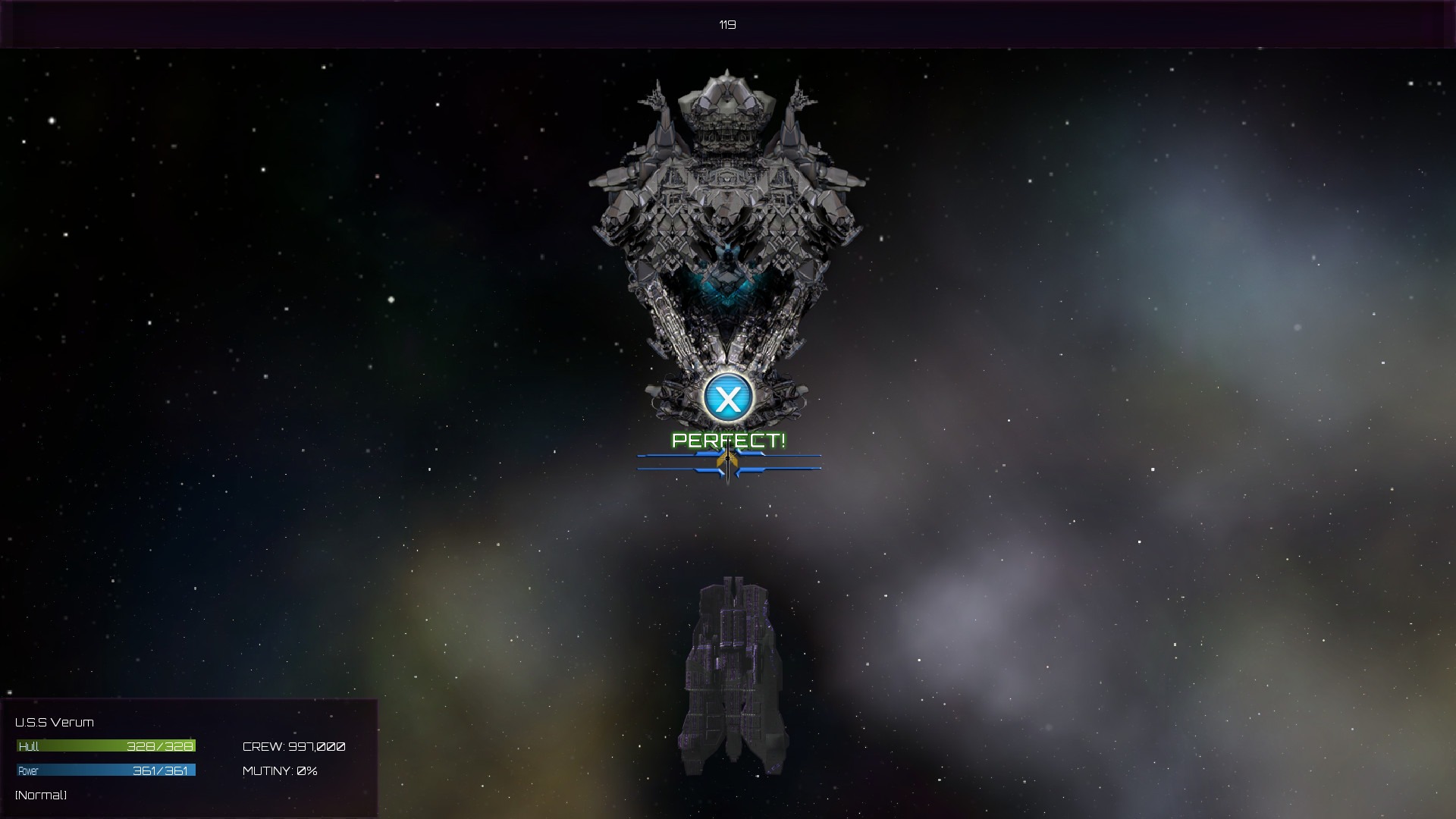