A little while back, I learned about a game called Psycho Starship Rampage in which you play a ship with a paranoid, rampaging AI that has to build itself and its ship to find its way back to Earth. I loved this angle, so I reached out to the developers, Ballistic Frogs, to learn more. I heard back from designer Vincent Beauzee, who was happy to do a written Q&A with me. If you like what you read, toss ’em a vote on Greenlight. ;) I know for one I’m even more excited to try this game now that I’ve read the Q&A below, and I hope you are too. Thanks for reading, and I hope you enjoy the questions and answers below!

Brian Rubin: First off, could you please tell us about yourselves and where the idea for Psycho Starship Rampage came from?

Vincent Beauzee: We are professional IT engineers. We worked for big companies, coding small games on our free time. We decided to join forces to make something more serious.
For our first project, we decided to start with a project that was doable by a small team but which was still promising lots of fun and depth. We like shooters and rogue-likes, with character creation elements and interesting tactics. So we had this idea of a shmup where you can design your starship from the ground up, including your weapons and complete fighting strategy (small and nimble, or huge and loaded with weapons, are the most obvious choices but there are many more viable builds than that). The Starship editor was a logical choice at this point.

BR: In the game you’re basically a psychotic AI of a ship that needs to rebuild itself. Does that make you the bad guy, or is there some altruistic reason you’re doing all this?

VB: We chose this because it is not that common in video games and we think it’s fun. You play the bad guy in some really great games, like Dungeon Keeper, Overlord, Tropico, Mafia, GTA, Soul Reaver…

So yeah, from a human point of view, it seems like you play the bad guy. But what does good or bad really mean for an AI that just tries to complete its mission by following some old programming twisted by millennia old hardware and bugs?

BR: Who are some of the people or aliens you’ll meet along the way? Will anyone try to reason with you, or is it just kill or be killed? ;)

VB: Aliens will hail from various civilizations. Each civilization will have its favorite equipments and shapes. Some will try to reason with you, at first. But as a paranoiac I.A., you will know better : everyone is a threat in disguise!

BR: What are the theoretical limits of the ship designer? How big and crazy can you get?

VB: Well, that’s very simple: if it fits on your screen, you can build it! But you will need a lot of resources if you plan on building something that huge. And you can put as many guns as you want, the only question being: will you be able to power them all?

BR: Besides other ships, will there be any other dangers like black holes or nebulae? If so, could you elaborate on these and how they’ll affect gameplay?

VB: The main danger comes from enemy ships, but yes, there will be other obstacles and hazards which will be important gameplay elements. Psycho Starship Rampage includes a physical engine. With this you can interact with/use/die from various stellar objects. It is up to the player to choose if s/he wants to play with the environment (which requires suitable equipment). It opens up many new fun strategies.

There will definitely be black holes, but…with a twist. As for nebulae, if you mean hazards that affect your ship’s abilities (like in FTL), then yes, we are working on something ;)

BR: Typically how many levels are there between you and Earth? What happens when you finally get there?

VB: In campaign mode, the straight path to Earth will require you to cross about 30 sectors. But if you do not explore at least a little bit outside the straight line, you might lack some firepower to get to the end. So you will definitely need to explore the hundred or so sectors at your disposal. You can explore at random or use the hints sometimes given by your defeated foes to go straight to where the juicy loot is hidden.

To know what happens when you finally get to Earth, I am afraid you will have to see for yourself :)

BR: Could you elaborate on the multiplayer modes available, especially “Schizophrenia” please? That one sounds awesome.

VB: There are several local multiplayer modes supporting up to 4 players using keyboard and/or XBox 360 controllers.

There will be a classic multiplayer mode where each player builds his own ship and we are also thinking of adding a versus mode for quick fun.

And then there is the Schizophrenia mode. In this mode, up to 4 players share control of one ship. Since the ship editor allows you to bind any key/button to any equipment, the players can divide responsibilities any way they want! For example, one player can take control of the engines and the mine droppers, the second controls side and rear guns, the third plays with the tractor beams and the fourth handles the front guns. And if you want more fun and challenge, you can mix it up by letting each player control one direction in the engines. Collisions and uncontrollable laughter guaranteed ;)

BR: Could you tell us about the engine you’re using for the game, and whether it will allow the game to be moddable?

VB: Our engine is based on LibGDX. It’s an open-source, light and powerful engine which allows us Windows/Mac/linux compatibility. We are totally open to modders; but we haven’t taken any special dispositions to help on that regard. However, anyone who knows some Java could mod PSR. Like Minecraft :)

BR: The soundtrack  from Wildphinn sounds fantastic for the game. I’m not familiar with their previous work, however, so how did you end up choosing them for your music?

VB: Wildphinn is an old friend of us. Professional fantasy/sci-fi writer by day, he has been playing with electronic music since about forever. Since he is mostly an experimenter, he never publicly released a lot of material ; but he is an encyclopedia on movie soundtracks, game and demoscene music. He did some soundtracks for short movies and videos here in France, especially linked to marine life, under a different alias.

We (Vincent and Guillaume) had been thinking and talking about making video games for quite some time. So, Wildphinn being also an avid gamer like us, when we decided to launch the project, the choice of the sound artist was in fact already cut out for us :)

BR: Finally, what are you most excited about with this game?

VB: We are eager to know the players’ feedback. Will they like PSR? What kind of starships they will build? How will they manage the environment and the various equipments? What creative uses and builds will they come up with? We already have some of that happening and it’s fantastic. In our game, there is no such thing as “you can’t do that, because the devs haven’t thought of it”. On the contrary: it is designed to reward inventivity and abuse. If you find an overpowered build, then great! But be warned: this will take some research and loot ;) 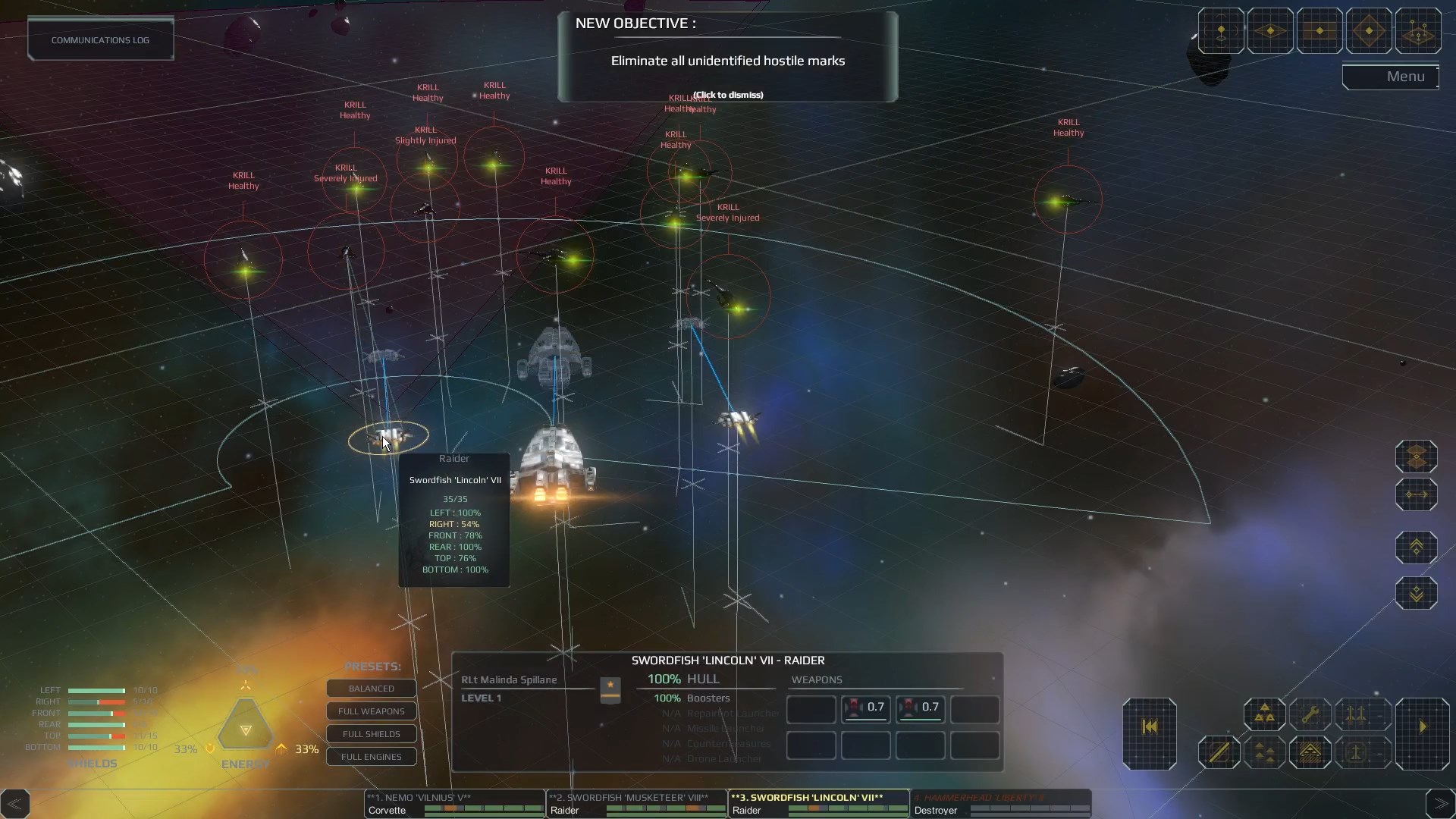 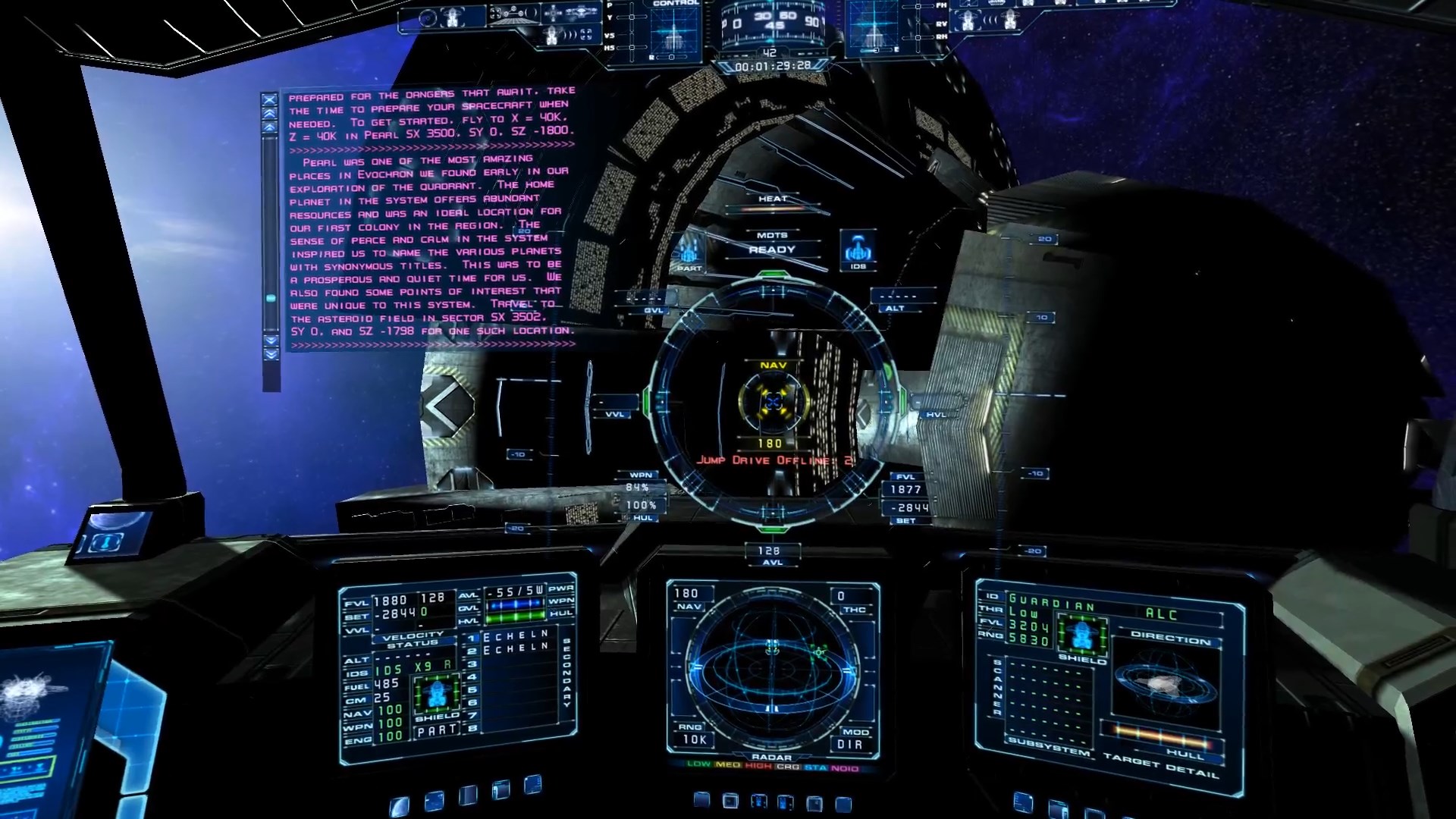