One of the joys of this gig is finding out about space games I might’ve never heard of otherwise. With more and more indie-based space games coming out (and how awesome is that, seriously?), there are games I might’ve missed if I was just a fan. Running this blog, however, forces me to have my ear to the ground, and I’ve loved being surprised by these little indie gems, the latest of which is called Zigfrak. I’ve written about Zigfrak before, and even spending a couple of hours with it was a lot of fun, but now for a full review, I spent a bunch more time with the game, and am ready to tell y’all what I think of it. ;) Enjoy! (Also, there’s a coupon code at the end of the article that gets you 25% off the game! Yay!)

Zigfrak starts you off with a little ship and a lot of text. This is a game which has no spoken dialogue, which can be a blessing or a curse depending on how you look at it. Personally, I’d rather have well-written text — which is the case here — rather than mediocre text with cheesy voice acting. The tutorial — which is excellent — all communications, all story cutscenes and so on are full of text, but again, it’s well-written and easy to read, and quite funny to boot. One can tell a lot of thought was put into the writing in this game, and it shows, as this game does have a story that serves as an extended tutorial until you’re ready to go out on your own. This tutorial involves capturing ships, fighting enemies, and the old favorite, flying through hoops! ;)

In the game, you control your ship through the mouse and keyboard, and it takes a bit of getting used to. It’s not as elegant a control scheme as, say, Freelancer (but what is, really?), but it puts a lot of control at your fingertips, with multiple hotkeys to select various pieces of equipment and so on. These are crucial in fast combat stations. Thankfully the tutorial is very detailed and involved, and will take you through multiple steps of many of the things the game has to offer, from using cloaking devices to sneak up on ships to using your tractor beam to go fishing in fission holes (I am not kidding). ;) I put several hours into the game, and the tutorial is basically a string of missions that points you to other strings of missions, each of which have their own quirks. I could also jump around the map at will (well, within range of my jump drives at least), but as I love missions, I kept with ’em for a while. They were nearly always great fun, though some were more difficult than others, which I’ll talk about in a moment.

As stated earlier, there is a WIDE array of things to do in this game, both in missions and out of them. Thankfully the tutorial takes you through how to do most things, but some things can still be a bit confusing at first. For example, it took me a while to get a handle on the inventory/market system, as I’d accidentally sell items I wanted to install. The game uses something of a cascading menu system for handling in-ship systems as well as interacting with stations. I’ll admit, the first time I saw a bunch of these menus on screen I was a tad overwhelmed, as they can start to take up a lot of real-estate. After a while of fiddling with ’em though, they began to all click together in my head, and eventually became second nature. You can see an example of this menu system below…

Learning this menu system is really important though, as it’s through here that you buy and equip new weapons and equipment, manage inventory, take missions, deploy mission-specific gear and so on. With a game like this, it’s allllll about the toys, and Zigfrak has a virtual ton of them. Cloaking devices, shield disruptors, jamming devices, mining beams and drones, oh my! All of this along with a wide, WIDE array of primary and secondary weapons, many of which can use a multitude of ammo types that individually can have bonuses of their own (on top of gun and missile launcher bonuses), meaning you have multiple recipes for causing your enemies harm. Equipment can be acquired as part of missions, or invariably as one of the many, MANY pieces of loot dropped from your slain enemies. If you love loot chases (and who doesn’t, really?), this game will totally scratch that itch. You can also, at times, capture ships, which also adds to the fun loot chase.

And don’t worry, you’ll have plenty of opportunities to both loot the wreckage of your fallen foes and use the stuff you loot as there is a TON of combat in this game. I mean seriously, a ton. Missions can range from taking out a bunch of fighters to slaughtering whole daughterships (*giggle no, not motherships, daughterships), and the game provides plenty of tools to get the job done. Now, whether you’ll get the job done successfully is another matter. While some missions provided quite a fun, reasonable challenge, other missions suffered from weird difficulty spikes that made the game temporarily frustrating. These missions either seemed like puzzles needing to be solved or timed periods needing to be waited out until a game-changing event happened. These were more the exception rather than the rule, and thankfully death isn’t a big deal in this game. When you’re about to die, the game gives you a small period of time wherein if you kill another ship, you’ll get your health restored and can keep on fighting. If you do die, you suffer a small penalty in experience and credits that can quickly be gained back. Also thankfully, the game has a liberal mid-mission checkpoint system so when you do perish, you don’t have too much ground to retread. Gaining experience gives you level increases, but I was never 100% clear on what these level increases did. This didn’t detract from my fun, though. ;)

Missions are further varied with the inclusion of some small mini-games, such as hacking or even more fun, a Minesweeper-like game. This along with varied and funny mission goals — in no space game I’ve played have I been tasked with dropping religious pamphlets on a planet, for example — keep the game fun and interesting through multiple missions and mission-arcs. There’s a primary story here too, something about a foretold one or some such, which is pretty cool too though. The main star here, however, is the moment-to-moment gameplay, which can range mostly from fun, exciting and tense to occasionally frustrating. The game itself never slows down though unless you want it to, which allows you to control the pace nicely. There were a few times, after really intense combat sessions, wherein I took a break just to fly around and mine for a while, or find some random enemies to kill. This was great as the combat really made be break a sweat, in a good way. ;)

Audibly and visually, this is a great sounding and looking game for an indie developer. Space is colorful and vibrant, objects are fairly well-detailed and easy to spot from a distance, and I honestly LOVE the music. The game also adds awesome visual effects, my favorite being the screen going all snowy when one uses a jamming device. Zigfrak is full of little touches like that, and you can tell that a lot of care was but not only into the writing and gameplay, but into the presentation as well. I’ve put several hours into this game, and not once was I unimpressed with the graphics and sound. The game also ran as smooth as silk on my system, with no crashes or technical glitches.

Overall, Zigfrak is a very fun game and a pretty unique experience overall. The combination of funny writing (more games need to take themselves less seriously these days), frantic action, constant loot and compelling tasks keep the player occupied, while also allowing them to take breaks once in a while for more sedate tasks in order to catch their breath. While there are some odd difficulty spikes here and there — like trying to take out stations or ships over and over again until you get lucky or solve whatever puzzle the game had in mind — these were few and far between in my experience, and in my entire session this happened twice. Therefore, I think there’s little in the way of preventing anyone from having a fun time with Zigfrak, and I can easily recommend it to anyone who enjoys varied space combat with plenty of enemies, loot and mission variety. :)

Now, thanks to the developer of the game, you can use this link to get the game for 25% off the game. Buying the game gets you a key for a direct downloaded copy, and is also compatible with Desura. The game is also on Steam Greenlight, so if it’s greenlit, Steam keys will also be provided as well. If you buy the game, I’m damned sure you’ll enjoy it. ;)

In closing, thanks for reading my review, I hope you’ve enjoyed it, and I also hope you enjoy the gallery of screenshots from the game below. Have a great day!

This is a Very Pretty Game.

I Think I’m About to Buy the Farm Here. Yeesh!

What Does it All Mean?! 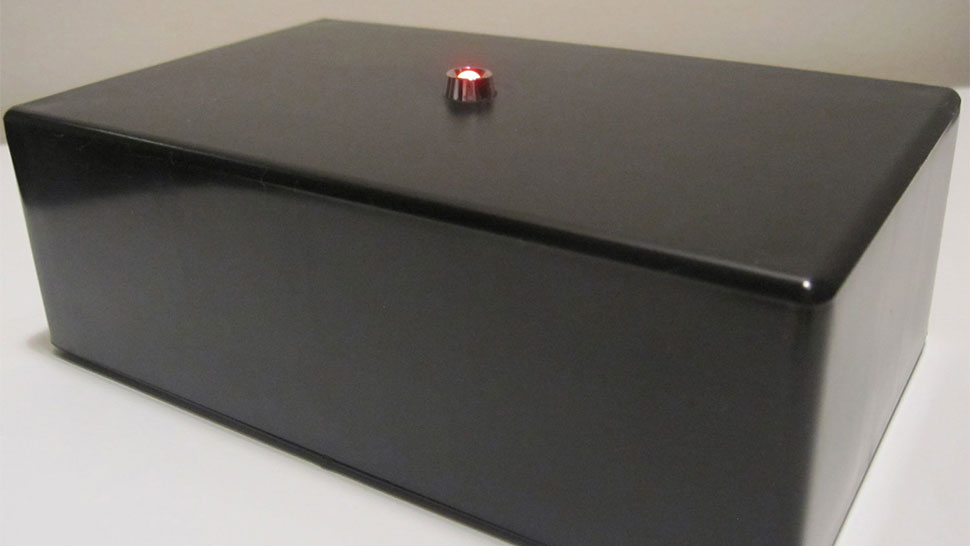 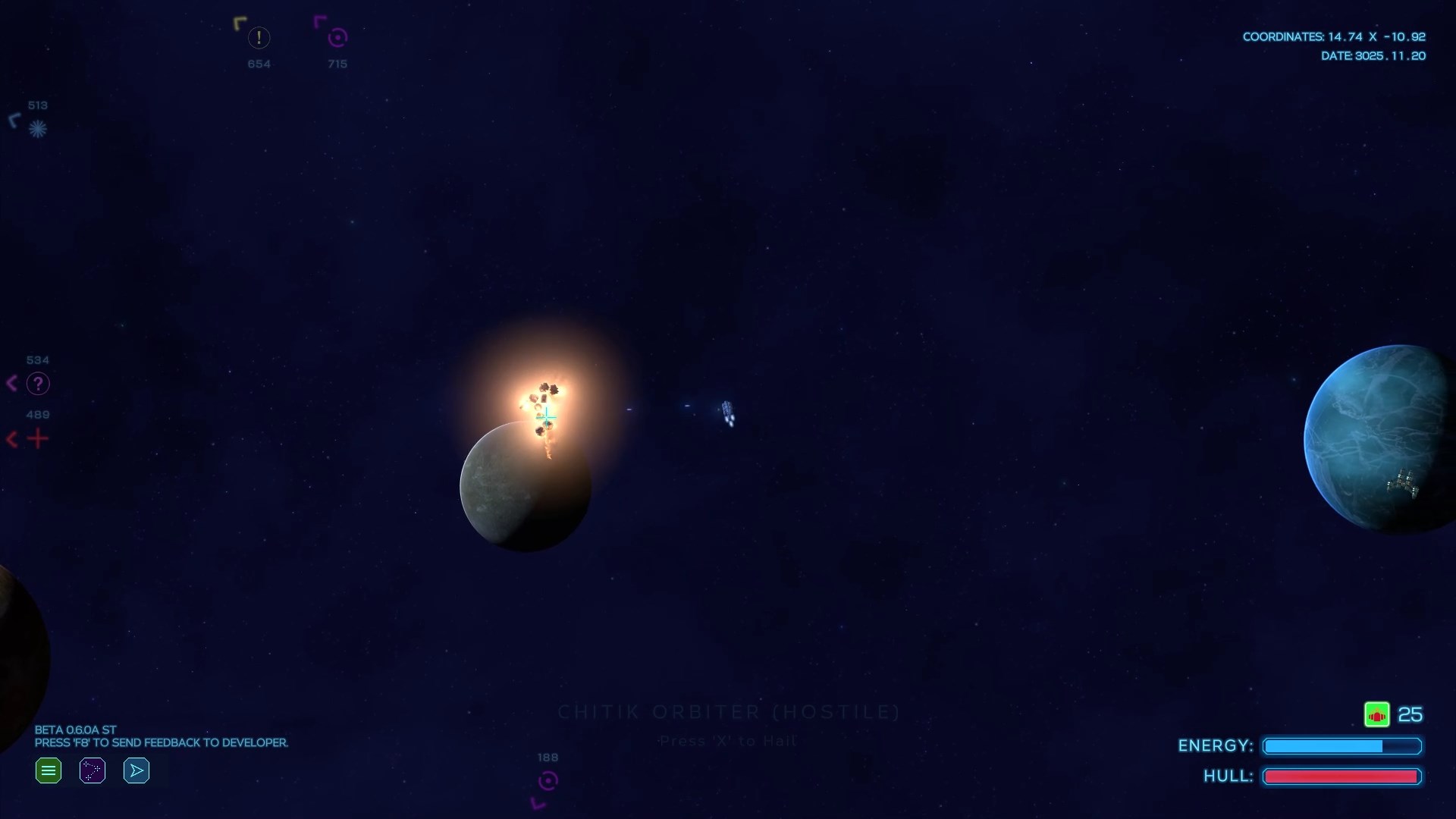