I’ll admit that I actually laid the groundwork for this article weeks ago, but for various reasons and distractions I never got to actually posting it. I figured, with the release of Weird Worlds in the latest Indie Royale bundle, now would be a good time to publish my latest adventure in Infinite Space. This time, join Captain Mohri of the Terran Frigate Star Devil for the latest adventure into the unknown!

One of the first systems we visited was the Vesta system, wherein we found a lovely Gravitron Impulse Drive! Now moving at twenty-times the speed of light, we’d explore this unknown galaxy in no time flat! Moving onto the Argelia system, we found a Rogue Freebooter to join our new flotilla!

Continuing our adventures, we found both a Wind Bag in the Orzant system and a Dream Snake (*giggle*) in the Fangorn system. Sadly, our Wind Bag was stolen in the Uriel system, but it wasn’t too valuable, so we didn’t mind. Eventually we came across the Spectre system, which had some occupants, some! Being curious, we decided to see if they were friendly or not. Being angry Garthans, they most decidedly were not, so we ran away as quickly as we could.

Yup, you read right. We amscrayed, chickened out, vamoosed, scrammed, however you wanna call it. I wasn’t risking my ships on a force that could likely kick our behinds into next Sunday, so we showed them our butts and rabbited. I’m not ashamed, no sir, I did what was right for me fleet. Eventually, we reached the Cormorant system, where we picked up another flotilla mate, a Mukitan Fighter that we helped repair.

With our ever growing flotilla, we continued on, finding more goodies like a Signature Projector in the Amber system and a Repair Drone in Ceres, both of which we thought would help in whatever upcoming battle we might face. We also acquired a new flotilla mate, a mercenary named Bloodfang. I liked him from moment one, I did. Eventually, we came upon an alien swap meet, so we parked our ships, got some hot dogs and went shopping.

We found some more systems with valuable looty, such as a Sardon Optimizer and some better weapons. We then flew around some more systems until…our time was nearly up. See, in Weird Worlds, you have a time limit, and if you don’t return to the home system, Glory, in time, it takes away from your score. Having explored most of the galaxy at this point, we headed for home, and were greeted with a heroes welcome. It was also the best score I’d gotten in a game of Weird Worlds.

And that ended the voyage of the Star Devil. As you can see, this particular session was light on combat. Sometimes there are fewer enemies in a galaxy than others, and this was one of those times. Plus I ran away from some fights when I gauged we’d get killed. ;) So there you have it, the latest adventure in Infinite Space! I had a great time with this session, but since we’re light on the combat this time, for the next and final look at the game, we’ll go in guns blazing wherever we can, just to see what happens. ;)

I hope you’ve enjoyed reading this review, and invite you to check out all the screenshots I took in the gallery below. Thanks for reading! 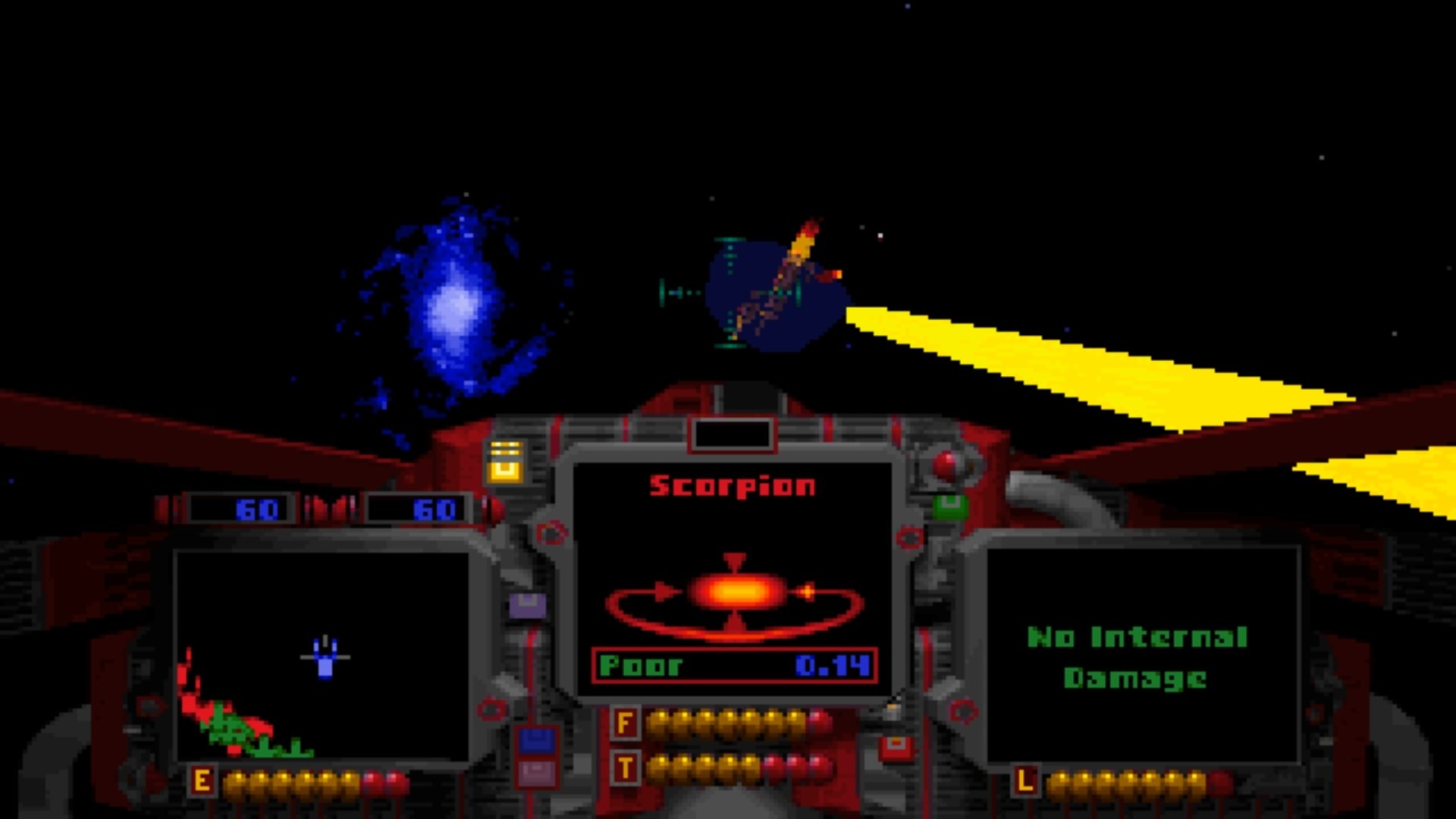 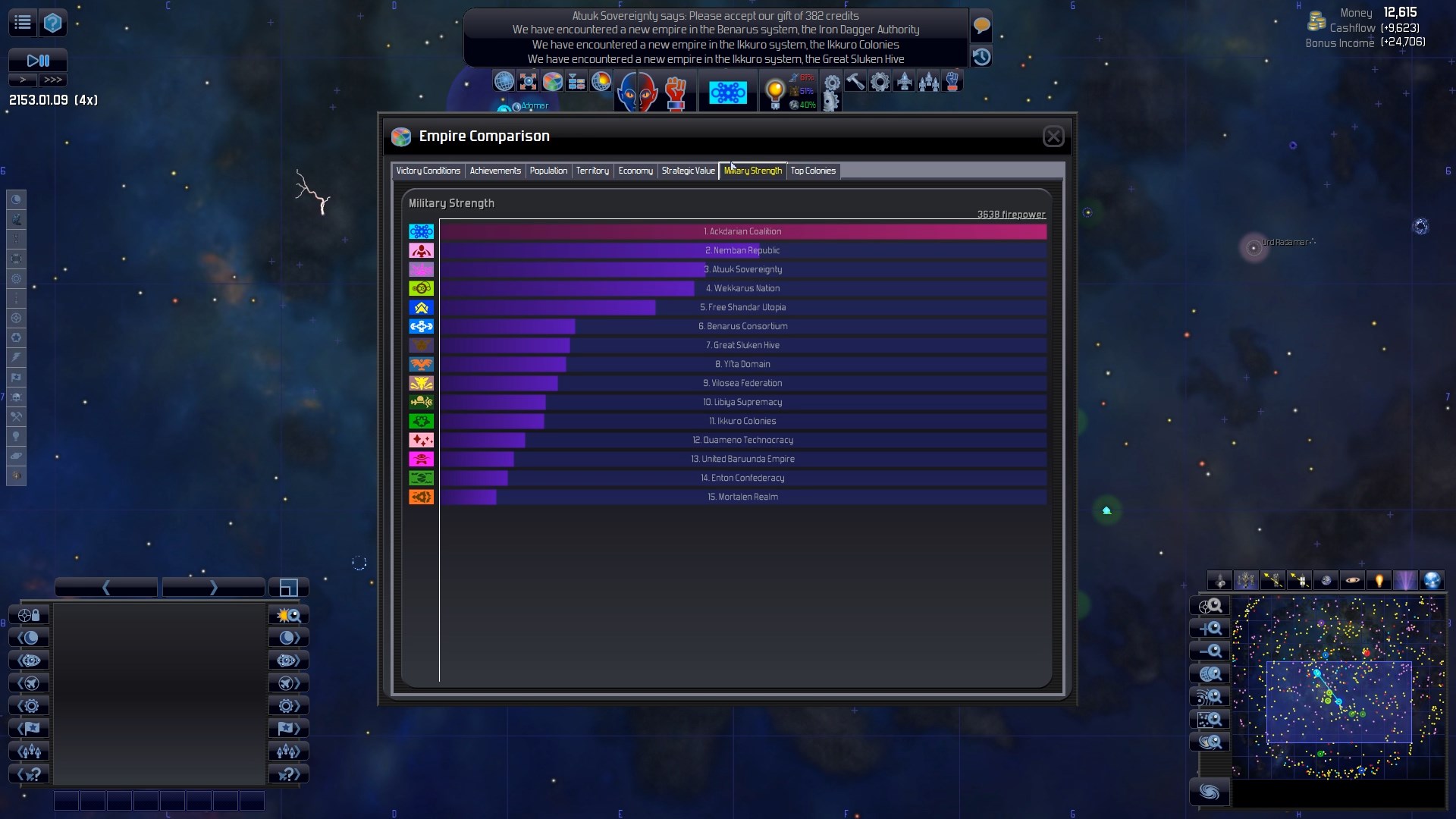 2 thoughts on “Weird Worlds: Flight of the Star Devil”