When I was four (in 1977), I was changing channels on my TV and came across the most beautiful thing I had ever seen up to that point…the U.S.S. Enterprise. That was the first time I had felt lust for a spaceship (or anything else, for that matter), and I became exceedingly hooked on Star Trek for the next decade or so, being pretty much a hard core Trekkie until my mid-teens. The movie version of the Enterprise supplanted my love for the original (it’s still my favorite version), but there was nothing like seeing that ship for the first time and know that, then and there, I’d always love spaceships, the Enterprise in particular.

Little did I know that six years before that (two years before I was born even, if you’re keeping up with the math), an enterprising (hah!) young programmer named Mike Mayfield was building a game based on the beloved TV show, nearly a decade after the first computerized space game, SpaceWar! What resulted was a game that, while simplistic in its presentation, had a surprising amount of depth and detail. Today we’ll be looking at the second game on my list, 1971’s Star Trek.

First off, let me just say what a pain in the ass this game was to run. For two weeks I tried BASIC emulators to run the code I found from here and here, finally finding a C# port from here that worked in Microsoft Visual C# Studio. As soon as I began to play the game, it felt familiar to me, because it seems like so much of 1985’s Star Fleet 1: The War Begins is based on this formula.

Basically, the game gives you a simple charge – kill a certain amount of Klingons in a certain amount of time with one or more starbases to provide support. I find it funny that, while the original show was fairly light on space combat, that’s all the first game it’s based upon focuses.

Anyway, once you enter your game seed (to generate the galaxy’s design), you’re plopped into the command chair, as it were. From here, you have control over navigation, scanners, shields, weapons and damage control. The controls are simplistic, but they’re far from simple.

For example, to set a course, you first enter the course number (direction) in which you want to move, which can be from one to eight in a circle around your ship. For example, 1 turns you east, 5, turns you west, 3 turns you north and 7 turns you south. The other numbers are diagonal directions in between. You can also use decimals such as 1.5, 2.3 and so on for finer control

Next, you enter the speed you wish to go to. Now, if you enter a whole number, you’ll move that many sectors in that direction using the warp drive. However, if you enter a decimal (i.e. .7, .2, .1, etc…), you’ll move a certain amount of spots within that sector using the impulse engines. While the instructions to explain some of this are included with the game, some of the finer points (like the impulse speed for using decimals) is left out, and had to be discovered. I was honestly fine with this, as it led to a fun bit of experimentation (and a lot of death), but some may balk at the lack of clear instruction.

Deciding where to go is the first big decision in a game that’s ultimately about decision-making. Do you try to enter the sector with the three Klingons knowing you’re low on energy and torpedoes, and try to take them on? Or, instead, do you try and find a starbase, refuel, reload and repair, and then go back to take them on later? We’ll get into this a bit more in a little while, I wanna go back to describing the ships systems (because I love diving into details like this, and it’s my site ;).

The Enterprise has two weapons, phasers and photon torpedoes. Phasers lock onto enemies and use a specific amount of power that you input to fire at your enemies. Torpedoes, however, have to be told which direction to fly in, so sometimes winning a battle means maneuvering your ship into the right spot to fire a torpedo in the first place.

Shields also use a specific amount of power you input, but shields and phasers draw from the same power pool (you always start with 3,000 units of power, and can only replenish power at a starbase). You can start a battle with 300 units of power to your shields, for example, but you’ll have to monitor how the shields are doing and constantly supply them with more power, depending on how the fight is going.

Finally, you have two less-used panels, the damage control panel and the library panel. The damage control panel tells you how damaged your systems are, while the library computer can give you a quick rundown of enemies and torpedoes left, overall damage, an overall look at the explored galaxy and so on. I barely used these during my many hours of playing the game, but they’re useful when needed.

Going back to actually playing the game, it’s all about making the right choices based on managing the resources you have. You might see one adjacent sector has three Klingons in it, but you’re low on torpedoes or energy and have some damage, so you might move away from that sector for the time being (enemies can move between sectors, and aren’t static based on what I could tell). This takes up time, but it also prevents you from being killed. You might then spend time looking for a starbase to rearm and reload while your crew makes repairs as best it can.

On the other hand, you might be fully loaded for bear, and see three sectors around you with one Klingon each. Which one do you go to next? You have to take ‘em all out, but you can only be in one place at once time. Do you take one and go back for the rest later, hoping to continue on that course and find more Klingons on the way, or do you backtrack and take out the Klingons you’ve already detected?

In all of the games I played, I honestly only won one of them, out of maybe thirty or forty. I didn’t feel this was because the game cheated or anything, however. I felt that this was because I made the wrong choices. Here are some examples of how encounters can go based on simple choices (or lack thereof):

I just reloaded and refueled at a starbase, and saw a sector two sectors away with three Klingons in it. I moved to that sector, raised shields, and pounded away with phasers. However, to maneuver into a good firing position for my torpedoes, I had to maneuver around some stars so I could have a clear shot. I actually became so focused on maneuvering into position and firing phasers that I forgot to check on my shield strength, and was killed after getting into the right position. If I had kept energy flowing to the shields, I might’ve survived the encounter, but after a bit of target fixation, I sadly didn’t.

In another game, I was low on energy and slightly damaged, but had a full complement of torpedoes and saw that two Klingons were in an adjacent sector, so I decided to take them on. After putting some more power to the shields, I kept maneuvering around the sector, trying to get a clear shot with my torpedoes. I kept pouring energy to the shields a bit at a time, but they were draining. Thankfully, I maneuvered into position and killed one Klingon with a torpedo. I moved into the other position – keeping phasers firing low and shunting power to shields – and then killed the other Klingon with the torpedo. I lost short range sensors in the final attack as well as the computer, but it was worth it. This was from the game I actually ended up winning.

While the game is quite a bit of fun, it’s not without some frustrations. Once you do encounter enemies in a sector, they don’t seem to move much, if at all, making them sitting ducks for torpedoes once you get into the right position. Also, maneuvering with impulse engines was a bit weird. For example, if I put in that I wanted to move .2 impulse, to move 2 spots in a sector, I’d end up only moving 1, and I still have no idea why that is.

Overall, though, Star Trek is an excellent game that fires the imagination and provides an exciting and tense bit of gameplay despite crude graphics and controls that take a bit of getting used to. While SpaceWar! might’ve been the first space game, I’d say this one is the one with the longer and better legacy, as Star Trek showed that you could not only have excitement and playability in a space game, but depth and detail as well. SpaceWar! might’ve paved the way for games like Asteroids and other arcade games of its ilk, but Star Trek paved the way for games like Star Fleet, Starfleet Command, Starpoint Gemeni and many others, games which I feel offer much more to the space game genre, as a whole.

I could easily recommend that people today give Star Trek a try, just to see how even forty years ago, computer games could be deep and enthralling despite the primitive technology available at the time (I mean, look at those “graphics”!). I had a blast playing Star Trek, and I can’t wait to fire up its various sequels and successors as I proceed down my list.

Wikipedia and The Code Project were major sources of information for this article. 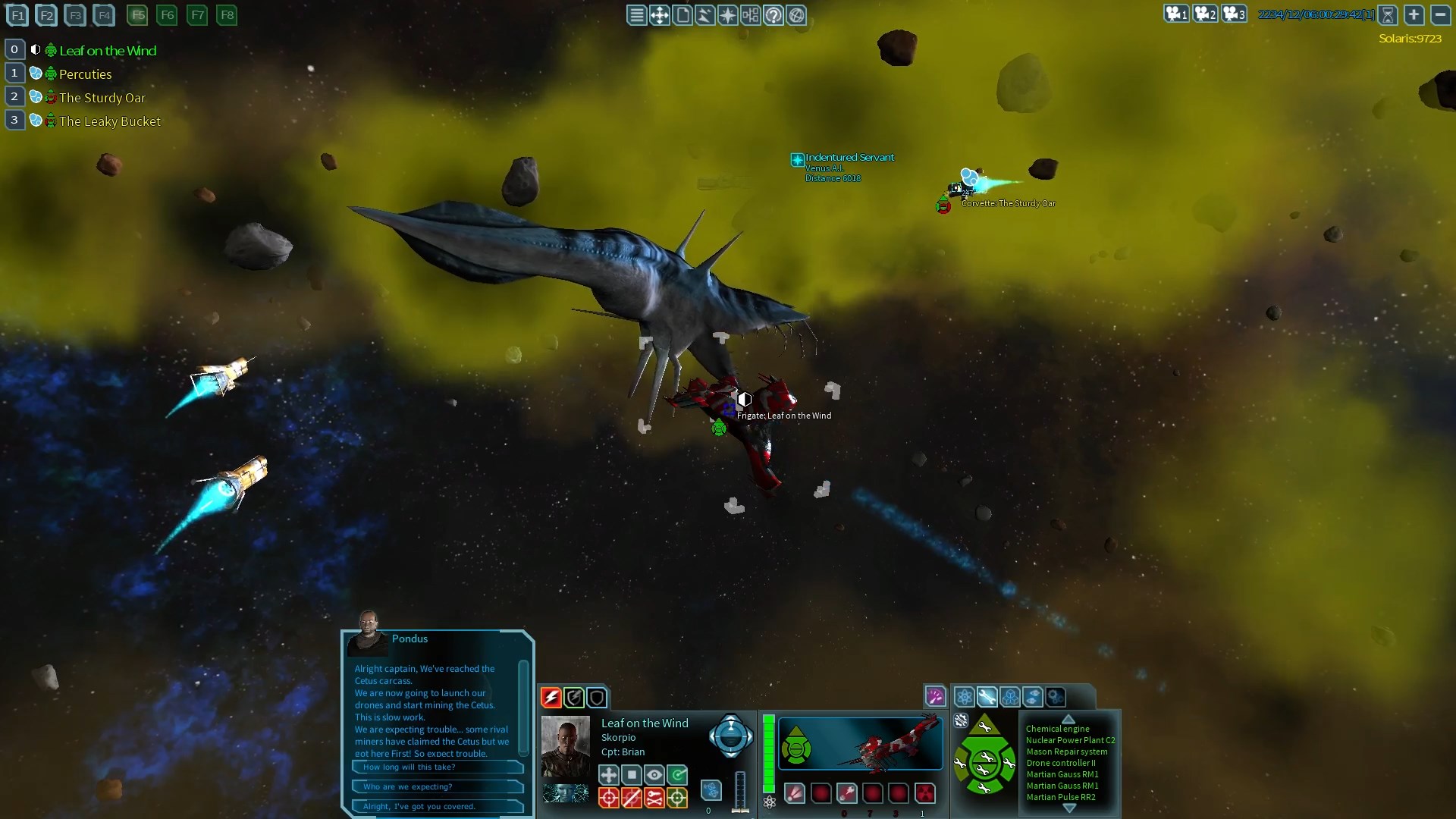 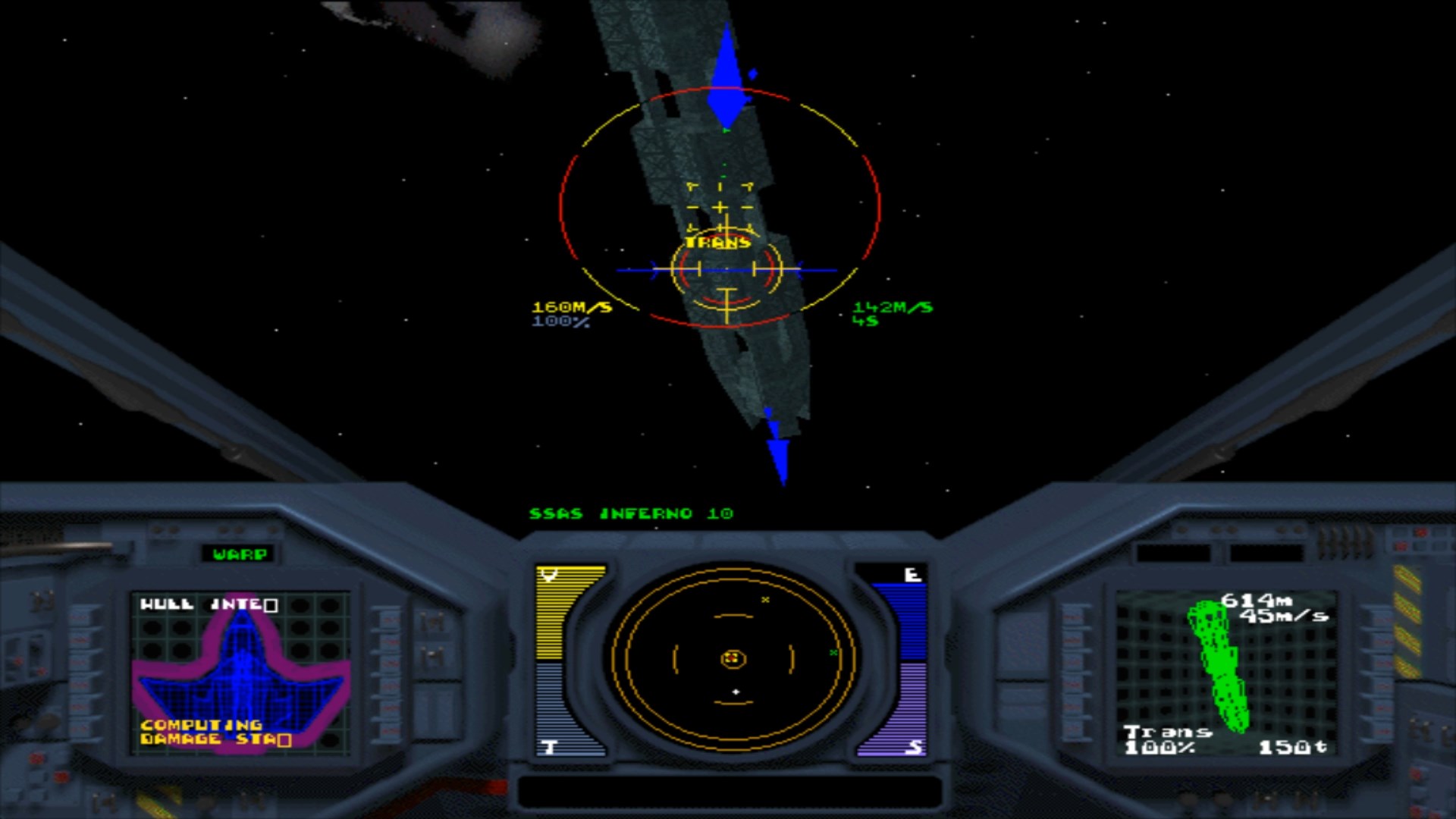 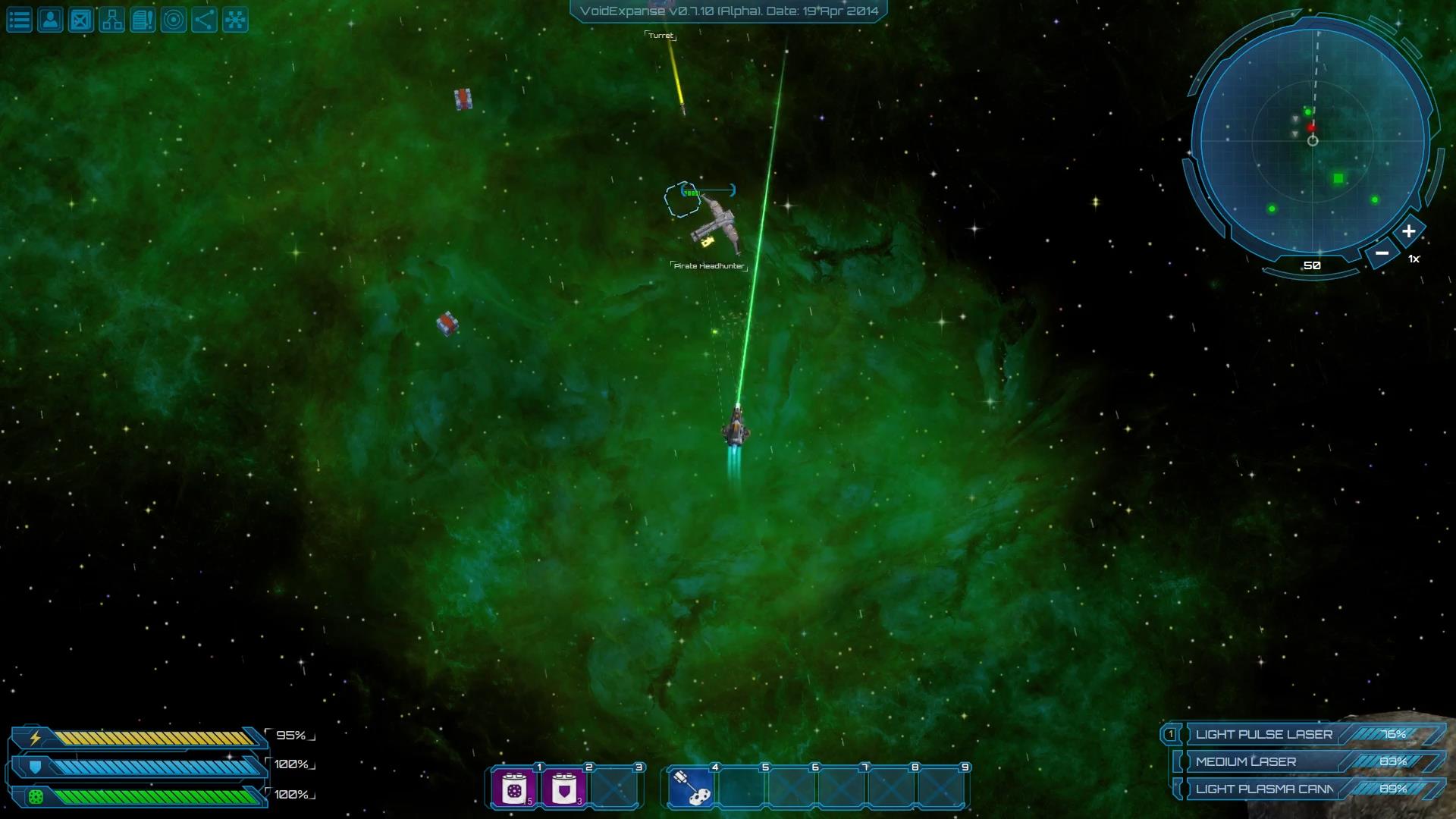 0 208
VoidExpanse: Quests and Pirates and Voids, Oh My!