I have a confession to make. I never played the original Sins of a Solar Empire for more than five minutes, and only once. The reasons for this are personal and varied, and aren’t the fault of the original game in the slightest. Therefore, it was with no small amount of trepidation that I approached this…sequel? Expandalone? Not sure what to call it, honestly.

However, as the original had a great deal of love and hype associated with it, I tried to approach Sins of a Solar Empire: Rebellion (Rebellion) with hopefully no expectations, and in the mindset of the total n00b that I was (which is why you won’t read any comparisons to the original here). Read on to see what I thought of the latest beta build.

As you can see from the screenshot above, the main menu is pretty sparse, and I admit I was taken aback by this. Here’s a game I’d heard a lot about being huge and epic, giving the player a simple place to start. This honestly worked though because I was unprepared for the amount of options that would await me once I pushed the “Single Player” button.

As any new player should, I began with the tutorials, and as you can see from the screenshot above, there are six all-told, covering basic gameplay, logistics, diplomacy and combat. The tutorials are plenty informative — which is good for a new player like me — and easily accessible. In about forty-five minutes, I went through all six and felt fairly confident to take on my first game.

The basic gameplay in Rebellion is akin to many other 4X type games. eXplore your surrounding systems to find resources to mine, planets to colonize and other races to befriend or betray. eXpand by founding new colonies and growing your empire, industry, and military. eXploit other races through diplomacy, trade and war. And finally, eXterminate through military might. What seems to make Rebellion different is its RTS sensibilities and its pacing.

Even other real-time 4X games such as Distant Worlds – Legends or Imperium Galactica II move at a slower pace akin to their turn-based brethren. Rebellion, on the other hand, moves noticeably more quickly (not too much so, mind you, and you can pause the game), enough to really feel its RTS roots. Honestly, playing the game felt more akin — I’m using that word a lot today, dunno why — to the wonderful Conquest: Frontier Wars rather than a more glacially-paced 4X game.

This isn’t a bad thing in the SLIGHTEST, just something I noticed is all. One other thing I noticed rather quickly, however, is how great the interface is. There are several ways to interact with your ships and planets, namely the main map view and a scrolling side view. The map view is more traditional, but allows you to see your forces in each of your systems — and any systems you have ships in — quickly. The above screenshot, for example, shows that I have ships in two surrounding systems while I have much more in terms of ships and industry in my home system.

The second way to quickly select and control items in your empire is on the left-hand side of the screen. A scrolling bar shows every system you have ships in, and what else is in those systems. From here, you can select ships and planets and then control them easily from either within this view — i.e. clicking a ship here and right-clicking another ship or planet gives it a move or attack order — or by zooming in and giving further orders. I REALLY liked this system, and thought it was very elegant, especially when coupled with the simple toolbars on the bottom of the screen for build orders and so on.

For all your exploration and industry, you’ll eventually find yourself in a scuffle with someone else, either other empires or pirates. While combat in Rebellion seems to be typically viewed from afar, since so much is usually happening at once and you need a wide view, zooming in when you have a moment shows wonderful detail. Ships look great, and combat has a…very bombastic quality to it which makes it quite a lot of fun to behold. Besides the tutorial, I played two regular games, one in a small galaxy, and one in a large one, and each time I had to fight quite a bit.

Even though I went through the tutorials, I was kind of unprepared for the brutality of the diplomacy and bounty systems. In my first game, I kept wondering why the pirates kept attacking my colonies over and over again while seemingly leaving my one other opponent alone. I mean don’t get me wrong, I had a GREAT time fighting off the pirates — this forced me to manage offenses, defensive building, ship-building when I could, research to make my ships better and so on all at once, which was thrilling — but still, it left me puzzled.

I only realized in my second game, in the large galaxy with seven other players, that the other players could put a bounty on my empire. I don’t know how I missed this, but I did somehow, and it left me open to wave after wave of pirate attacks. Thankfully, due to massive defensive and ship building efforts, I was not only able to hold them all off, but I was better prepared for when one of the AI players decided to make a bold move to my home system, wherein I wiped them off the map.  (I apologize for the lack of screenshots here, but my screenshot program crashed while playing the larger map. However, I was having too much fun to go and restart it, so I continued unabated).

I didn’t see a TON of the AI of the other empires, as I was too busy protecting my own butt to go too far into their territory. The pirate AI, however, wasn’t the greatest. After laying down several defensive batteries around one of my planets, they had no trepidation of following my ships right into the middle of several orbital batteries, wherein they were mopped up in short order. I’m not sure if this was because pirates themselves are stupid, or because the AI needs work, but it was fun to watch regardless. ;)

On the diplomacy front, other than the bounty system, was a bit confusing to me, honestly. Even though I went through the tutorial, I wasn’t prepared for the onslaught of missions the other players would give me. These missions curry favor with their respective empires, and in my case, seemed mostly to involve attack another empire’s ships or bases. I had no problem doing that, I just wished they would have specific where they would’ve liked me to go, as I hadn’t had a chance to explore too much and didn’t really know how to FIND these enemies at times. In my large game, I went up against a colony of the Prophets of Zei, for example, and destroyed both ships and bases, currying favor with a couple of empires without even trying to, so I guess one can also mistakenly take on these missions too. ;)

Like any 4X game, the player needs to balance research, industry, commerce and military efforts to make their empire not only safe, but profitable, and Rebellion understands this. The interface for all of these is efficient and simple, making a clear map of the improvements you can make through research, planetary development and industry. To my own detriment, many times I forgot to begin industrial production in a new system I had just colonized because I was too busy exploring new systems and building defenses, so I’d run out of credit, metal and crystals and not be sure why…until I looked and saw I hadn’t built mines. Whoops. ;)

Overall, I played Rebellion for about six hours total, and honestly had a FABULOUS time doing so. The game is very well-streamlined and easy to understand for the most part — missions still confuse me, but I’ll get the hang of it — and overall fun to play as well as watch. The game ran smoothly on my very old PC, and looked and sounded fantastic the entire time.

In conclusion, if you have any interest in the space-based 4X genre, and don’t mind the slightly more intense pace of a RTS-type game, then you seriously need to look at Sins of a Solar Empire: Rebellion. It’s got plenty of flash and, so far, a goodly amount of substance that I know will keep me coming back. As I sit here, at my work on my lunch break, writing this, all I can think about is that I want to go home and play more. ;) If that doesn’t sell you, I don’t know what will. ;)

Thanks for reading my somewhat rambly preview — I’m in a mood today — and please enjoy all of the screenshots I took for this review in the gallery below. Have a great day! 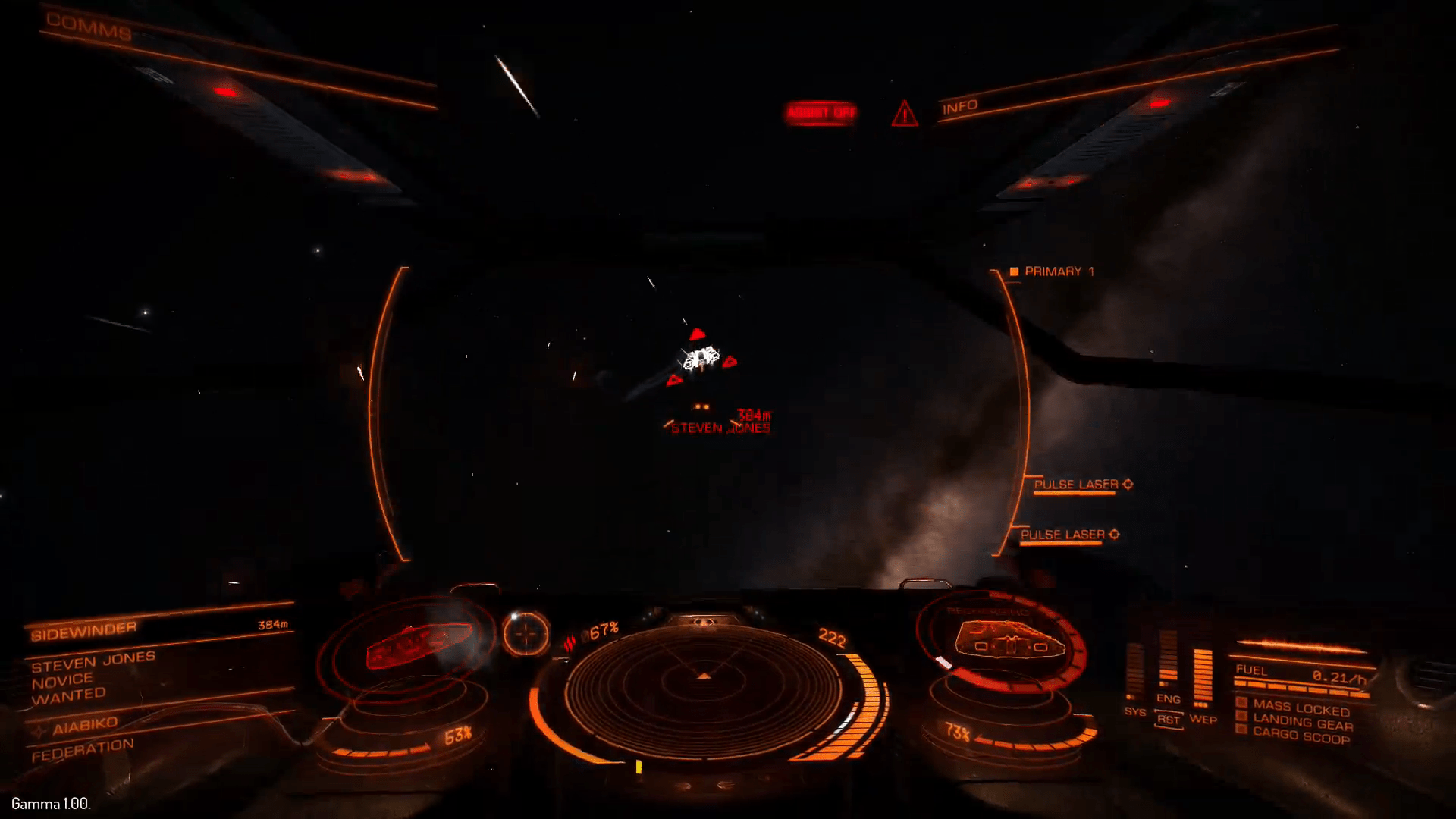 9 thoughts on “Sins of a Solar Empire: Rebellion – 4X Grandeur with RTS Sensibilities”