Home » Op-Ed » What is Your Ideal Space Game?

We all have dreams, things we’d like to do, see, accomplish, experience, etc. As space games have taken up a huge chunk of my life, I’ve long had the idea in my head of what my ideal space game would be, and have been dreaming of it actually being made someday. Some games have come close in one way or another, but none have ever matched what I wanted for my ideal game. What makes up this ideal game, you ask? Click below to find out…

Now as y’all know, I’ve played many, many, maaaaaaaany space games over the years, and many of them do one thing exceptionally well — sometimes multiple things — none of them have come close to approaching my ideal. My ideal game would have multiple layers, which are as follows:

The universe is gonna be huge (more on that in a moment), and I want to be able to choose how I make my way in it. Terminus did a good job in this area, as did the Space Rangers games. For example, say I want to follow a military career, in which I fight missions in a dynamic campaign whether it’s to keep the peace or to help fight a war, something that Starshatter did very well. On another hand, say I want to be a mercenary, taking jobs as I find them — whether they be hauling, passenger ferrying, smuggling and so on — like many space trading games (i.e. Privateer, Jumpgate), I can do that too.

I also want both my character and my ship(s) to have stats that improve over time, like a role playing game. Freelancer did this very well, and Jumpgate also incorporated a system like this to an excellent degree, wherein your level dictated the ships you could buy or the equipment you could use. The way I think it, when you level up, you get more points to use for skills depending on where you’ve been using them. The way I see it is you have a separate spaceship-based skills tree and a separate on-foot-based skill tree. If you’ve been spending more time piloting, you’ll be able to allocate more points to spaceship points, and vice-versa.

I also want many, many ships from which to choose, from tiny scouts to huge cargo haulers and battleships. I want my choice in how I set up my character, my career path and my ship to be nearly endless. I also want the tools to be able to manage my career effectively. For example, if I plan to be a trader, I should be able to look up a central database of planetary prices and alter my trade routes accordingly, rather than having to fly from planet to planet to find out their prices.

What I want is a huge, open, living universe with planets, moons, asteroids and space stations to visit. Games that have come close to this have been Starflight and Frontier: Elite II, both of which gave the player the ability to explore a large universe with many things to see and do. This would allow me to explore the far reaches, trade with aliens, fight battles against my enemies (and make new ones), create alliances with new friends and so on.

I want to be able to control my ship in a first-person, in-cockpit view (AND be able to choose whether I see the cockpit or not). Joystick or a mouse (or if you wanted, a gamepad) would be viable control methods, and you could tweak the control of your ship to be as simplistic or as detailed as you wanted. Did you want finite control over your ship, like in Independence War or Klingon Academy? You could do that. If you wanted simplistic control such as Freelancer, you could do that too. Controlling your ship could also be done via a “WWII in space” control scheme (i.e. like in Tie Fighter, Wing Commander and so on), or use actual Newtownian physics such as Independence War and Terminus.

I also want to be able to get out of the pilot/command chair and walk around my ship, like in Parkan II. How awesome would it be to PERSONALLY fend-off a boarding party, or to actually try to board another ship, fighting alongside your crew either way? I would love to be able to walk around my ship, interacting with crew members, inspecting equipment for damage and — if skilled enough — performing repairs, and so on. I want to get up close and personal with my ship and the people on it (not in THAT way, people…sheesh…well, maybe with the crew, might be fun).

If you controlled a fleet of ships, or were in charge of a capital ship with smaller ships and drones under your command, the game would shift to a third-person, RTS-type view such as you find in Homeworld or Starshatter (which switched between the two VERY well). This would allow you to issue orders (in real-time or paused) to your ships in order to set up escorts, patrols, enemy targets and so on. If you choose, you could also crew wing commanders to handle the details of these missions for you. This means the larger the ships get, the more crew you’ll need, and this crew can be interacted with, like in Bridge Commander.

Travel would also be as seamless as possible, no matter which method of FTL transport was used in the game. Loading screens would be kept to an absolute minimum, if used at all. This way you’d never be taken out of the moment. Overall, I want to be able to fly anywhere and land or dock with anything, from an asteroid to a space station to a planet, and somehow interact with all of it.

Flying down to a planet, the game would switch to a Hardwar style of planetary flight, with players flying between stations and cities to set up trade, take missions and so on, using the exact same system of trade and mission retreival found in the space portion of the game. The physics would obviously be different, but could be tweaked for every planet depending on gravity, atmospheric density and so on, making each planet unique. Planets could each have their own governments, and each of these governments can have a different attitude toward you, making trading easier or more difficult, for example. Some planets could even prevent you from landing on them in the first place, lest you be attacked.

The planetary layer will have just as much openness and choice as the space layer, only in a much more limited environment.

Finally, if you decide to get out of your ship, you can interact with people on the street, drive ground-based vehicles, enter buildings and also conduct business in a face-to-face manner, so to speak. This could allow you to do clandestine business in the basement of an abandoned warehouse, or meet with a corporate executive on the top floor of a high-rise tower. You could also explore the entire planet, finding caves, hideouts, outposts and so on that could be explored in a similar manner to non-space RPG’s like Daggerfall or Morrowind.

You would have skills in certain weapons to defend yourself with, whether it be bullet-based weapons, energy weapons, bladed weapons or cybernetically enhanced weapons (like guns in your hand, etc). All of these could be part of a separate, on-foot skill tree that is separate from the overall career and/or piloting skill tree, or they could all be merged together, as mentioned earlier (though separate might be easier). There will also be many weapons and vehicles for your use on each planet, from motorcycles to larger, mecha-based vehicles like those from Heavy Gear.

“But Brian,” I hear you ask, “What about (insert game name here)?” As I said before, many games have hit upon maybe one or two aspects of this very well. For example, Starshatter, the Evocrhon games and the Battlecruiser games all let you transition from space to planetary flight, and vice versa. Parkan II and Precursors mix first-person on-foot elements with spaceship piloting quite well, and so on. However, no game has gotten close to my vision of the ideal space game. Will this game be able to be created in my lifetime? I don’t know. I also would LOVE it if the game was single-player only, but I s’pose we could make it an MMO to actual life to the universe.

So there you have it, my ideal space game basically lets you have your own life in space, on space stations, on planets, on asteroids, or wheverever else. What about you? What would your ideal space game be? I’d love to read your thoughts, and I thank you for reading my rant. 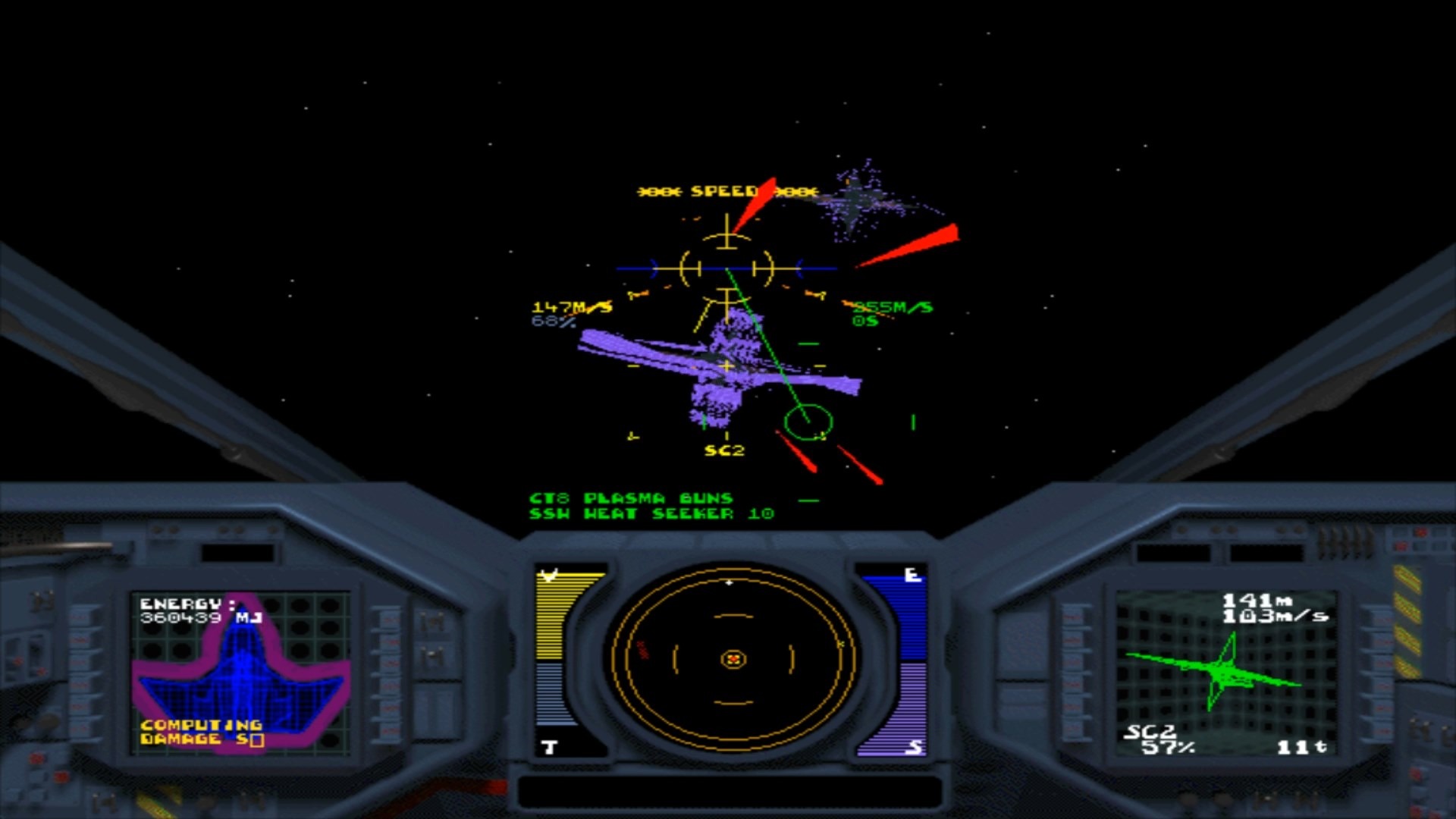 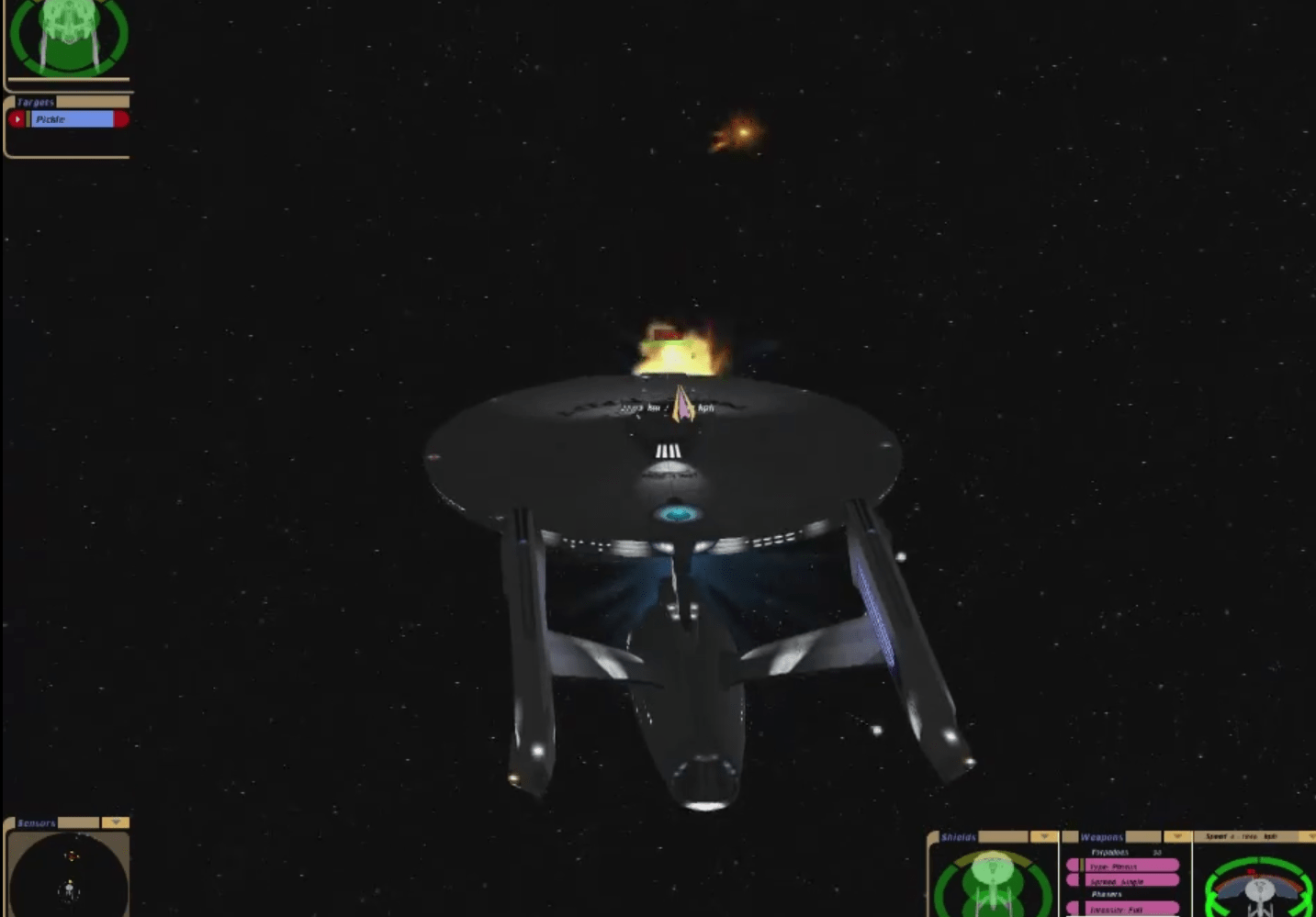 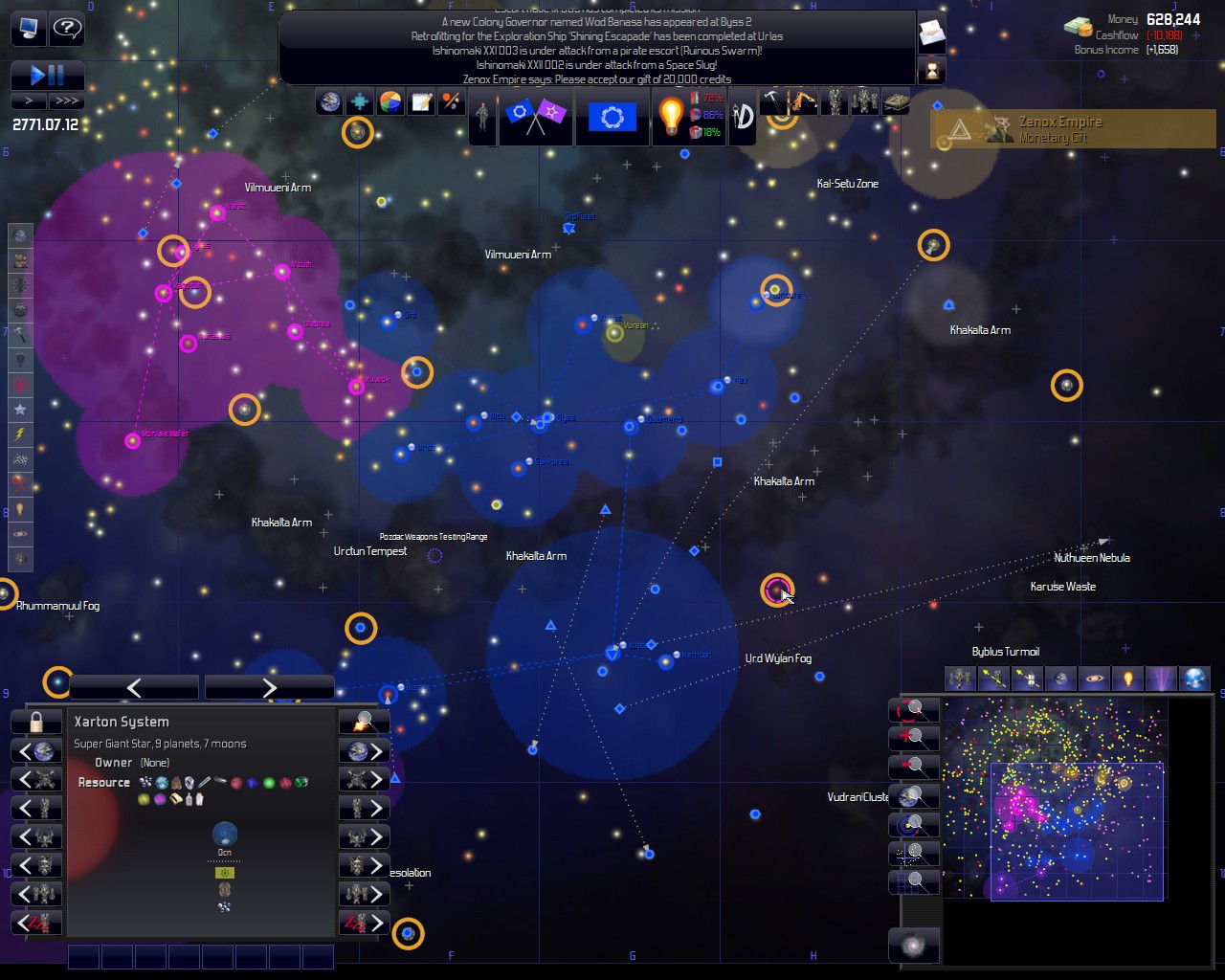 6 thoughts on “What is Your Ideal Space Game?”