In our next article on Star Supremacy, we look at the value of friends and alliances in the game. Enjoy!

As well as ships, there are also warm friendships to be found in Star Supremacy. Acting as a powerful social platform, players can interact with others through chat, or join strong alliances providing additional bonuses to their gameplay.

Star Supremacy features an instant messaging window containing four channels: Global, Planet, Alliance and Whisper. There is also a window for those looking for help. Global messages can be seen by all players, and provide a powerful stage for players to make friends. The planet channel allows players on the same planet to communicate. These players are guaranteed to be part of your faction and will likely help you out should you need their aid. The Alliance channel allows players to chat with their own alliance. Finally the whisper channel is the player’s private area to perform secret deals and negotiations away from prying eyes.

Star Supremacy’s chat function aims to give players a method of convenient communication with others. Friends from all over the world can chat, and it’s the best platform for finding new ones.

2a. The Procedure to Join an Alliance

There are many benefits of creating an alliance in Star Supremacy, but one of the main attractions is the commercial centre, which provides members with colony boosting functions. Players can apply to join pre-existing alliances (with the approval of the alliance leaders), or creating their own. Once joined, the members are expected to donate credit in order to help alliance expansion and progression. When donations reach a certain amount, the alliance can be upgraded, becoming more powerful, and providing improved protection for its members.

A powerful alliance can not only protect the members’ interests, but can also provide powerful protection for allies with the garrison. Players can create their own colonies on different planets to expand their territory. This expansion creates stretched defences, and can leave players more vulnerable to attack. However, by joining an alliance, players gain protection from other members. Alliance members can defend the players’ colonies by adding garrisoned fleets. Meanwhile, the players themselves can also garrison ships on the colonies of other alliance members. This enables the player to earn leader experience, participate in alliance combat, and get an experience bonus.

Players can exchange resources within the trade platform. By exchanging with other members in their alliance, players receive reduced trading costs which can significantly reducing their overall economic outgoings. As well as this, each player will create their own trade routes, from which resources can be sold. The amount of profit a player makes varies depending on the number of alliance players in the same route. So, the more alliance players there are trading, the greater the trade bonus the player earns.

The research system in Star Supremacy is very extensive, yet simple to use. By joining alliances, players gain bonuses to their research capabilities. If a research topic has been finished by any other members in the alliance, other players are able to reap the benefits from them. This allows players to save a large amount of research time, and improve their efficiency. There are many areas of research in the game, and it would take far too long for one person to complete them all. The research system really shows the importance of alliance organisation and the progression down research paths.

In Star Supremacy, the benefits and importance of teamwork is really emphasized. Individual player strength is limited, but with friends at their side, players are able to defend themselves from even the strongest of enemy attacks. The more friends in a player’s star, the smoother the road to Star Supremacy is. As long as players help each other and work together, any problems and difficulties can be overcome. Remember, a player is only as strong as their alliance. Will your alliance stake their permanent claim on the galaxy? 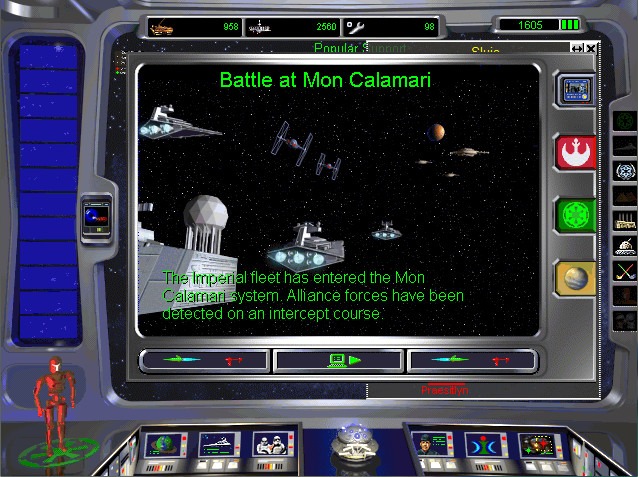 0 344
OMGOMGOMG GOG Gets Star Wars Rebellion (and Others)!