Home » Miscellaneous » Site/Life Stuff: Times, They Are A’Changin’ (For the Better)

Hey folks, how y’all doin’? I’m chiming in because there are some major changes on the horizon here in real life and they’ll be affecting the site for a spell, so I wanted to make y’all aware of ’em. First off, you likely have noticed the lack of videos/content lately, and I apologize for that. My typically busy schedule has been even busier of late, and is about to get busier still.

Which brings me to the big news: My girlfriend got a new job! A better job! Yay! What this ultimately means is that we’ll be moving, and we have to be out and done before the end of August. I’ve not moved in years, so I’m not thrilled at the idea, but the prospect of a larger place and shorter commute is too awesome to pass up.

This is where this site will be affected. For the next month…ish, content is going to likely be inconsistent and sporadic due to searching for a place, packing, moving, unpacking and so on. In the short term, that’s not great for the site, unfortunately. In the LONG term, however, we’ll be looking for a place with two bedrooms, one of which will be an office. This way I can work on writing and recording without inconveniencing my girlfriend as those activities do now. We’re also moving much closer to my job, conveniently, leading to a much shorter commute (i.e. likely 10-20 minutes rather than 40-60 minutes, if not even shorter depending). Both the separate, enclosed space and the shorter commute will ultimately mean I’ll have a lot more time, energy and mental space to devote to the site! YAY!

So short term, the site will slow down a bit in terms of new content, but once the move is over and all is settled, things should ramp up to even better/stronger levels than before! I thank you for your patience during the next month and a half as my life gets craaaaaaaaazy, and as always for visiting. :)

0 35
The Holiday Sales are Upon Us! Check Out My Buying Guides for Help! :) 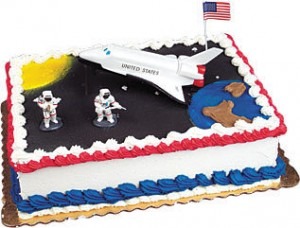 10 thoughts on “Site/Life Stuff: Times, They Are A’Changin’ (For the Better)”