Friends, I’m gonna be trying to do some more textual Q&As around here as a supplement to the podcast, because not everyone can do an audio interview. ;) Today’s Q&A is with Todd D’Arcy of StutterFox Studios, to talk about their upcoming space RTS, Falling Frontier (which I encourage you all to wishlist). If you like what you read here, please consider signing up for their newsletter at their home page linked above, or following Todd on Twitter. Now, onto the show!

Brian: What are the inspirations for Falling Frontier? If I didn’t know any better I’d say I see some Conquest: Frontier Wars and Nexus: The Jupiter Incident in there.

Todd: Inspirations for Falling Frontier are a mixed bag. Conquest: Frontier Wars and Nexus: The Jupiter Incident are certainly both sources of inspiration. Other titles that have inspired me are Homeworld, Stellaris, Masters of Orion 3 and even the original XCOM: Enemy Unknown just to name a few. All those games have elements that drew me in. Whether it was the scale of the world, a game play mechanic, the feeling the art and music created or just the fun factor.

B: The physics and destruction look fantastic. Which engine are you using for this game?

T: Falling Frontier is built on the Unity game engine

B: What can you tell us about the logistical gameplay here?

T: All resources except for credits are physicalised. What that means in terms of the game is that the players accessible resources no longer live as just a number in the top panel. Logistical hubs such as refineries, space ports and supply depots all store resources. End of the line logistical contact points such as shipyards also store resources. Resources need to be physically moved in game to be accessed. There are tools created for the player to set up automatic trade routes between structures and you will see little resource transports moving between structures and planets carrying ore, fuel and even people. These transports can of course also be destroyed allowing for a planet or moon to be blockaded and supply of resources to be cut off.

B: Based on the video I’ve seen, it looks like the game is sort of organized around hubs where you can build and fight? Are these based on planets or asteroid fields? What can you tell us about these building and fighting areas?

T: The game currently is very much focused around points of interest as I would call them. There is however no limitation as to where a player can position their flotilla’s and specific operations. There are plans to make the space between celestial bodies more populated with radiation fields, nebulae, and other hazards. Asteroid fields are the primary source of resource collection however certain upgrade paths on player controlled celestial bodies allow a player to deep core mine a planet or moon. This however runs the risk of disrupting the gravity well of that celestial object and thus destroying space stations in orbit.

B: Is there any sort of research and development here, and if so, what can you tell us about it?

B: What kind of ships will be available to the player?

T: Some ships in Falling Frontier are certainly designed for specific roles such as civilian ships like construction ships, mining ships etc. The military ships however are more of a blank slate where a player can unlock several chassis’, unlock certain weapons and internal components to then design their own templates or individual ships. There will be several military ships ranging from frigates up to battlecruisers.

B: How is the game laid out? Is it a linear campaign, or a more randomized, dynamic campaign? Will there be skirmish modes as well?

T: The plan for release is to have a skirmish mode with a randomised map. Depending on the success of the game however I would love to take the time to build out a campaign for the game.

B: With all the different areas to focus on, like different fields to build and fight in, and logistics and the like, what can you tell us about the UI you’ve created to make this all manageable?

T: Where possible UI layers are rather minimal as to not clutter up the screen, there are however elements that by their nature need to be more complicated and have sub menus in order to pass the appropriate information to the player. Shipyards for example are rather complicated as they house resources, construct, and repair ships so they need to present a lot of information. Other UIs such as the logistics UI which is all about setting supply routes is rather simple. Where possible I have tried to pull back on the information I push to the player. I usually go through a 3-phase iterative process to end up with a UI I am fairly happy with.

B: Are there any kind of RPG elements, such as characters or ships gaining experience?

T: Yes, both command crew and enlisted crew level up in different ways. Enlisted crew gain XP as a single entity that will impact ship operations whereas command crew can be trained in specific areas that will enhance their role. For example, a navigator can undertake training that will allow them to jump slightly farther then the default jump range or a gunnery sergeant might be able to improve the rate of fire or the captain might be able to prevent the crew from abandoning ship for a little longer than usual.

B: What’s the biggest challenge you’re facing in building an RTS game?

T: Answer: To be honest that is a moving goal post. It used to be the pathfinding system, then it was the save system. Now it is the strategic AI. Pretty much every system in Falling Frontier needs to be built for purpose so lots of systems are getting created from the ground up. So I’d say to date the AI is the biggest challenge. 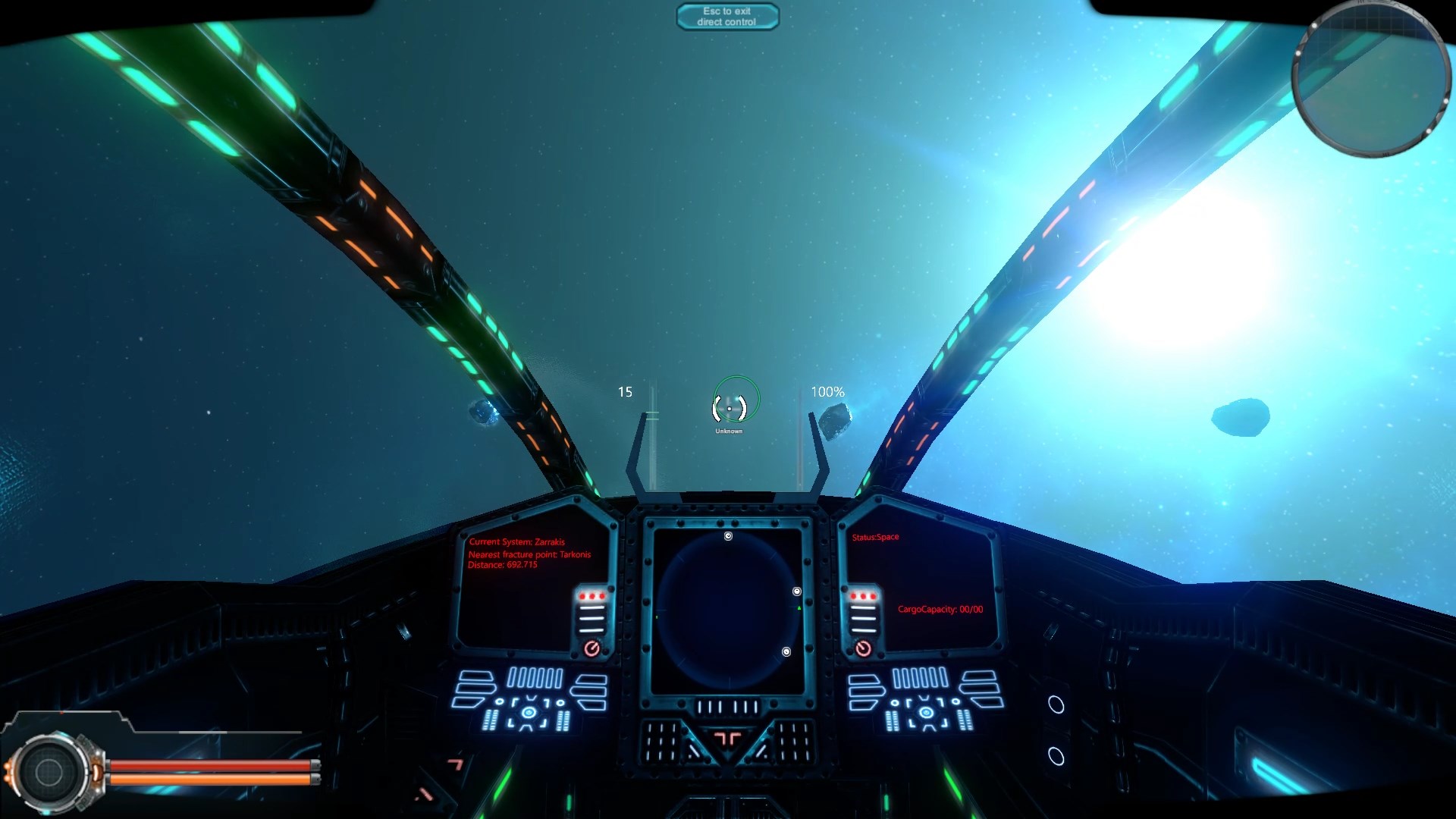 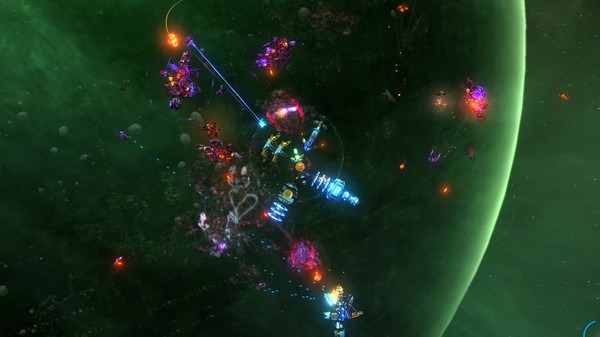 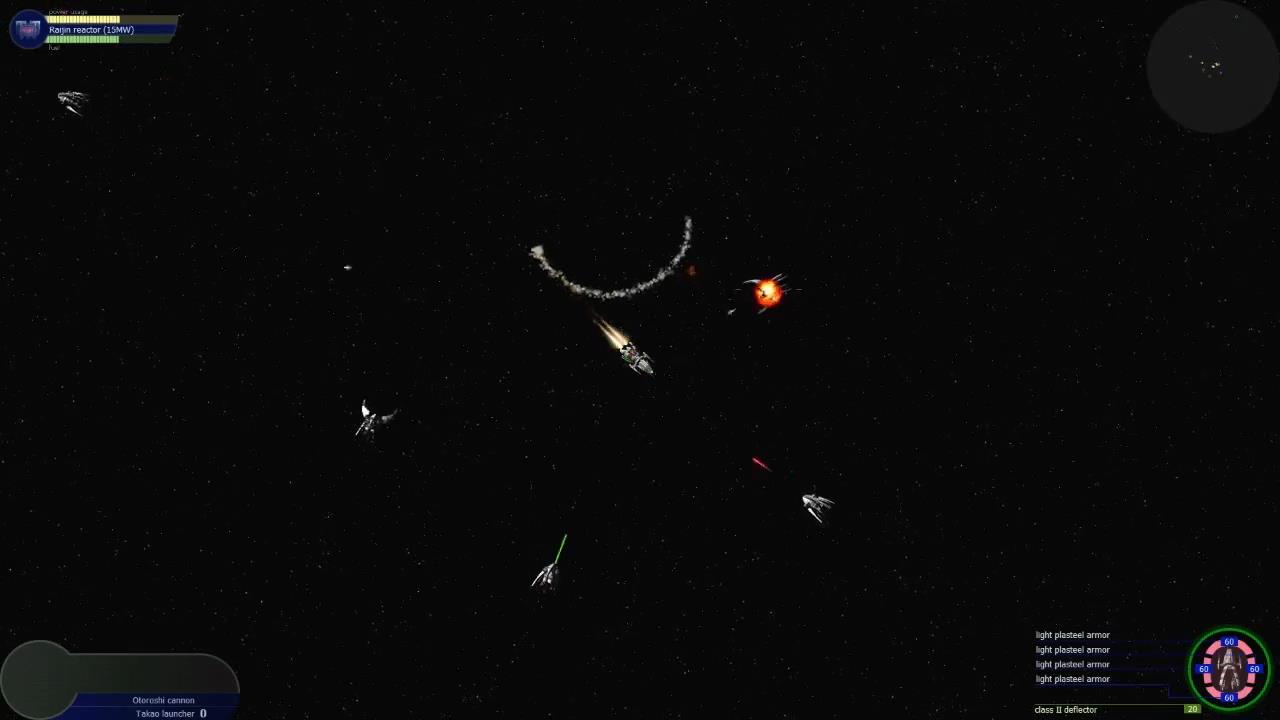