So a little while back, I got an email from Jamie “Freelancer” Smith, developer behind an indie game called OreSome, asking if I’d like to do a Q&A with him about their game. I of course accepted, since I’m all about bringing more exposure to indie space games. OreSome is an intriguing looking game about mining and building your way to success over rival corporations. Since I do loves me some mining, I couldn’t wait to hear more. Therefore, please enjoy my Q&A with Jamie after the cut. :)

Brian Rubin: Thank you for taking my questions. First off, for those of us who are unaware of the game, could you please lay out the game’s concept and core gameplay elements?

Jamie Smith: I’ve described it before as the test tube baby of Asteroids, Minecraft and Skyrim – the player can fly around a dynamically generated universe, drilling for ore and fighting to survive, all the while choosing from a wide variety of upgrades to suit their play style. Building installations and capital ships is possible, by attaching specialized pieces known as ‘frames’ together in real time game play. Massive constructions can be made with this system as the game progresses. By the time you’re done, you’ll be powering light speed jump drives with stars, building Death Star style super weapons with black holes and in charge of the largest scale mining operation ever known to man – all working for one of humanity’s least scrupulous corporations – and there’s a lot of competition. There is also a multi-branched serious of quests the player can complete for reward and to discover answers as to why the universe is in the state it’s in.

Brian: Could you please tell us where the inspiration/idea for the game came from, and what prompted you to create it?

Jamie: Actually, it was originally just an experiment, to learn XNA, which is what OreSome is written in. I had been planning to make something like a 2D Minecraft clone to test my skills, since I’ve never made a game before in any language. It kind of just evolved from there, when I realized how certain things could be done, and that I was making something people might be interested in. I think that the game has come a long way from humble roots about 6 months ago, and hope everyone else will agree.

Brian: An intriguing thing about this game is it isn’t just about flying around and shooting enemies, but harvesting the materials of the universe, in this case various types of ore, against them. Could you explain some of the varying ways ore is acquired and used in OreSome?

Jamie: There’s actually quite a few options. The main one, which players begin with, is the mining drill on your Builder Bot. As you progress, you gain access to separate bots that can do the job remotely, then automatically, as well as a large frame piece that will grind up whole planets for you. Mining isn’t your only option either – ore can be found in reward canisters during quests and by killing large foes. In the mid-late game, you can even build farms of frames, like solar panels around suns and dangerously explosive nuclear reactors that will generate different types of ore for you. Ore can be used to pay for researched upgrades, power weapons and special attacks and build frames and bots to increase your fleet.

Brian: This game looks like it has a lot to juggle, with not just your ship to control, but a myriad of bots with different abilities, energy requirements and so on. How easy is it for the player to manage all of these elements in OreSome, and how does the UI help the player in this regard?

Jamie: At the beginning, the player has just one ship, and I try to keep the increase in ‘stuff’ to a moderate pace, so people can get used to using new abilities. There are also a number of upgrades that assist the player in monitoring their fleet. For example, early on there’s a Bot Panel that can be bought that displays their current health and status. Later, there are frames that generate zones that give your bots AI to fight without player input. Large ships are easily maneuverable because they’re controlled from a single central point – any attached bots move as one when instructed. Automatic defenses can be constructed relatively easily, allowing you to concentrate on what you’re doing rather than be constantly checking up. As long as your Builder Bot survives, any damage can be rebuilt.

Brian: Based on what I’ve seen, it looks like you can build platforms not only to harness ore or build defenses, but also enhance your own ship. Could you please explain the varied types of platforms in the game as well as how some of them can be used for different functions?

Jamie: I’ve mentioned a few of the options already, but that really is the tip of the iceberg. There are more than 30 types in OreSome so far, and that probably won’t be the final total. Options include anchors, connectors, hoppers to contain ore, giant engines, rams, cannon, tractor beams, FTL drives and more. I really want customization to be a major part of OreSome, with players building ships that really feel like their own. It’s up to them whether they want to make stationary bases, or capital ships – all it takes is the connection of one control frame to turn one into the other. There’s no hard limit on how structures can be either – if you want to build a roaming doom-base, have at it! If you’d prefer a fleet of corvette sized ships, operating from a central staging area, that’s fine too.

Brian: It looks as if you’ll be able to make super weapons to harness the power of whole planets and stars in the fight against the other corporations you’ll be struggling against.

Jamie: Yep, the top level frames are powered by connecting them to stars to achieve invulnerability, jump drive travel and massive death beam cannon. Planets can be used as temporary ore storage, or can be flung at enemies to damage them, if you’ve got the right setup.

Brian: Could you detail how the player improves and advances not only their own ship, but the capabilities of their bots and frames throughout the game?

Jamie: Each bot has its standard ability, but also an available upgrade that changes how they can be used to a great degree. Bonder Bots, for example are essentially tug boats, but with the Grav Launcher, they gain something similar to a mini black hole making rocket launcher. Binders normally can attach two bots together, but upgrades allow energy walls and tethering to stars. The main Builder Bot has a number of these, allowing it to blow up stars and create asteroid storms at their highest. Frames tend to be upgrades in themselves, add-ons for whatever the player is building at the time.

Brian: Apparently there are several corporations in the game, one of which you fight for. Please tell us how the other corporations can be interacted with. For example, is it just all-out combat, or are there diplomatic options as well?

Jamie: The corporations, for reasons that become clear in the story, can’t really be negotiated with, but they will treat you differently. For example, OreQward will just stare at you suspiciously unless you get too close and OreFull won’t attack or be attacked by the game’s alien enemies. Each will fight each other if they come across one another. They won’t be the only installations in the game, and I intend to get interaction with civilians in, though I’m not ready with specifics on that just yet, though some form of simple trading is likely, along with messages and missions.

Brian: Are the universes in OreSome randomly generated, and if so, what kinds of options does the player have for fine-tuning their universe (i.e. size, shape, age, etc…)? If not, what others ways Oresome increase its longevity with players?

Jamie: I tend to call it semi-random, because while placement of missions, stars, planets and so forth is not fixed, there are specific zones that get more dangerous the further the player heads out from the center, and certain quests are only placed in each zone. I hope it’ll mean people get quite different sets of quests per play through, or at least in a different order. At the moment, the settings are fixed for how it generates the zones, but it wouldn’t be difficult to change that. Before I do though, I’m going to try and find out what people actually WANT to change, so that may be a post release addition. As to longevity, I intend to include at minimum some rudimentary modding abilities. I definitely aim to let players include their own creations as random encounters and hopefully there will be more than that when I’m done. There’s also the Shipyard, for players to experiment with.

Brian: Finally, what is the one thing you’re most excited about in regards to Oresome that you would like to share with potential fans?

Jamie: I’m really looking forward to seeing what people do with Shipyard Mode, which I’ll be releasing for free this week. It lets players drop in pretty much any of the items in the game, from suns to enemies and save the designs. If people make anything interesting, all they have to do is send me the save file, and I can poke it into the game in mere minutes. I’m hoping that’ll give OreSome a community that really feels involved with the game.

Brian: Thank you for your time! 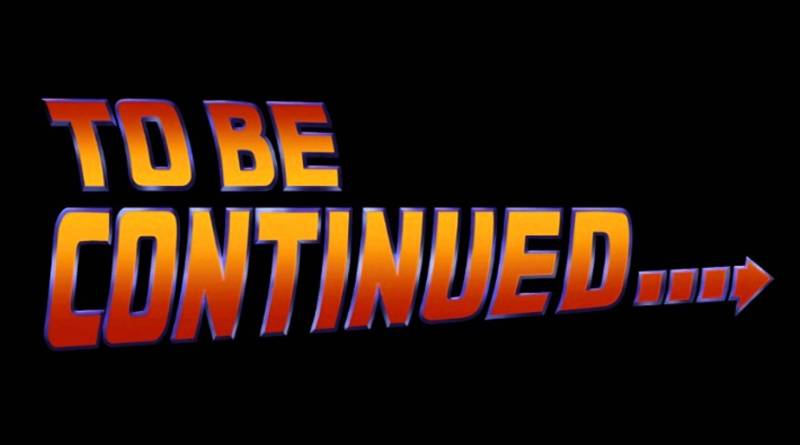 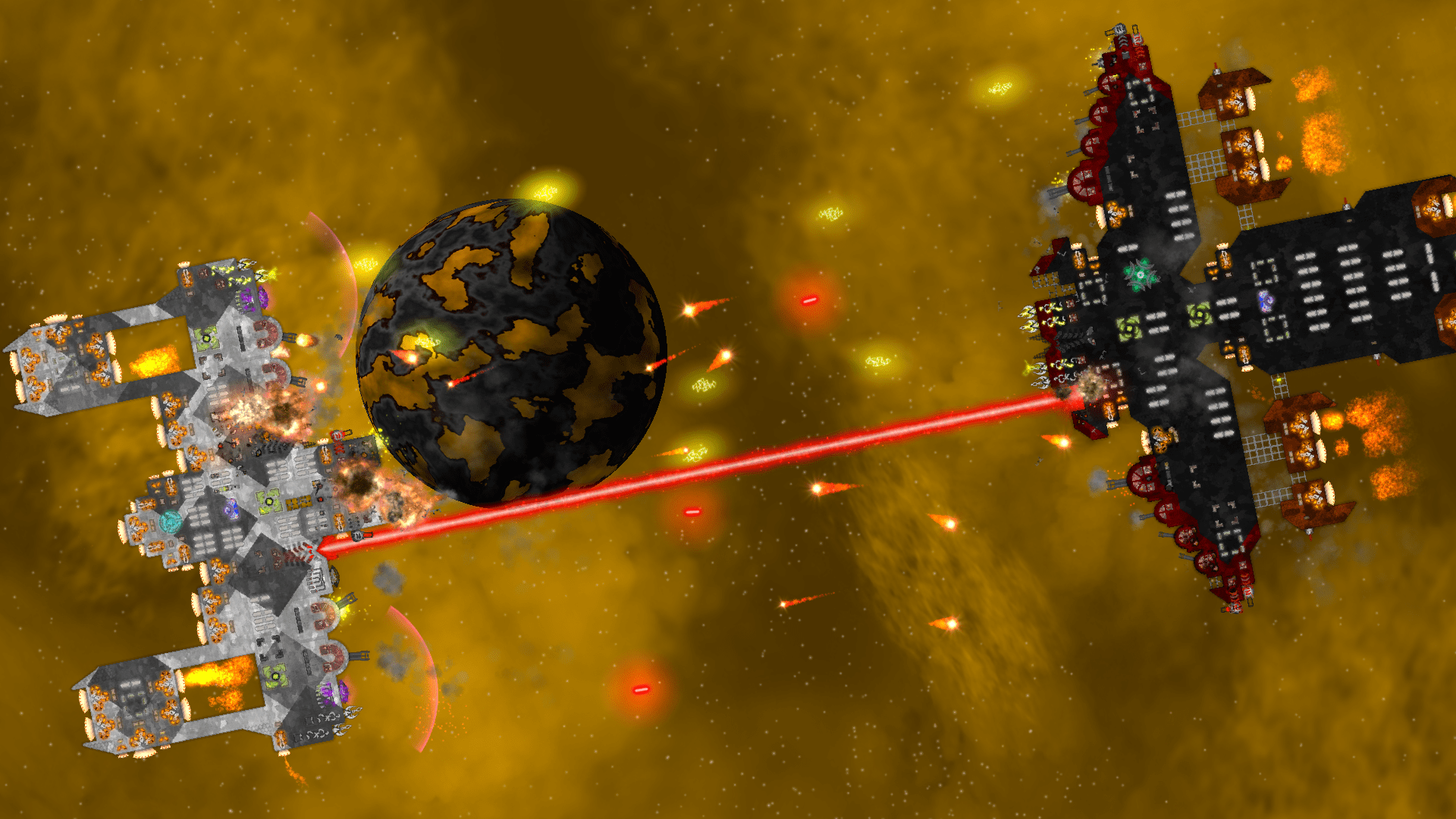