See that? That’s the transport Hera, which you may recall from my last entry on SOL: Exodus that I was being asked to save from tumbling into Neptune. WELL, this time around, I had gotten to the Hera just in time or so I thought. I hacked her systems and engaged her engines and boom, saved, right? WELL, first CASSI says “Transport HERA Saved.” BUT a second later she says that the Hera is lost and there are no survivors. I was confused and annoyed. THANKFULLY…the remainder of the game didn’t end up being either of those things…

Since last we visited SOL: Exodus, the game has had a numerous amount of patches in response to player comments, focusing on fixing things and adding new features. One feature I did notice immediately was that the targeting reticule was more precise, something I hadn’t really noticed much until it was fixed.

Anyway, if you recall last time, I failed the mission when the enemy frigate Jubilation rammed into my ship, the Atlas. Well, dangit, this time I wasn’t gonna let that happen. After hacking the hell out of the Jubilation, I was finally able to hit her weak spots — which I WISH I could specifically target, but whatever — and took her out. WHEW!

The Atlas was registering at 0%, but she wasn’t blowing up, so it was likely 0.05% or some such nonsense. She looked pretty rough as I flew into her hangar bay…

With that mission over, we headed to Uranus (hehehehe), but CASSI was quick to tell us that the ATLAS’ weapons were out of commission, and that she only had enough fuel for one more jump. Therefore, of COURSE it makes sense to have some damned COD bombers jump in just a moment later, heading straight for my stricken mothership.

At that point, my character tells CASSI to jump the Atlas out. Doesn’t matter where, just get her the hell out of there. I work on taking care of the bombers when more fighters and gunships show up. Thankfully, CASSI finally listens and jumps the Atlas away, and suddenly I feel pretty much alone. Eventually it’s just a never-ending stream of fighters, bombers and elites, with Corbin taunting me the entire time, the lousy sod.

Even though much is made out of the Elite’s missile firing capabilities, I think throughout the entirety of the mission, they launched three missiles. Since there are no countermeasures, the game expects you to drift — you know, having your ship go in one direction while you spin in another, in a nod to Newtownian physics — but I’ve never been good at that, so I basically burn away from ’em then shoot ’em down from a distance, when I can.

Eventually, General Elena Shapiro — who my character apparently knows — to save the day. She apparently was tipped off by CASSI, who’s missing with the Atlas, and so of course we have to find her. We’re told to set course for Saturn in the meanwhile.

This starts the next mission, “Day Six: Saturn”. Capt. Hollund and I arrive at Saturn to meet the UCS Resistance Force and its “hidden in plain sight” installation, which is being modified to fight the COD while pretending to work with them. It’s a fairly big installation, so much so that it causes my old machine to stutter for the first time — which doesn’t help with targeting, let me tell you. We’re told that the Dawn’s Hammer is heading in, and are ordered to basically hide while the ruse plays out.

Major Chen placates the Dawn’s Hammer for a moment, but only just, before the installation goes hot, and begins fighting back at the COD frigate. General T’Jien on the Dawn’s Hammer is understandably outraged. Of course, tons of fighters appear on the scene, so we begin mopping ’em up. Eventually, the installation prepares its special surprise, missiles tipped with nuclear warheads! Whoohoo! I’m told to take out the Hammer’s turrets, but I can’t seem to target OR shoot them, so it becomes a god dammed moot point.

Eventually, the missiles get launched, so of course the COD forces go after ’em. I try to protect the missiles, but some get knocked out. Thankfully, the Hammer does take some hits.

Eventually, the mission becomes a cycle of the installation firing missiles, while the COD comes in with both bombers and mining drones, both of which are a pain in my ass. In the midst of all this chaos, I hear a familiar voice…it’s CASSI, and the Atlas! YAY! I actually felt really happy to see the old girl(s) again. :) My character was happy too.

More bombers and fighters show up to take down the Atlas and the rest of us, but the old girl stands firm. The Dawn’s Hammer launches more and more drones, which eventually turn out to be her downfall. After hacking into their system, we turn the Hammer’s drones on her, which eventually destroys the ship. This is a pretty awesome moment, and I felt pretty good.

We’re then told that Aric’s Temple is on the way. Apparently a temple is a massive, mobile battlestation — but it’s not a moon? — that’s a big problem to deal with. My character tells CASSI to head straight for it. This leads to the next — and final — mission for this installment, “Day Seven: Titan”.

So yeah, that’s a Temple, and it is indeed pretty damned big. Maybe not Freespace 2 big, but still, it’s impressive.  This is it, the all-out battle for humanity, and it does feel pretty epic. The station has her own defenses, but there are also tons of craft in play, making for a very hectic tactical situation.

There are fighters, bombers, gunships and elites all in play, and THIS time, the elites show their teeth by firing a lot more missiles this time, forcing me to use the slide thingy more often, which I get better at. While the Atlas, Capt. Hollund and I mop up as many enemy forces as we can, Atlas and CASSI turn their Torchlight — the method used to hack into enemy systems — onto the Temple itself. Eventually, CASSI tells me I’ll have to fly INSIDE the station and take out three reactors.

While fighting more enemies, General Shapiro and her forces show up to help out. Around then, CASSI discovers the first node, so I fly into to have it hacked. When this works, the outer doors open, and I fly into the station, eventually finding the first reactor and taking it out.

It was pretty cool flying into and out of the station, and of course while I was inside, some bombers or something would show up to threaten the Atlas, so I’d have to speed out to save her. Eventually another freaking Frigate showed up to take out the Atlas while I was inside the station on one of my runs, so I had to speed out of there to take her out, which I did after hacking the crap out of her.

Eventually, all three reactors get taken out, lowering the station’s shield dome. NOW Corbin wants to talk about a “parlay”, but of course my character will have none of it. After several runs with missiles and the MAG Cannon, I finally take the Temple out.

Now the game is over…or IS IT? I stopped taking screenshots during the credits — I usually stop credits during movies too, not realizing there’s stuff at the end — and missed screenshots of Corbin talking about some secret base on the far side of the moon or something. As we know this is the first half of the planned game, this is barely surprising. ;)

So how is the game overall? It can be frustrating here and there, but it also can be a lot of fun. If you’re coming into this game expecting the next Freespace or TIE Fighter, you may be disappointed. Things those games have — like managing power levels, subsystem targeting and so on — are absent from SOL: Exodus. This game is basically a thrill ride, and instead of holding onto a railing, your job is basically to shoot everything in sight and — besides some hacking — little else.

This isn’t a bad thing. If you come to the game with the right expectations, you’ll probably have a great time. I certainly did during my 2-3 hours of playing the game. Is it worth $10? Totally. Will it revitalize the space sim genre? Likely not, but it’s a definite step in the right direction. I’d say if you’re looking for some simple space shooting gun play with maybe the added layer of a little hacking, you’ll have a great time with SOL: Exodus.

I hope you’ve enjoyed my diaries on this game, and if you haven’t already, be sure to also read parts one and two. Thanks for reading, and if you’d like to see all of the screenshots for this entry, please click below. 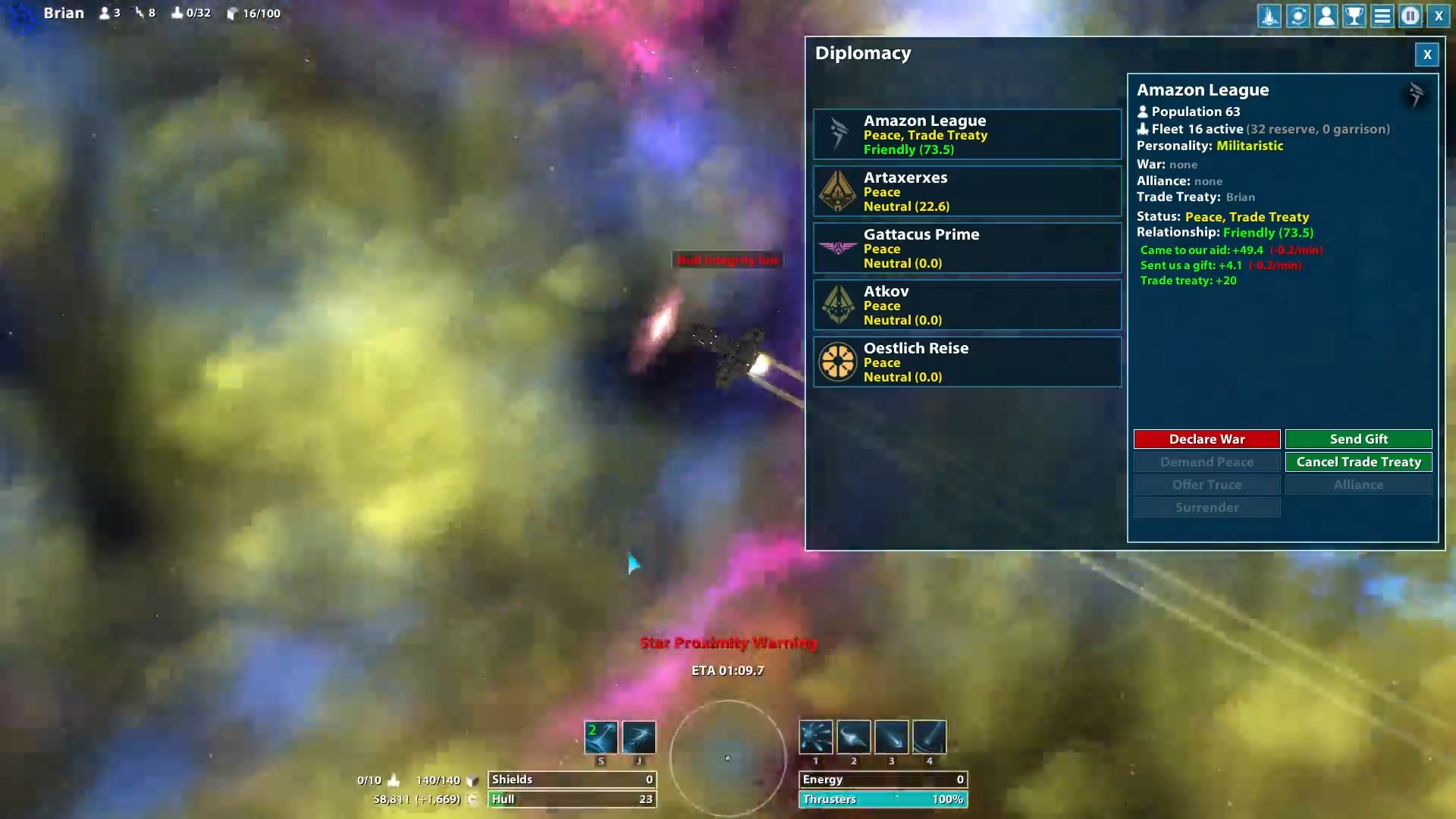 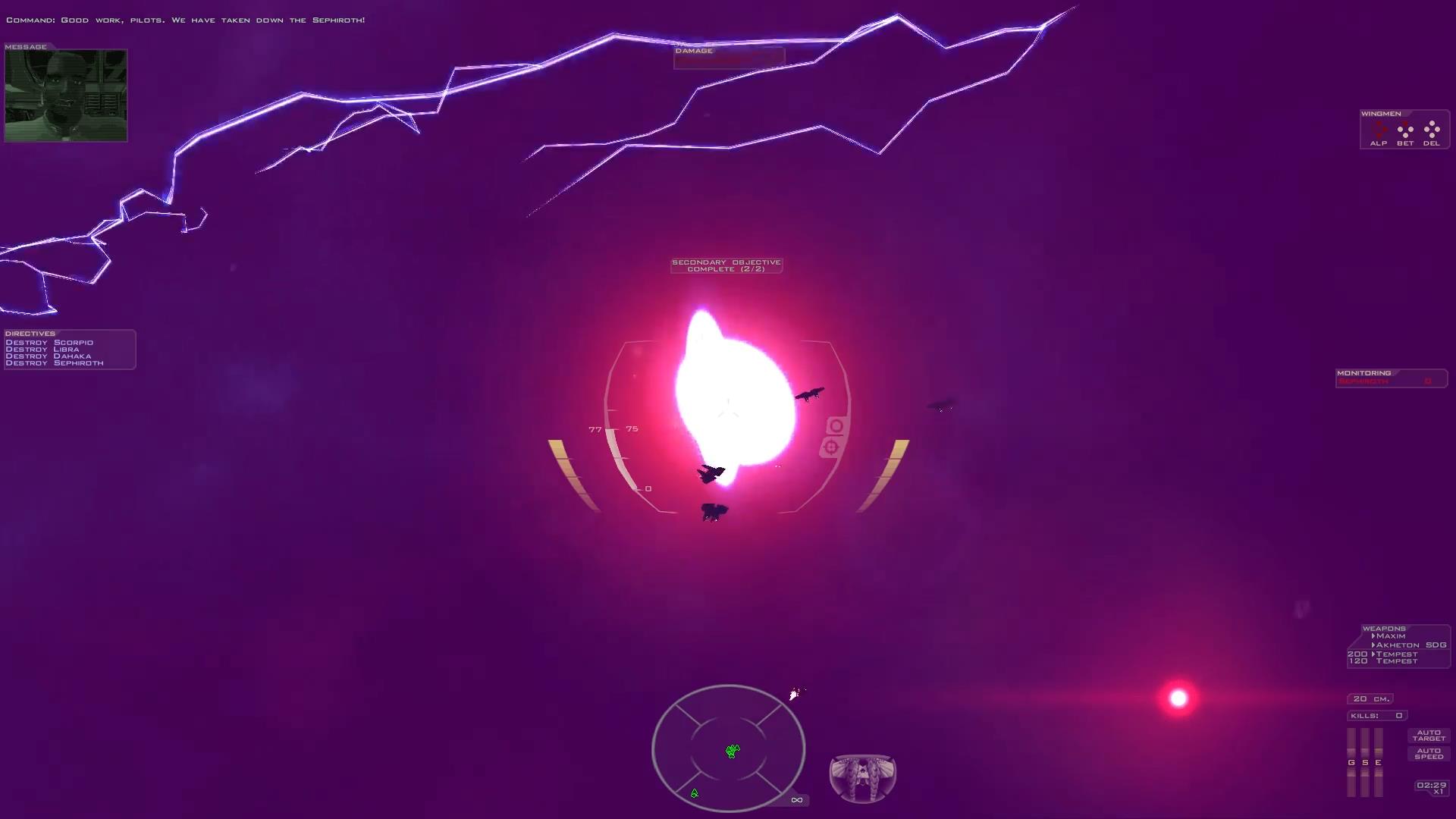 0 21
Beyond Beyaan: Master of its Own Destiny 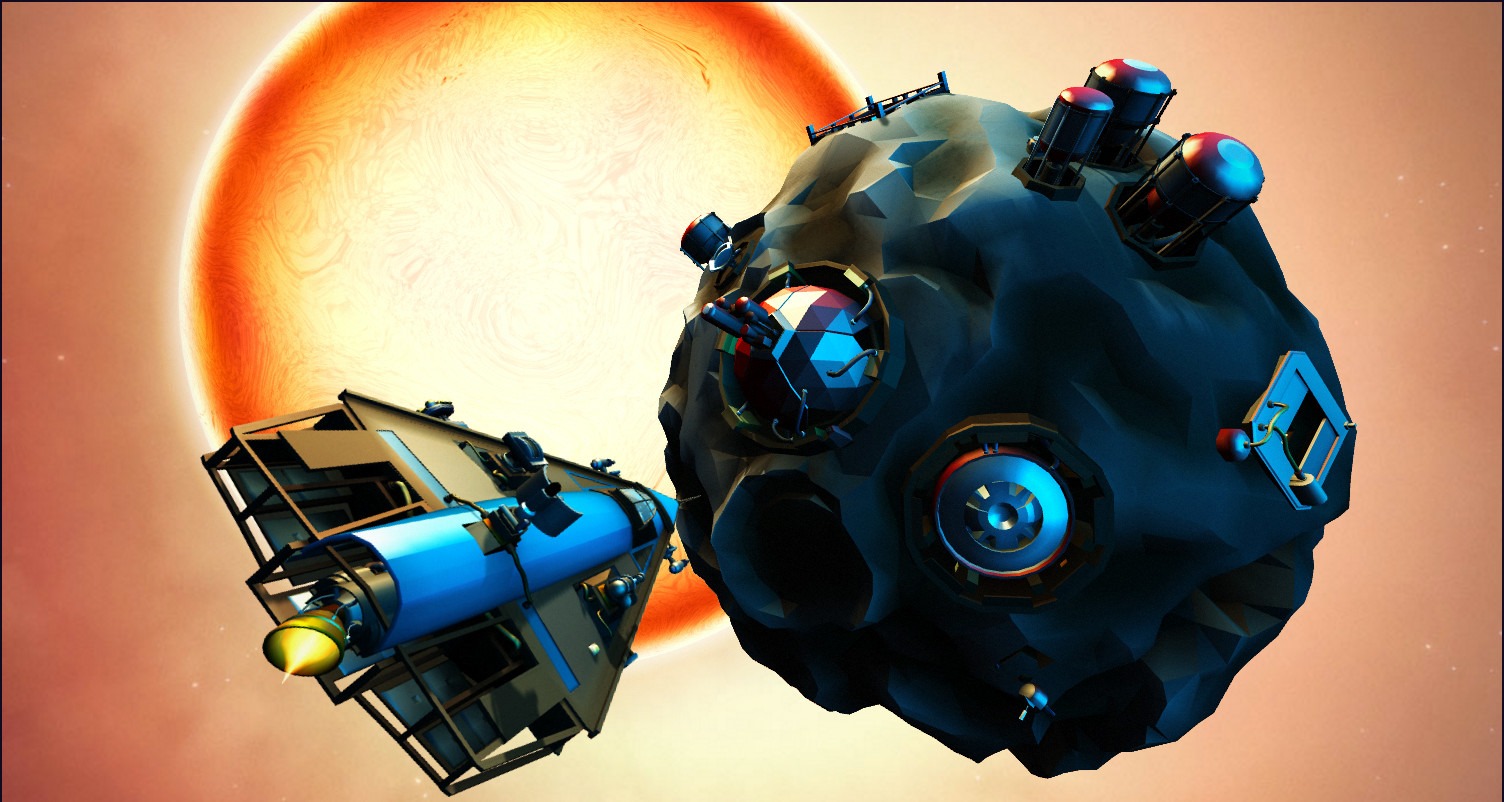