Before I begin the first installment of this review, a couple of caveats. First, after I published my preview a while back, I got yelled at by fans of the game on Facebook for being a “n00b”. Well it’s true, that article was the first time I’d ever played a Sins game, and this will be the second, so be aware I’m playing this game as someone who never played the original.

Secondly, I apologize for the low amount of screenshots. Neither of my typical programs wanted to work with Rebellion for some reason, so I had to manually take them myself with Steam, and I suuuuuuuuuuuuuuuuck at taking my own screenshots. Now, with that in mind, please enjoy the first installment of my look at Sins of a Solar Empire: Rebellion.

There are three main races in Rebellion, the TEC (humans), the Vasari and the Advent. Rebellion mixes this up by splitting each race into two factions, basically loyalists and rebels. Each of these six factions thankfully have some differences, such as the titans they can build and so on, to help keep the game fresh through repeated sessions. For this game, I chose the Vasari Rebels because I liked the idea of trying to get everyone working together for the common good (though this didn’t last long). I then chose a medium, random galaxy with no special victory conditions.

The game also included several pre-made maps for each map size, but I always loves me some random maps. I found myself with systems on two sides — which meant only two chokepoints to defend — and immediately set my exploration ships to put eyes in our neighboring systems, along with building turrets at the two star lane entry points. I also noticed that my home system had a capital ship factory already, and for some reason I was able to choose one capital for no cost at all. I don’t know if this was a bug or a feature, but I chose a Kortul Devastator, which was named Karakus. She came in handy in the days ahead.

Little did I know, SERIOUSLY handy, because in each system neighboring mine, there were enemy ships from the Stostra Militia and Talvor Corporate which immediately attacked my exploration vessels! ACK! No rest for the weary in this game I suppose. I built of a fleet of several frigates and, along with Karakus, cleared the two systems neighboring ours fairly quickly, sending out a colony ship to a neighboring system to plant roots, as it were. I didn’t move too much beyond that because I wanted to try to build my forces first. I didn’t have a lot of time, however, as I was alerted to an oncoming pirate raid. ACK!

Pirate ships, thankfully, don’t seem too smart, but it took me a while to learn that. Until then, I kept throwing Karakus and my frigates at them until I ran out of frigates, and had to build more. Eventually I realized that pirates will gleefully come into range of your defensive batteries if you maneuver your ships correctly, which totally helped, and in the end, I eradicated the pirate scourge. It was a long and hard-fought battle, and it was a joy to watch.

Thankfully, since I hadn’t have time to really expand (Thanks pirates! Ye bastards!!!), I ended up with a decent surplus of materials like metal and crystal, so I opened the black market and placed bounties on all of the other empires, so they’d hopefully get off MY back for a while and allow me to expand. This did indeed give me some time to build some colonization ships and explore a bit more. I sent my fleet to scout around when my newest colony was attacked once again by pirates, the filthy scourge. Do they EVER let up? Thankfully I took care of them, then built some new types of ships thanks to all of the research I had been doing! Yay new ships with torpedoes! (With names I forget because I was honestly too enthralled to take notes on everything, that’s okay, right? ;)

Eventually I got to the point where I was destroying all of the enemy colony ships I ran into because I couldn’t build mine fast enough, and gorrammit, I wanted those bloody planets. This didn’t sit well with some of my enemies, who warned me to keep paying bounties and wasting my money. I laughed at that and kept paying anyway. ;) Eventually, one of the empires — the Galan Rim Union — gave me a mission to kill a five Anator Skavun ships in a certain amount of time. I wanted to make new friends, so I jumped at it. I made a small fleet with Karakus and some frigates, left the rest of my fleet on picket duty, and started the hunt.

After finding some small colony ships along the way, I finally found some Anator Skavun ships, but could only destroy one before they ran away, sadly. At this point, I was kinda stuck, as I was at my fleet limit and couldn’t build anymore Migrators to colonize the new planets I was finding. ARG again! I figured I had to get into a fight and lose some ships in order to gain the capability to build more. I wanted them to go out in battle! Sadly, after checking 2-3 systems, I didn’t find any worthy opponents, so I figured I’d take a break during this slow period.

I apologize if this review installment seemed a bit rambly, but again, I was so enthralled in the game I didn’t take as many notes as I should have, so I had to go on memory, the few screenshots I had and the few notes I took. Regardless, I had a FABULOUS time with this first session of Sins of a Solar Empire: Rebellion, even though I only had a partial idea what I was doing (I already diiiiiiiiiiiiiiiiiiiid the tutorial in the preview, I can’t be BOTHERED to do it again ;). I can’t wait to dive in even more and see if my Vasari rebels can stick around a while. :)

Thank you for reading this first part of my review of Sins of a Solar Empire: Rebellion. I promise next time to do a better job with notes and screenshots, but I hope you’ve enjoyed this article regardless. ;) Now please enjoy the gallery of all of the screenshots below, and thanks again for visiting! :) 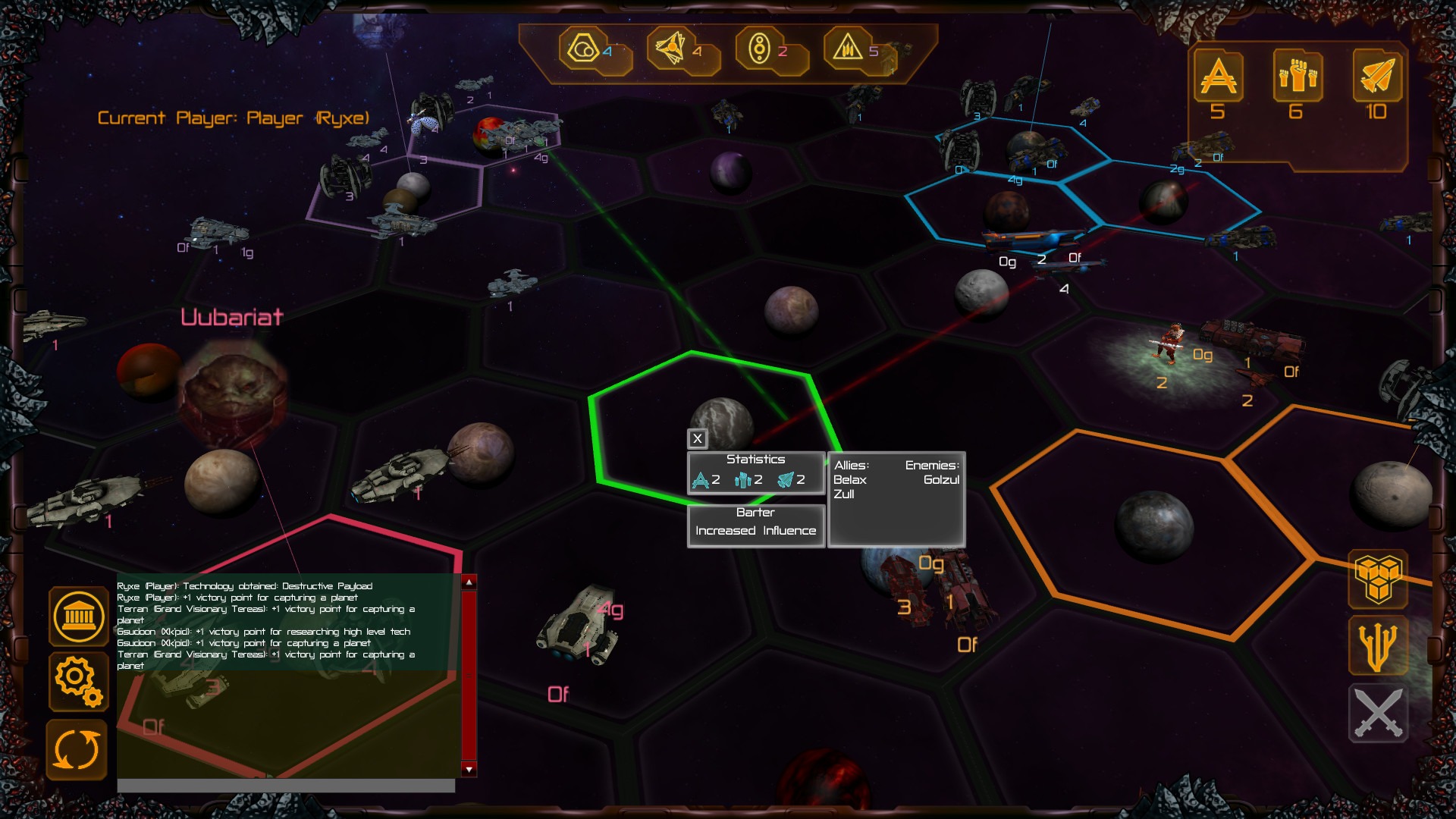 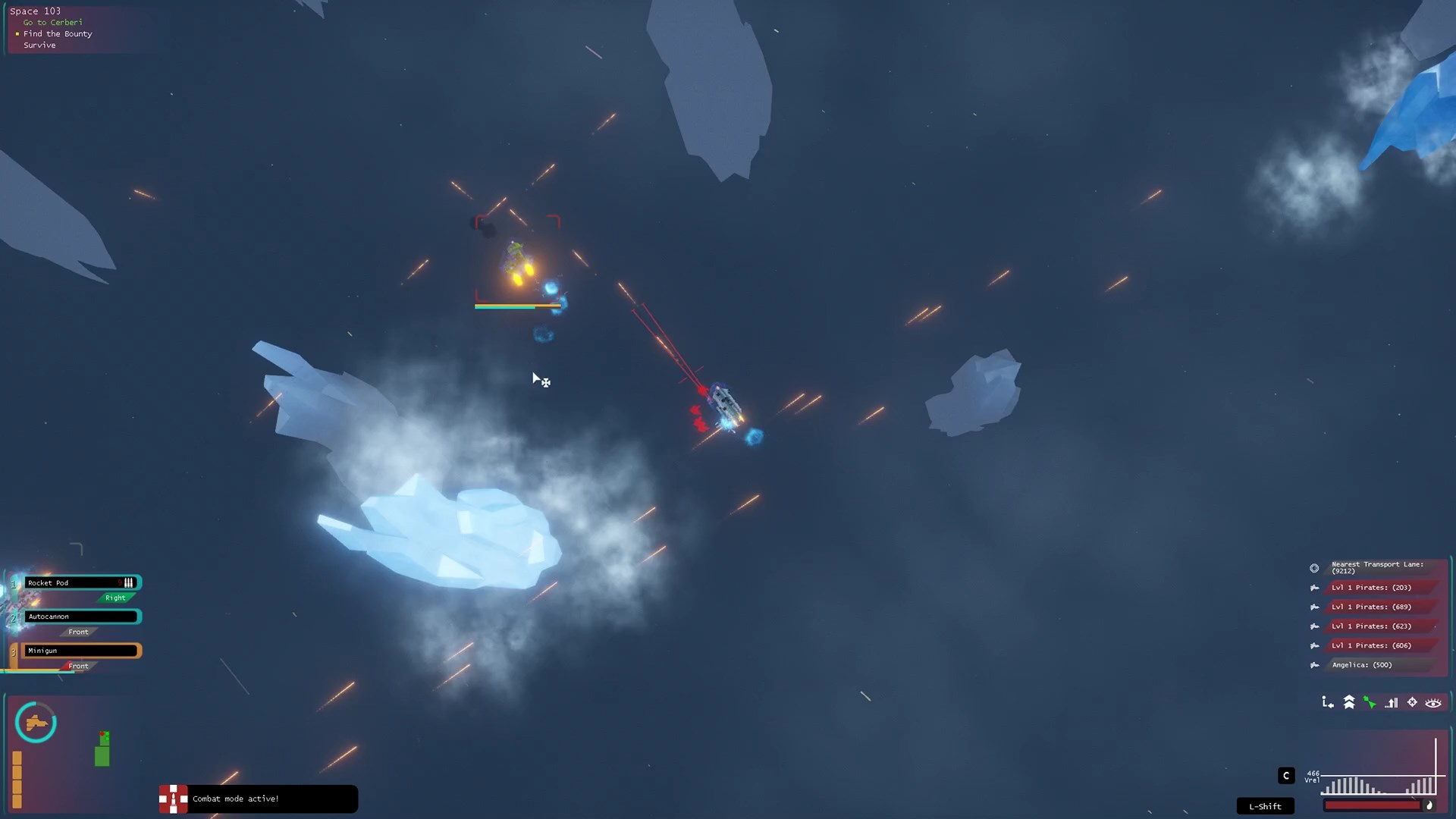 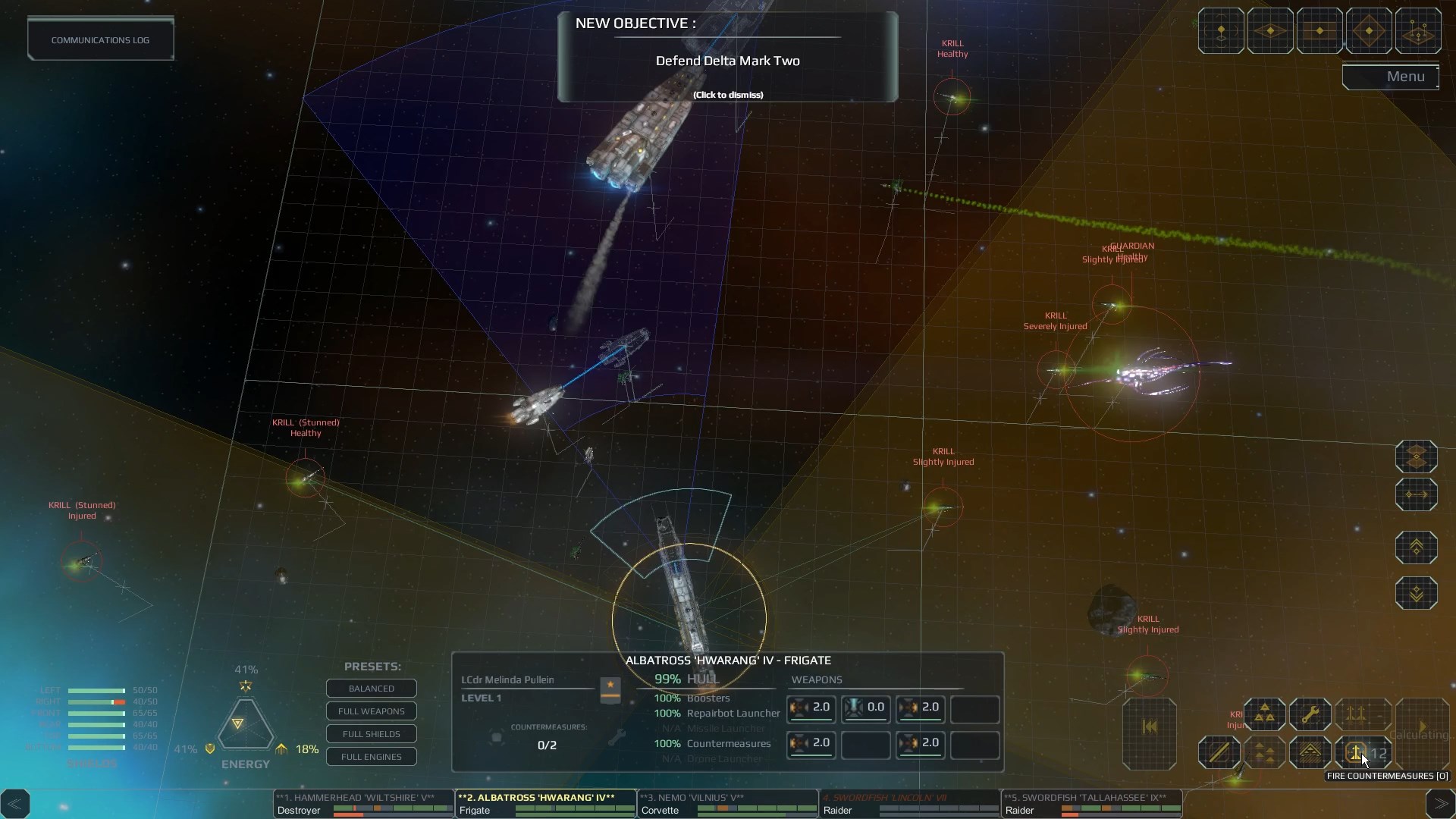 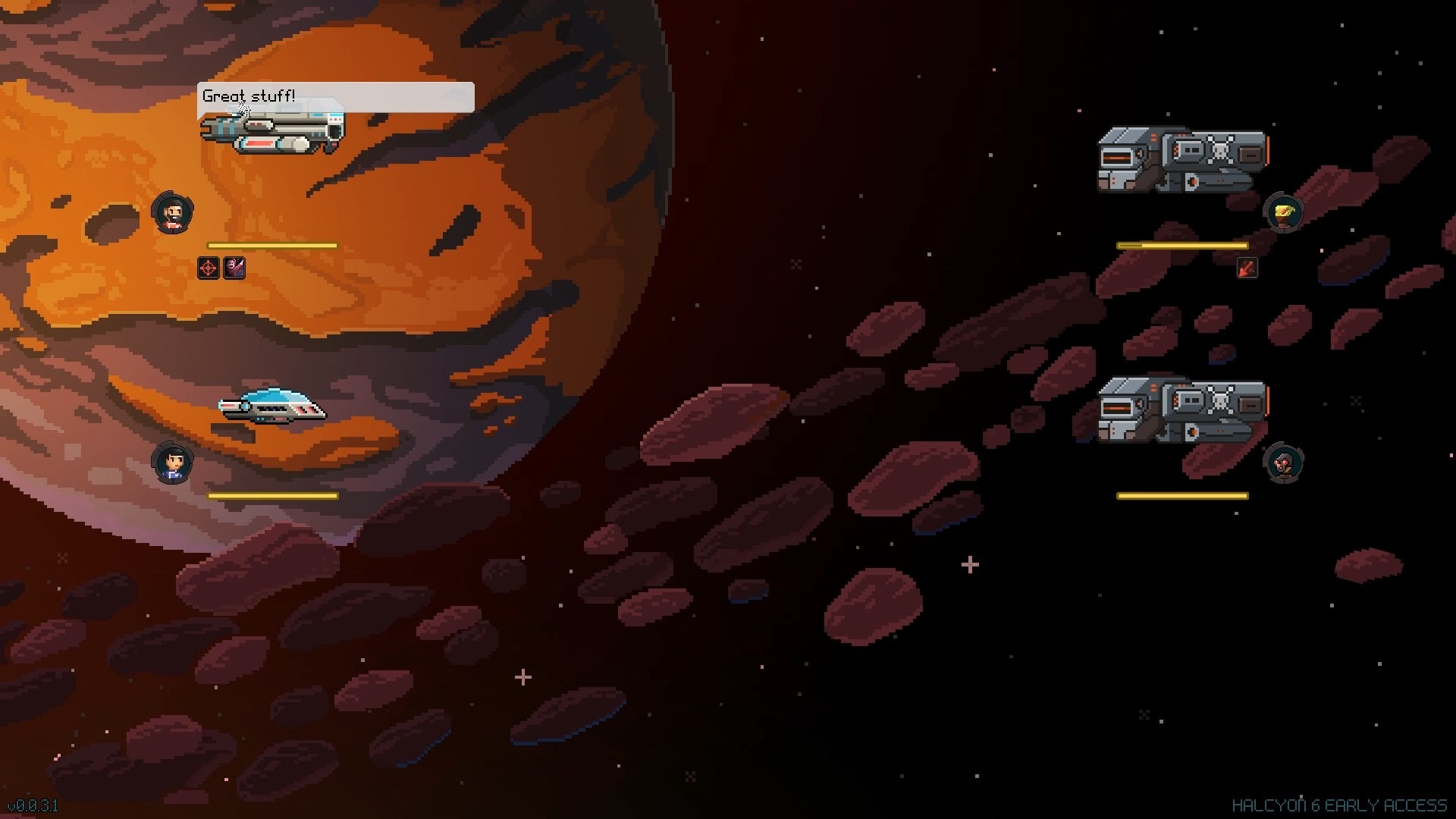 8 thoughts on “Sins of a Solar Empire: Rebellion – Barely Prepared for a Hostile Galaxy”