A year-ish ago, when Endless Space originally came out, I was mired in all kinds of real life nonsense, from my girlfriend losing her job to needing her to move in to switching roles at work and all sorts of stuff, so I was only able to put out an initial article on it. After life had calmed down, I tried to return to the game…and found I didn’t want to. I’ll be honest, while the game made an excellent initial first impression, after several hours, cracks really began to show in the game’s armor, namely the game’s artificial intelligence and the hands-off battle system. Eventually I got to a point where I had a hard time enjoying the game since these two factors ran concurrently throughout the entire design of the game, so I shelved it for a while. When the folks at Amplitude announced their upcoming Disharmony expansion, which claimed to have better AI and an improved battle system, my ears definitely perked up. Would this fix my issues with the core game so that I could enjoy it? With the expansion coming out tomorrow, I was able to spend some time with the expansion, looking specifically at those two areas I had issues with, to see if this expansion made for a more harmonious gameplay experience. Here’s what I found…

The big addition to the game through this expansion is the new race, the Harmony. Thanks to an encounter with the Dust ages ago, their essence has been trapped in crystal, making them corrupted and verrrrrrrrry upset with anything Dust-related. This means that not only will they not use Dust at all — which is a form of currency in the game if you weren’t aware — but they can’t engage in Dust-related activities such as hiring heroes or retrofitting ships. This gives them fewer options in some ways, but also frees them up from the crutch that dust becomes later in the game, such as having to pay ship upkeep costs, which the Harmony are immune from. ;) I therefore of course decided to play these guys for my preview playthrough, and found the lack of dust to be an intriguing gameplay element, since it does limit some of your options and changes the way you need to think about dealing with events and the like.

Speaking of which, events appear to be a new thing in the game (or they’re at least new since last I played it), and I really dig ’em. Exploring will have your ships come across wrecks or wonders that can be exploited, shared, or destroyed, and other events such as assassination attempts add a bit more flair to the game than before. You now have three different ways to react to these events, such as selfish, helpful and hostile, each with different costs and outcomes. For example, as the result of an assassination attempt, I chose to be helpful and spend time to find the true perpetrators of the attack, rather than be hostile and kill EVERYONE even close to being involved. I really dug this randomness to the game, and was excited to see it happen with some regularity (the events, not the assassination attempts). This is one thing that would definitely keep me coming back to see more.

Other apparently new events can involve finding wonders, which also look pretty nifty and — like much of the game’s fiction — are well fleshed out and show a flair for the fun and the creative. In my travels my scouts found both A Tree of Worlds and a Wormhole Pendulum, both of which conveyed nifty bonuses if one colonizes the planet which hold the wonders. Planets also have fun anomalies that I don’t recall from last time I played, such as microfactories or energy-producing volcanoes. If these were part of one of those free content updates they’ve been doing, than silly me for missing ’em, but still, it’s a nice addition to what was something of a flavorless colonization game.

Research seems a bit different this time around too. Whereas last time one could simply select whatever they wanted to research next at will, now you can only choose from among specific technologies which come next on the research trees. The research trees also appear to be a bit more varied this time around, at least for the Harmony, which has a differently shaped set of trees than I recall from the last time I played, as well as different technologies. Again, it’s been a while since I played so my memory is fuzzy, but these new additions — new to me at least — help make research a bit more focused an interesting, as one has to more intricately plan their research queue. Overall, I did like these additions to research, as research was something of a hodge podge last time I played.

So once I had spread out a bit and made some new colonies, I also met some new races. “YES,” I thought to myself, “FINALLY I can see this new AI in action.” According to the marketing, Disharmony has a new diplomatic subsystem called “Autonomous Multi Agent System”. This new system apparently handles diplomacy through a “cluster of cooperative agents” that appear to react to your actions in the game. The main difference I saw with this is that I’d constantly get messages as to how other races saw me diplomatically. One turn I’d be told my relationship with a race improved, while two turns later I’d be told it had degraded. The problem here is that the game never told me WHY my relationship with a race had changed, and there were times in which I would do NOTHING for a turn or two, and suddenly my relationship would degrade with United Empire. Why? No idea. Now I know this is a beta and all that, but I thought it was worth mentioning.

Sadly, at least for the Harmony, diplomacy seemed a bit limited. I couldn’t, for example, declare any kind of non-aggression pact with the United Empire, for example, which would’ve been nice because my relationship with them kept degrading. This was worrisome because they had a lot of ships just sitting in my systems. Other races did this too, they would just put their ships in my system and sit there. They weren’t invading, or blockading, just sitting. I couldn’t figure out why they’d do this except to wait for me to attack them, which is exactly what I did once one of these folks finally decided to declare war on me. I guess they didn’t like the colonies I’d made. Regardless, the war wasn’t a surprise, as my relationship with United Empire had been steadily degrading. What WAS surprising was that they declared war and then blockaded one of my systems, which showed a bit of prowess in the part of the AI.

I didn’t have much of a military at the outbreak of war, but I couldn’t sit aside and let my system be blockaded, so I gathered my ships into fleets (and why the game only allows five sips to a fleet is beyond me) and headed out. I was hoping that I’d find combat more compelling, but honestly, I didn’t. I didn’t get far enough in the game (due to limited time) to see the new fighters and bombers, but honestly, the problem here for me isn’t the varied toys to play with, but the combat system itself, and that doesn’t appear to have changed too much. Interestingly though, this time I found I did better with automated combat than with manual combat, whereas before I’d get slaughtered typically in automated combat before now, so maybe there has been some improvement behind the scenes.

Ultimately, I have to be honest here, playing Endless Space with the Dishonored expansion pack led to the exact same series of feelings I had when I played the original game. “Ohhh, this is pretty,” followed by “I like the streamlined interface,” followed by “Wait, this AI isn’t that great” to “Ugh, why am I playing this?” This leads me to believe that if you liked Endless Space, you’ll likely really like Disharmony, as it adds more stuff to the game like any good expansion pack should. If, however, you’re less enamored with the game, as I am, there might not be much here to sway you toward feeling more positive toward the game. Disharmony adds a lot of good content to the game, so if you’re a fan of Endless Space, this will likely be very worthwhile. For me, I’ll likely give it another try, but I’m not in a rush to revisit this universe. Whether this is a reflection upon the game or upon me, I’ll leave you to decide.

Now I know in previews we’re supposed to try to be positive because the game is unfinished and all that fun stuff, but here, I really couldn’t. My feelings toward the original game definitely colored my opinion here, but I’d be doing all of us a disservice if I wasn’t anything but totally honest about how I feel here. This isn’t a review, and I’m sure I’ll be revisiting this game in a spell after the expansion comes out tomorrow, but I’m honestly not excited about it. Endless Space, to me, as a single player game ends up being an exercise in futility, as the AI doesn’t provide much of a challenge, and Disharmony doesn’t appear to change that much based on my time with it. I hope I’m wrong, and that the final product rightly kicks my ass the next time I play it, but I’m not holding my breath. Again, if you’re a fan of the game, you’ll likely really dig this expansion, and I hope you do, because it’s clear a lot of work and care was put into it. Otherwise, stay tuned for my review of the final product where hopefully it’ll provide enough challenge

Thanks for reading my preview, and please enjoy the gallery of screenshots I took for the game below. :)

Why Do They Hate Me?!

The Harmony Are Pisssed at The Dust…

This Is Definitely a Bug…

As Always, The Writing is Catchy…

MAN That Was a Close One, Huh? 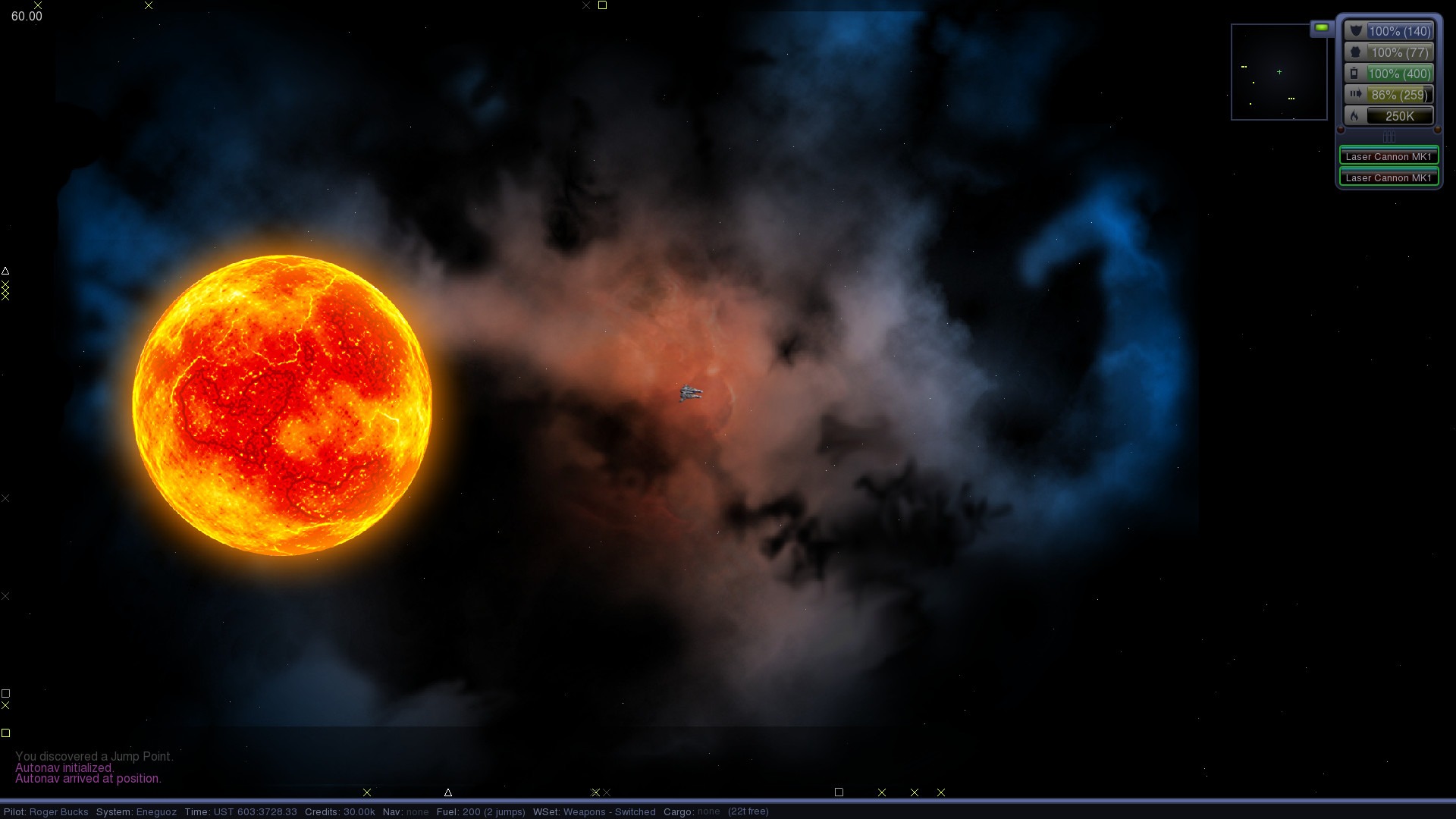 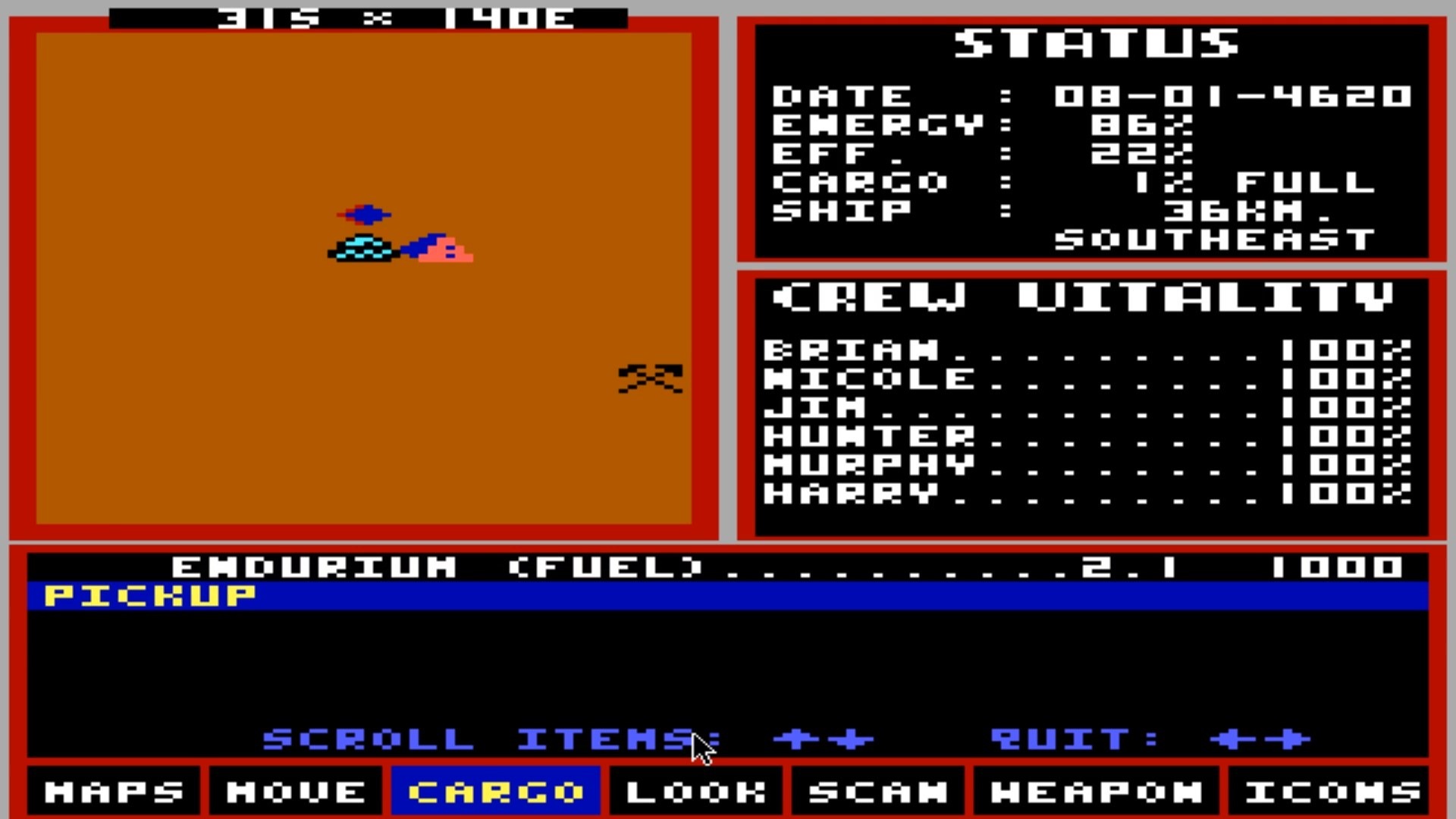 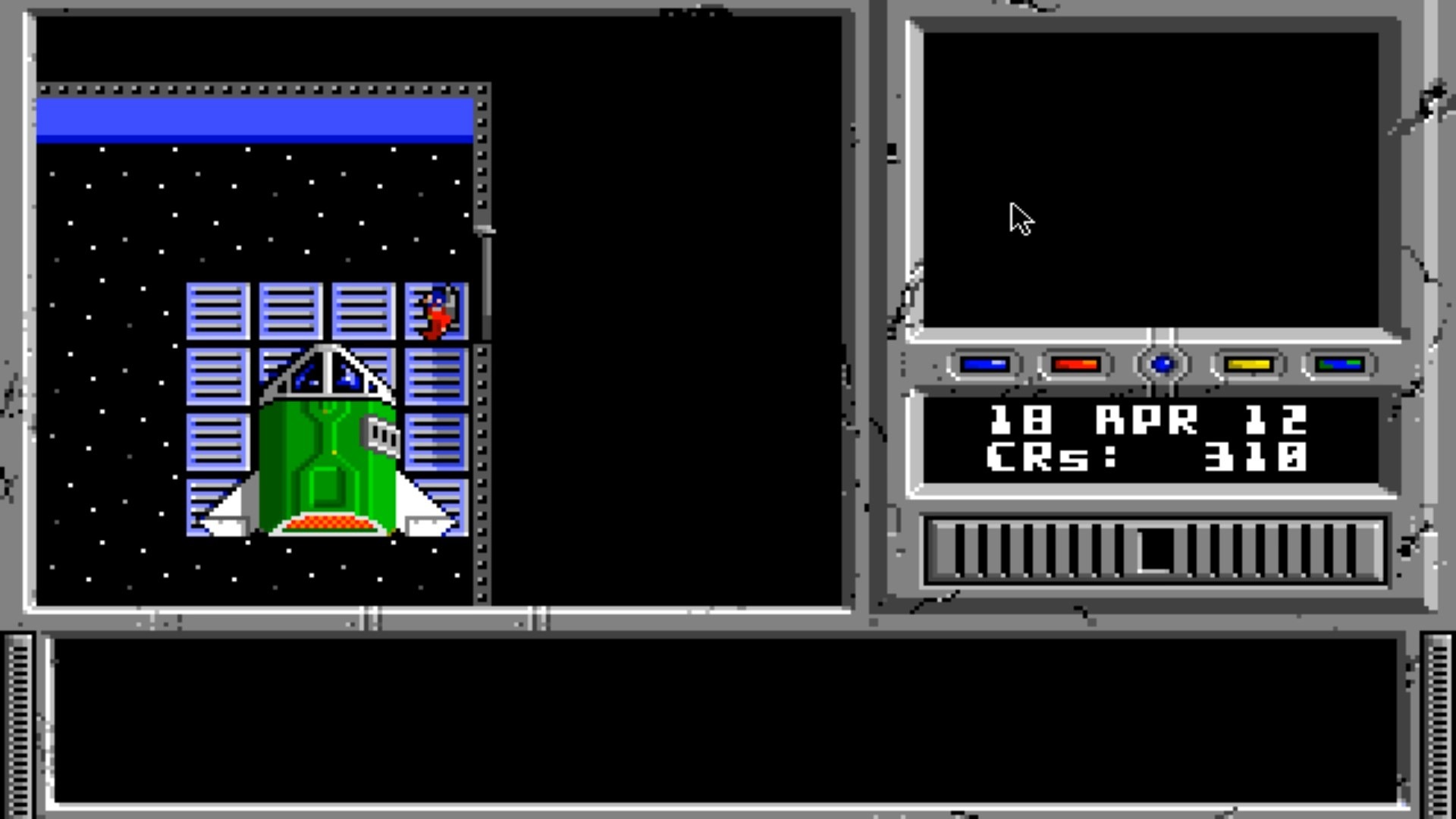 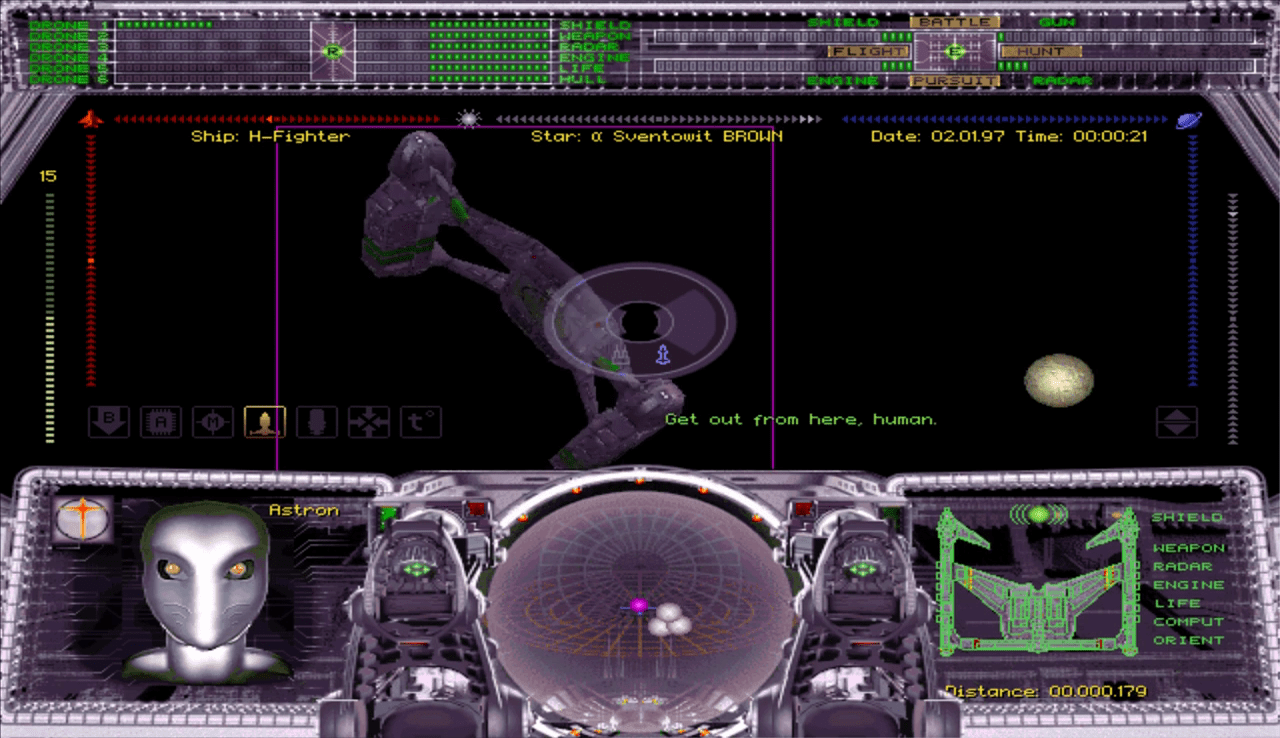