Welcome to this episode of the podcast, my friends! This week, Jim, Hunter, Spaz and I talked nostalgia, thanks to a topic idea from Hunter. Basically, we all went back to the year when we were twenty, which is as follows:

And talked about the games we thought of most when we think back to those specific years, and then tried to play them to see if they held up. It was a really fun trip down memory lane, where we visited some old friends and learned about some new games (at least I did). ;) As you can see from the lists below, we covered a LOT of games.

We also ran a contest wherein listeners wrote in and shared their story, and you can read the winning entry below! Next week on the show, we’ll be talking 4X games, especially the unique ones! :) If you have any questions or comments, hit us up below, email us at hail@spacegamejunkie.com or hit us up on the forums. Thanks for listening/watching!

My name is Erik, and I’m a 30-year old family man QA Tester, gamer, and aspiring game developer. When I saw a discussion open up about a game we’ve played from years ago (in my case, 10 years ago) to see if it was still alive and kicking today, I was quite pleased to dive in.

I haven’t approached games the same way my family and friends did. They played for the overarching narrative, like they were participants in some kind of movie book. And for sure, they played some great story-centric games. But I wanted something more from what I participated in. I wanted something that challenged the player’s strategy, exploration, and creativity. Gameplay has always been far more important to me.

I haven’t been a big shooter fan almost ever, but it didn’t stop me from diving into (and thoroughly enjoying) Metroid Prime 1 (MP1) and Metroid Prime 2 (MP2). One thing I don’t enjoy at all is motion controls, and I was quite weary when I heard Nintendo was moving this direction with Metroid Prime III: Corruption (MP3). Still, I was hopeful it would be alright.
And it was very good.

MP3 created a sense of immersion with the motion controls I’d not think I would have. Suddenly, the game world swallowed me whole. I became the Space Pirate Bounty Hunter. I was exploring vast worlds. It was like nothing I would have ever imagined.

And the story, while it had it’s fair share of tropes and strange dialogue exchanges, was actually good. I had spent hours enveloped in the lore of what was going on, learning about the Space Pirates’ experiments with Phazon, trying to create the perfect soldiers to conquer the galaxy.

All of this while exploring living worlds that demanded creative use of my abilities to overcome the many obstacles that lay before me.

I took great care in seeking out every single secret behind every single wall. In some cases it felt tedious, but in all cases it was rewarding. The game honored the intelligence of the player, giving subtle hints as to where new discoveries could be made without blatantly giving it away. In every case, the patient gamer came out ahead. And I’m a patient gamer.

When Metroid Prime Trilogy (MPT) game came out, it was an immediately must-buy for me because of how it would coat MP1 and MP2 with all the glorious motion controls and widescreen view that MP3 brought to the table. I picked it up early 2010 (I recall it being a hard find) and replayed through all three games.

And it was very good.

So now it’s 2018, it’s been at least 7 years since I played any of the Metroid Prime titles. So, I booted up the WiiU and popped in MPT once again to play through not just MP3, but all three games. And let me tell you: Even with the knowledge of all the secrets and nuances the games have to offer, this is a series that keeps on giving. MP3 changed the least, for sure. (MP2 seemed a bit more problematic when I replayed it, however…but I digress.)

Sure, those tedious segments of collecting certain Missile Expansions or Energy Tanks were still pretty tedious. And some of the enemies were still annoying, just like they were the first time. But in all cases, MP3 continued to be wonderfully rewarding.

The only thing that changed through my experiences was my desire to skip some of the cheesy cutscenes…but even still, I wanted to remember them. So I watched them again. Otherwise, MP3 clamps down hard on solid turf, standing it’s ground quite well.

Metroid Prime III: Corruption is a shooter motion control game that stands the test of time through and through. Even if you don’t like shooters, or motion controls. 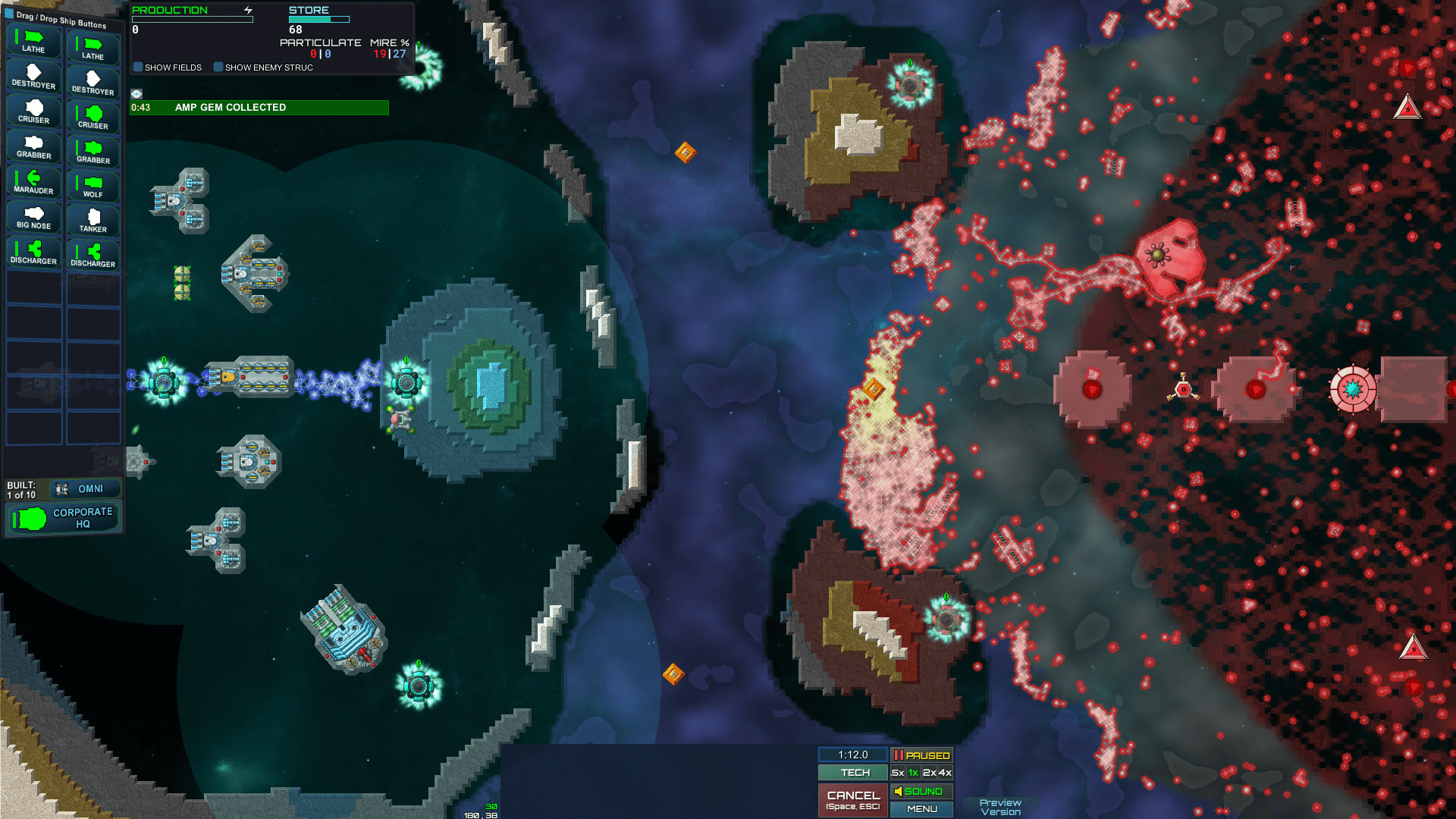 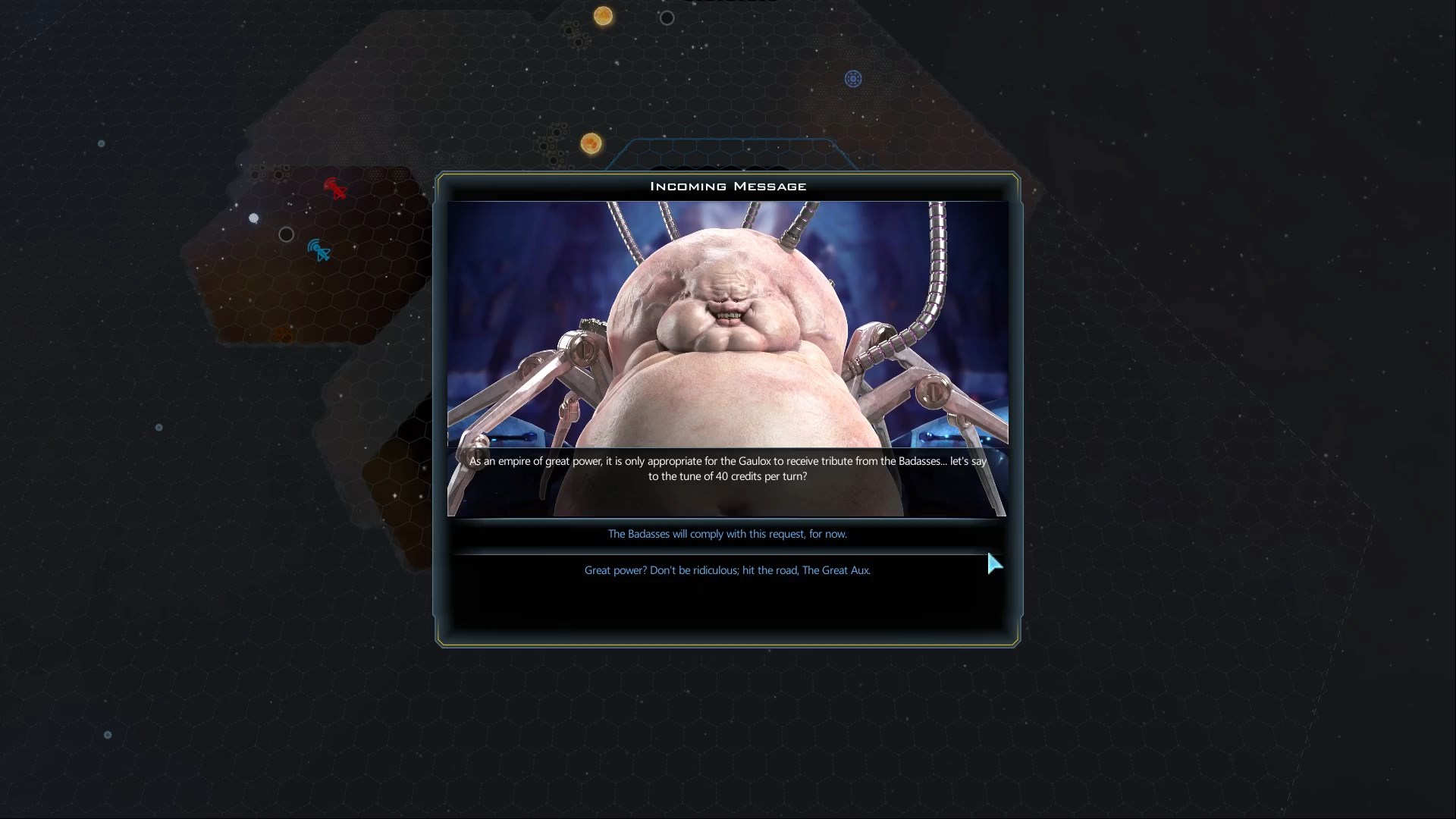 0 181
Galactic Civilizations III Preview – The Wrath of the Badasses