Home » Op-Ed » How and Why Starflight Still Affects Me Today (Warning: Massive Spoilers Inside)

I’ve been thinking a lot about Starflight of late, for a variety of reasons. The primary reason I think is because we’re approaching 2016, which is the game’s thirtieth birthday (and also reminds me that I was 13 when it came out, yeesh!). This got me to thinking that in thirty years, no game has really ever hit me as emotionally as the first Starflight game. There are a few reasons for why the game resonates with me still to this day, which I want to get into below because it’s fun to talk/write about. That said, I’m warning you now, if you have ANY interest in playing this game on your own (which is very easy to acquire via GOG), or for some other reason don’t wanna be spoiled for a thirty year old game, STOP READING NOW, GORRAMMIT. Now, with that out of the way, I can continue…

This one has a lot to do with being the first of its type I’d ever played, but I still remember the first time I opened the star map within the game and felt my jaw hit the floor. Unlike previous video games I’d played, wherein you fly over a planet or some nameless piece of space real-estate, here was pretty much an entire section of a galaxy at your fingertips. That this was accomplished on two low-density 5 1/4 inch floppies kind of makes this technical achievement even more impressive, I think. That said, VERY few other games have imparted to me the sense of awe that comes with exploring and discovering things in such a massive universe. The most recent game that comes close to scratching this itch is Distant Worlds with its massive living universes, but immense and detailed universes like these are few and far between, it seems.

Even in modern games like Elite: Dangerous, which model our galaxy to an amazing degree…it just doesn’t feel the same, for some reason. I think it’s because the universe in this game felt not only alive, but very well lived in. There was definitely a sense of history, of loss, of survival and of struggle to this universe that a lot of other games just don’t have the time or skill to impart. The races you encountered had detail, history, loves, hates, etc. The planets you landed on had ruins of long-dead civilizations. The starport had Craigslist-style connection postings. This was a universe where shit happened and was still happening, and it just made the universe feel that much more fleshed out, as well as amazingly satisfying to explore.

Your Ship and Crew

As someone who grew up on Star Trek reruns, the idea of having my own ship and my own crew, who I personally chose, trained and so on, was something that hit me haaaaaaard back in the day. I’d never even played an RPG before, but the RPG elements to Starflight are light enough and easy enough to grok that I had no problem getting on board with them. It made the game feel so much more personal, when you could hire crewmembers named after friends or loved ones, and watch them grow and evolve as they gained experience and more training.

This was also the first game in which having a spaceship felt like it had weight, meaning and purpose. Spaceships in games I’d played previously were just a means to an end, like a thing to blow up an asteroid or save a human and little else. Here, she was your RIDE man. You had to take care of her, keep her fueled and continually upgrade her. Thinking on it reminds me the First Rule of Flying from Serenity:

Love. You can learn all the math in the ‘Verse, but you take a boat in the air that you don’t love, she’ll shake you off just as sure as the turning of the worlds. Love keeps her in the air when she oughta fall down, tells you she’s hurtin’ ‘fore she keens. Makes her a home.

That’s how you felt about the ship in Starflight. She was your ride, your home, your solace along with your way to move around the universe, and it’s really what made me fall in love with spaceships in gaming.

The Big Plot Twist (AGAIN WITH THE SPOILER WARNING)

This is where it gets spoilery, but I’ll tell ya, in nearly forty years of playing video games, nothing has hit me as emotionally as this. In the game there’s a fuel you use called Endurium. Throughout the game your ship uses this fuel to get across the galaxy and ultimately save it from threats such as Uhlek (more on that in a second). Now while playing the game, you don’t really give much thought to this fuel, as it’s basically “future gas,” but all the while in logs and conversations, the “ancients” come up. Now, one of the main goals of the game is to destroy a “crystal planet.” This planet is causing stars to flare up and die out, and will ultimately pose the same threat to your home planet of Arth.

Now, in the course of the game, you can acquire one or two very important bombs, and these bombs can destroy entire planets. Ultimately you find this crystal planet, and land on it to find it littered with Endurium all over the place. You might think to yourself, “Hey, that’s odd, why is all this fuel everywhere?”

It’s only when you read a log from a long-dead captain, found in a ruin on the planet, that it hits you.

The “Ancients” that everyone’s been talking about? That’s the Endurium. YOU’VE BEEN KILLING ANCIENTS TO USE AS FUEL FOR THE ENTIRE GAME. And the kicker? Once you realize that, you’re not done with needing to use them as fuel, so from now on the weight of KNOWING YOU’RE KILLING SENTIENT BEINGS just builds and builds as you play. At least it did for me. I mean, FIRST, you have to use this crazy crystal bomb  thing to destroy what is essentially their HOME PLANET, so yay genocide and fuel shortage in one go! That helps save the universe, but THEN you also gotta worry about the Uhlek, who basically kill anyone in their path. You eventually find out the location of their big brain planet — yes, their home world is also their collective brain — and basically use the bomb on them as well. So while you’re committing MULTIPLE acts of genocide, you’re basically burning the Ancients as fuel in order to do it! GEEZUS.

The way this was told and executed was pitch perfect. It wasn’t a big cut-scene or some expositional dump. Nope, the biggest twist/revelation in this massive game was just a simple log entry found in a long-forgotten ruin, waiting to be discovered. TO THIS DAY, I’ll stress again, nothing has hit me as hard in any game. NOTHING. Just thinking about it NOW gets me all fahklempt. Not even kidding. I just…the feels…

If you wanna read even more about this, check out the CRPG Addict’s amazing entry on it.

So in 2016, I’ll likely be talking about a LOT. I’ll be doing Let’s Play series on both games, as well as the unofficial third game in the series, Protostar, as well as another long-forgotten game heavily influenced by Starflight called Iron Seed. I’m also planning at least one very special podcast about it (more on that later) and more. Starflight was the first PC game I ever played, and is also one of the primary reasons I love space games to this day. I owe a lot to it, and I feel on its thirtieth birthday, it’ll be time to give it the credit it’s due. Thanks for reading, my friends, and please, share your stories of Starflight below in the comments! 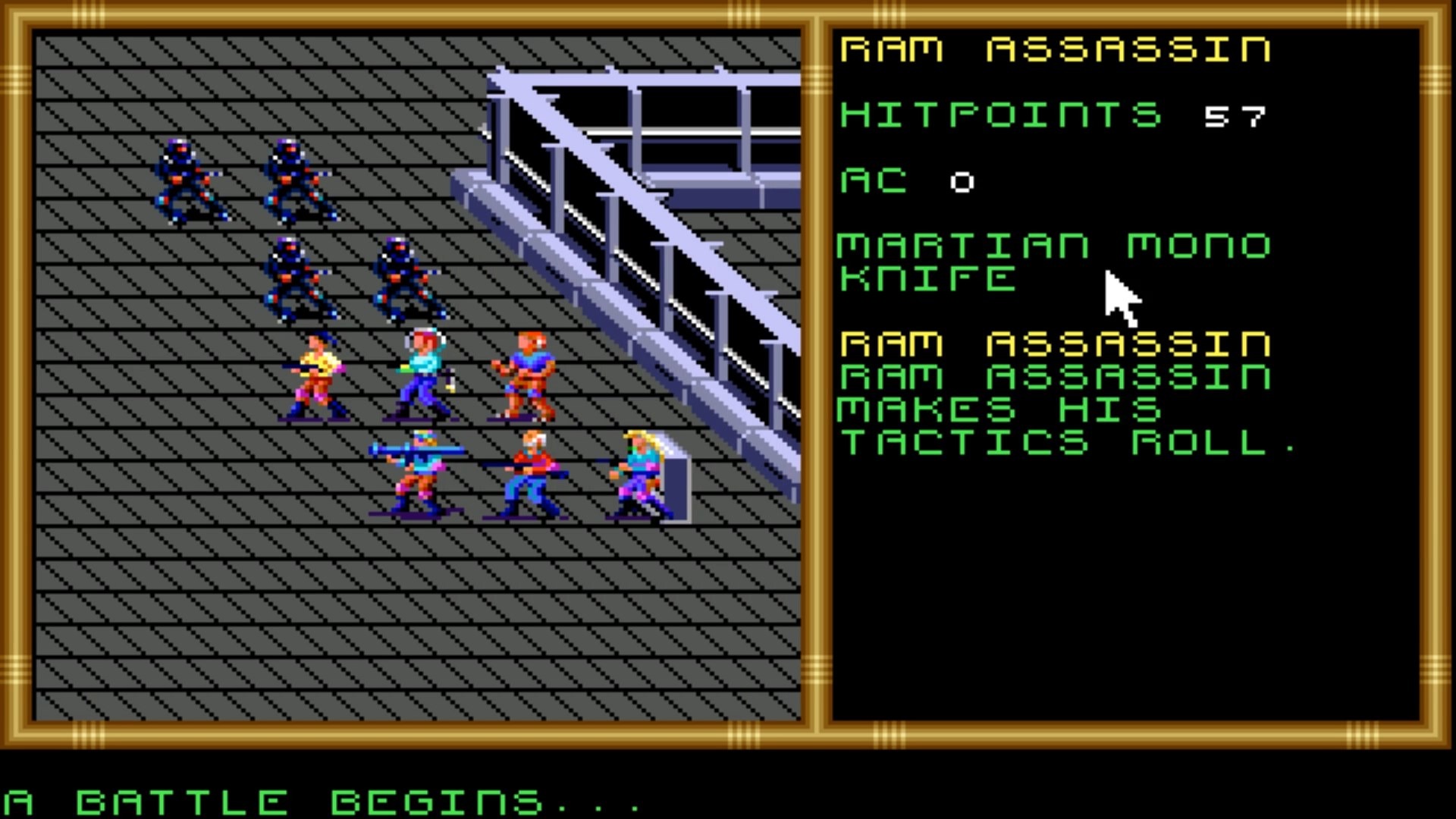 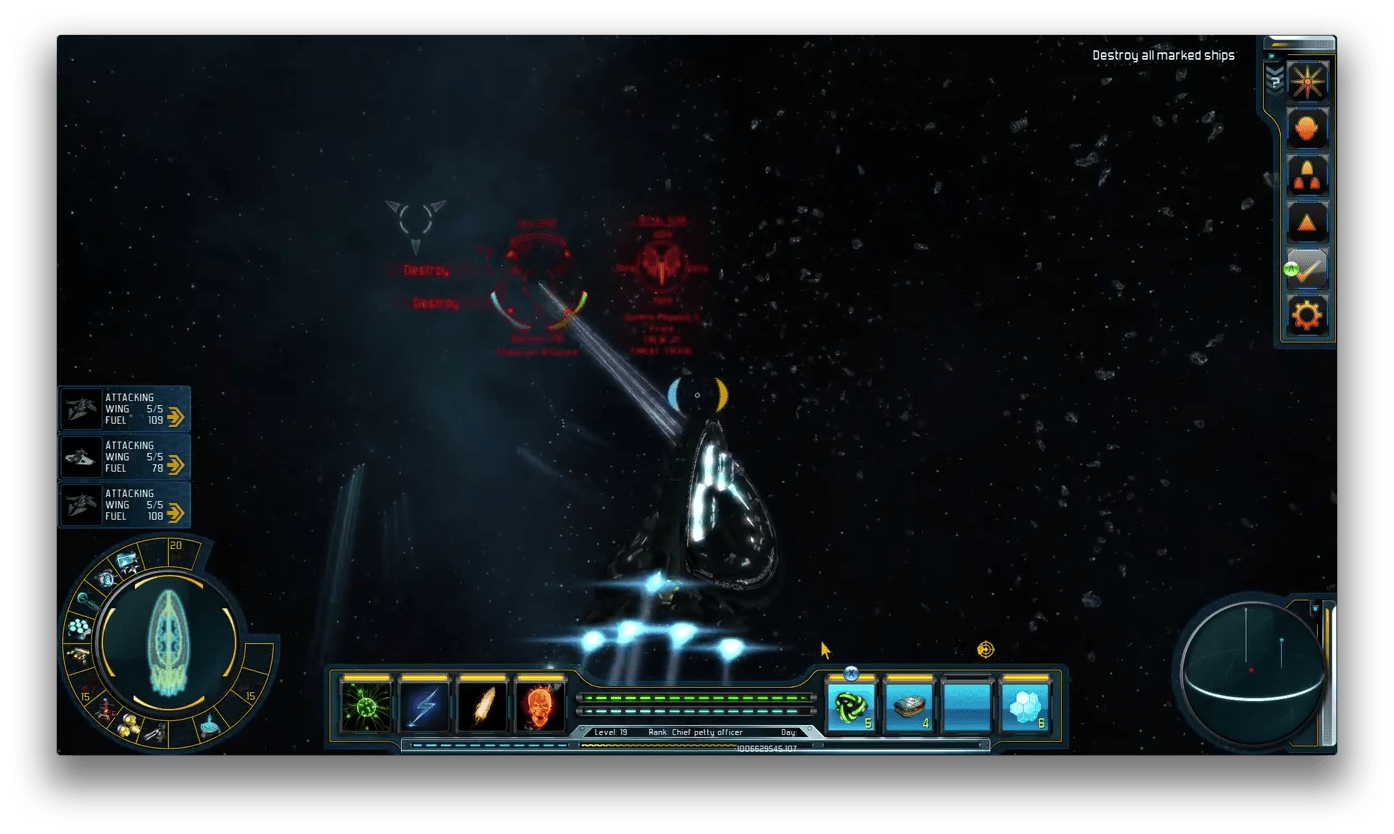 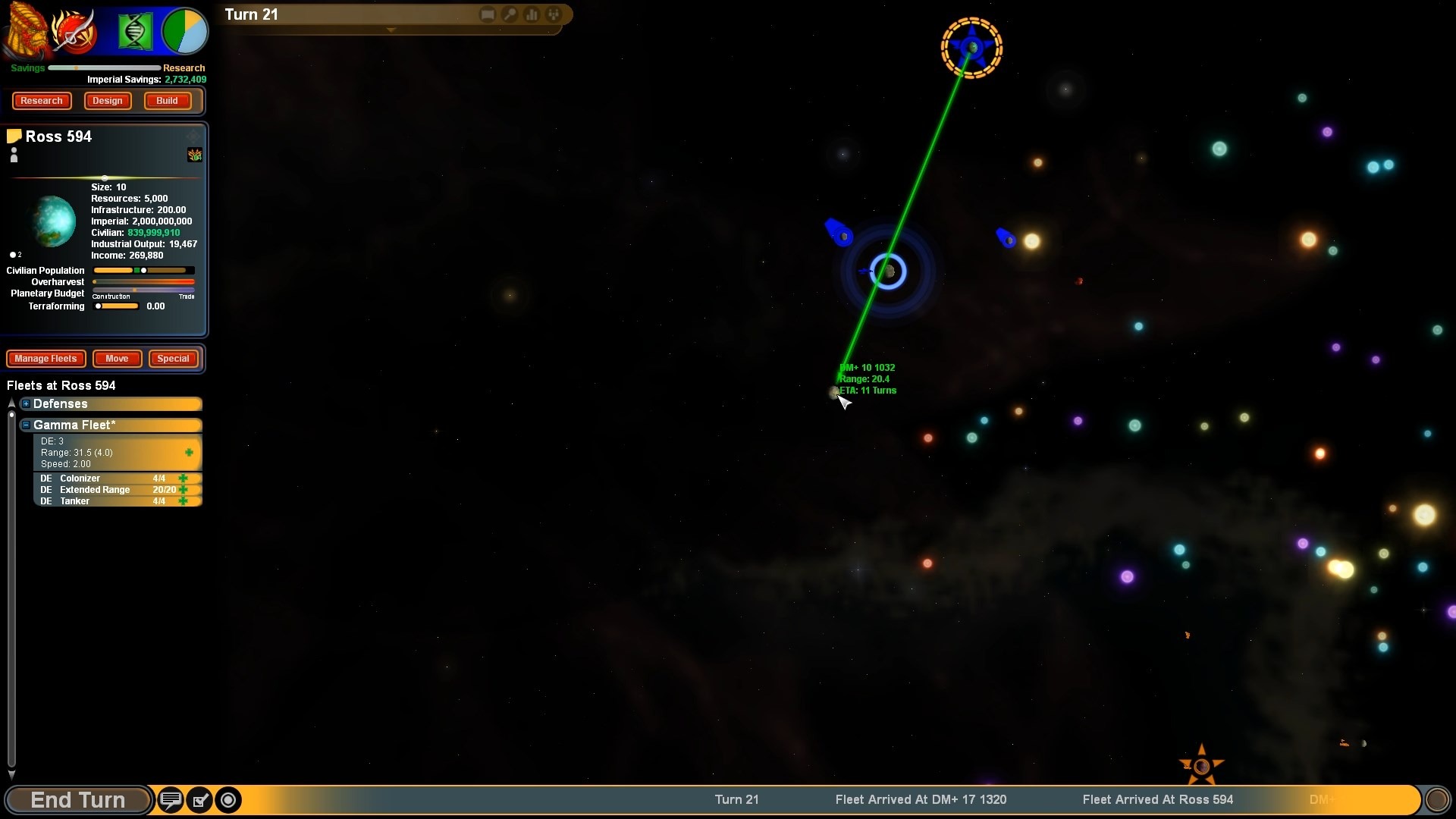 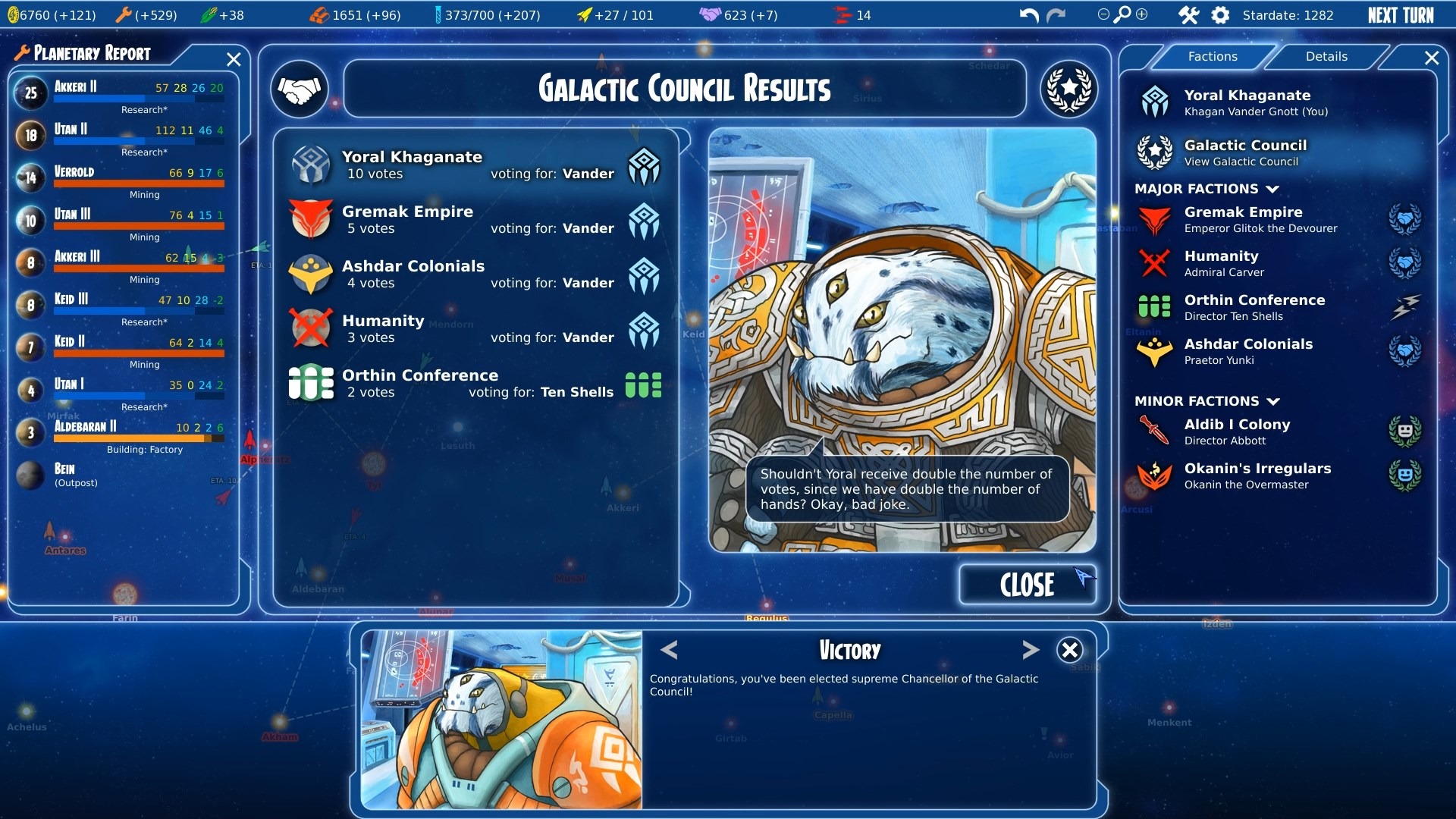 8 thoughts on “How and Why Starflight Still Affects Me Today (Warning: Massive Spoilers Inside)”