Home » Miscellaneous » Site Stuff: We’re on Evolve! Join Us for Some Multiplayer Fun!

Hey folks! I wanted to chime in because we’ve moved our non-Steamworks multiplayer over to Evolve! What is Evolve? It’s basically a service that allows users to play games over a virtual LAN, so everyone in the same “party” is on the same connection. While we were using GameRanger for games like X-Wing vs. TIE Fighter, we found that it and Alliance were the only games for which it consistently worked. I was kinda tired of that, so I decided to find an alternative! Evolve supports thousands of games, as anything with LAN support likely works on it. So far we’ve successfully tested it with:

So folks, I’m giddy, GIDDY that this works. This opens up the possibility to play TONS of games via multiplayer, and I’ve purchased a Party+ plan so we can have static IPs and such (thank you Patreon)! Therefore, I invite y’all to download and install Evolve, then friend me and join our group. Once we’re friends I can invite you to the party, if you’d like to join us. While Evolve does have its own voice chat and such, we’ll still use our Mumble server for that. Thanks guys, and I can’t wait to play a ton of games with y’all on this thing!

0 330
Off-Topic: What Non-Spacey Games Have You Been Playing Lately? 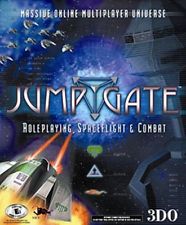