When X3: Albion Prelude was announced last week, I was as surprised as anyone. As far as I and nearly everyone else knew, the next X game was X: Rebirth, due out next year. Therefore, not only to have a new game announced, but to have its release be mere days away, came as a shock.

When I came out of that shock, I contacted the PR folks covering X3: Albion Prelude and asked for more info. I was put in touch with EgoSoft’s Bernd Lehahn, who was nice and gracious enough to answer some questions, the answers to which you’ll find below. Enjoy!

Brian: This game has pretty much surprised everyone, as it seemed to come out of nowhere. When did development start, and where did the idea or inspiration for the game come from?

Bernd Lehahn: Its hard to put a date on where development started exactly, because some of the work came from external modders who already worked on their projects for years. Internally here it was a pretty fast development that started recently when we were working on the plot of X: Rebirth. There were a lot of ideas for things that we could still do with the “old” engine, but the spark to get this going was the idea to explain some of the story developments that lead to the massively changed universe in X: Rebirth.

Brian: X3: Albion Prelude is described as playing “in a time between the old and the new X Universe.” How does this game prepare players for the changes they’ll find in X Rebirth?

Bernd Lehahn: Mostly there are two story lines for that: One is how the conflict between the terran military and the X universe species over their different attitude towards the use of AGI, grew into a full scale war. This was also a big part of the fiction of two of the later books written in the X series (Unfortunately the newer books are currently only available in German, but Farnhams Legend can still be ordered in English from our webshop).

The second development is the technological breakthrough that lead to the development of the highway system. One corporation already had part of the key technology for this in the X3: Terran Conflict timespan. Building the highways and thereby allowing ships to quickly travel through a much larger area of space without wasting a lot of energy or time, could lead to a much larger and more active economy. Those parts of the economy that were still dependent on supply from planets, could now be moved into space in a more energy efficient way.

Brian: What can you tell us about the power struggle between corporations and the player’s role in this struggle? How much weight will the player’s actions have in the events that occur between these corporations?

Bernd Lehahn: Out of both of these story developments grows a third factor: Corporations become more powerful and struggle for influence and control over that larger economy. In X: Rebirth corporations have partially taken over the role of the races in the X3 games. There the player will also have a notoriety system towards these factions.

Brian: I’m going to admit here that I’ve never gotten very far in many of the X games because I found them to be a bit…abstruse (Note: I originally said obtuse), both in their interface and their gameplay. How is the interface being improved in this regard to streamline the game as a whole and make it more accessible or appealing to either new players or jaded returning players like me, and if so, what? ;)

Bernd Lehahn: Without looking up the word obtuse in the dictionary, I guess I know what you mean. Yes the X games of the “old series” have grown more complicated over the years. Part of the reason for this is that these games were built on top of each other. Even though the technology has changed a few times, the game design was the same since X: Beyond the Frontier and just grew “bigger”. More freedom, more possibilities, more of everything.

Unfortunately this has a downside. It was increasingly harder to get into these games for beginners. All of this is the main reason why we developed X: Rebirth and why it is such a radical re-design. I will not make any false promise here: X3: Albion Prelude is still a game of this “old” X series. It is based on X3: Terran Conflict and will not reinvent the user interface. So it may not be the best game for a person like you to get into the series. That will be X: Rebirth.

Brian: If I’m recalling correctly, the stock exchange feature is a new feature of the X games. How is this implemented into the gameplay, and can it be understood and used by someone who has no experience using the stock market, like me? ;)

Bernd Lehahn: The bottomline is really simple. You buy stock and you try to sell it at a higher price. See? Simple :)

You can look at it that simple and then it is like a huge gamble, just like in real life. OR you can choose to investigate it more in-depth. Then you may find out some of the rules. Why is a corporation growing or shrinking? What are they trading? How can you actively influence these things in the game?

Like with many things in the X games, it’s the freedom to choose what you like to do that they all have in common. X games have so many features that you can ignore many of them and still have a LOT to play with :)

Brian: There are thirty new ships and stations advertised in X3: Albion Prelude. What can you tell us about them, and which of either the new ships or the new stations is your favorite?

Bernd Lehahn: This answer now comes from Markus who is in charge of adding and balancing these ships:

The new ships are from different classes and for different purposes. From small new fighter ships to huge battle cruisers, everyone should find something new and exciting to use. My favorites are the new race-specific equipment docks though. These replace the old equipment docks and add to the diversity of the races.

Brian: Does X3: Albion Prelude use the same graphical engine as X3: Terran Conflict? If so, what has been done to the engine to improve it visually? If not, what engine does it use?

Bernd Lehahn: Yes it does use the same graphic engine as X3: Terran Conflict and also shares a lot of graphic assets with that game. When X3: Terran Conflict came out first, the engine and assets were very “cutting edge”. The result was that many customers had to reduce the graphical quality to lower settings or suffered from performance problems.

Now a few years later, the hardware got a lot faster, and so this allowed us to change the engine so that it shows even more details. We could change the LOD rules and environment optimizations and add an option for users who have high end graphic cards and CPUs.

Brian: Highways will be a major feature in X: Rebirth, as your website says, but in X3: Albion Prelude, they’re just being built. What are the significance of highways in either game, and how will they affect the gameplay?

Well in X: Rebirth the whole universe structure is very different because of the highways. They allow the player to move a lot faster, find more things and travel in a more “fun” way. Yet there is also more “empty space” to explore far away from the highways. So yes, highways play a very important role in that new game.

In X3: Albion Prelude the Highway construction plays a role in the story mostly. We show the Albion system and the JSDD corporation has already built accelerator gates to help them in constructing these highways. So what will later be a huge super-sector can now already be seen as a collection of multiple sectors.

Brian: Finally, what do you think is the most exciting thing about X3: Albion Prelude that will entice X fans and new players alike?

Bernd Lehahn: For me its the war scenario.

This is the first time we are able to create battles of a scale that spans many sectors. Hundreds of ships fight in a seemingly never ending war and battles reach back and forth in this area of the X universe. It is always exciting to see which consequences things like that have for the rest of the game.

Brian here, and I know I’m excited about the upcoming release of X3: Albion Conflict, since my six-hour minimum for this blog fill force me to give it a thorough try, something I’ve really not allowed myself to do before with the X games. Keep an eye out for my coverage of the game in the next few weeks, thanks for reading, and a big thanks to Bernd for taking the time to do this Q&A! :) 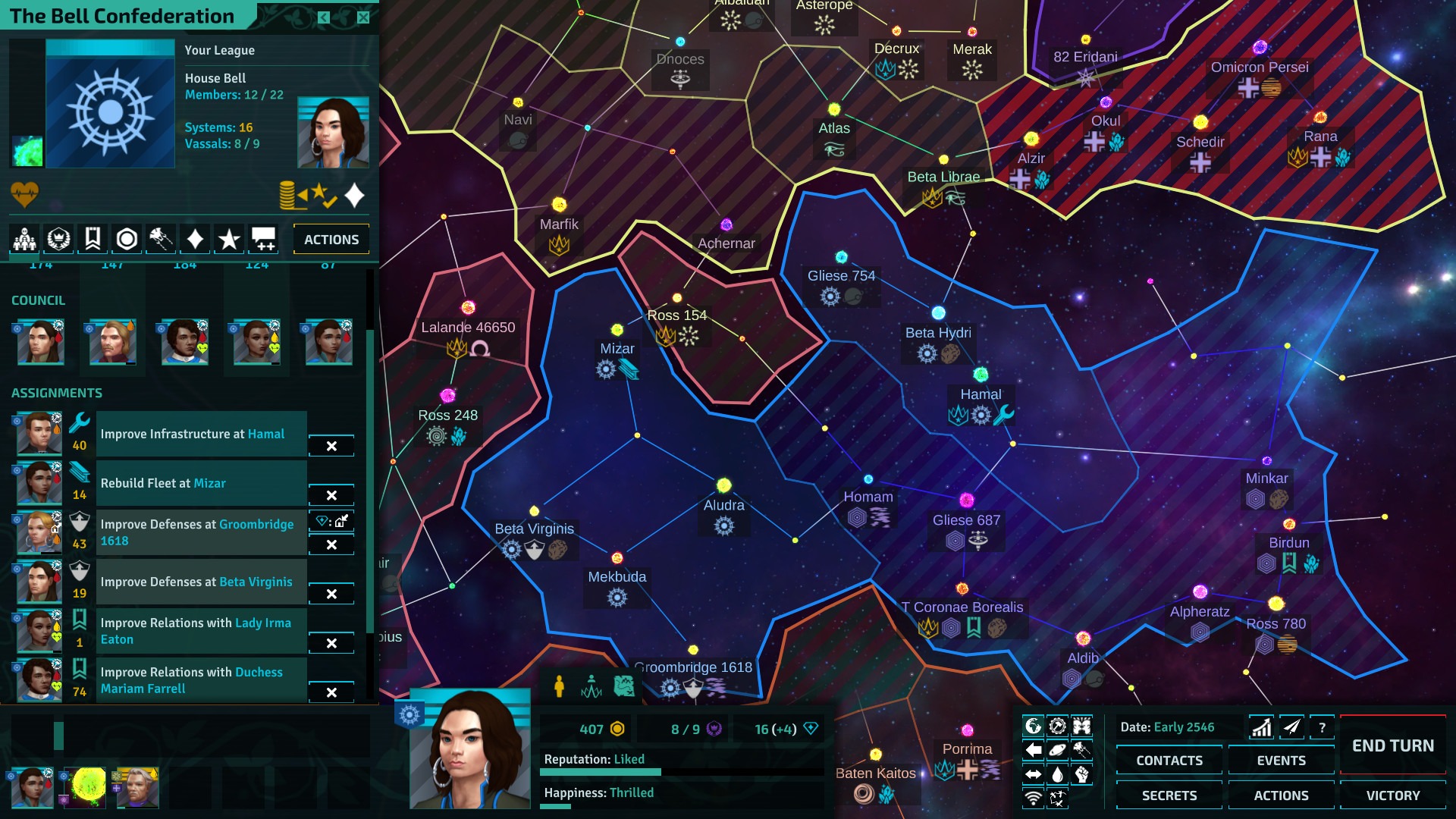 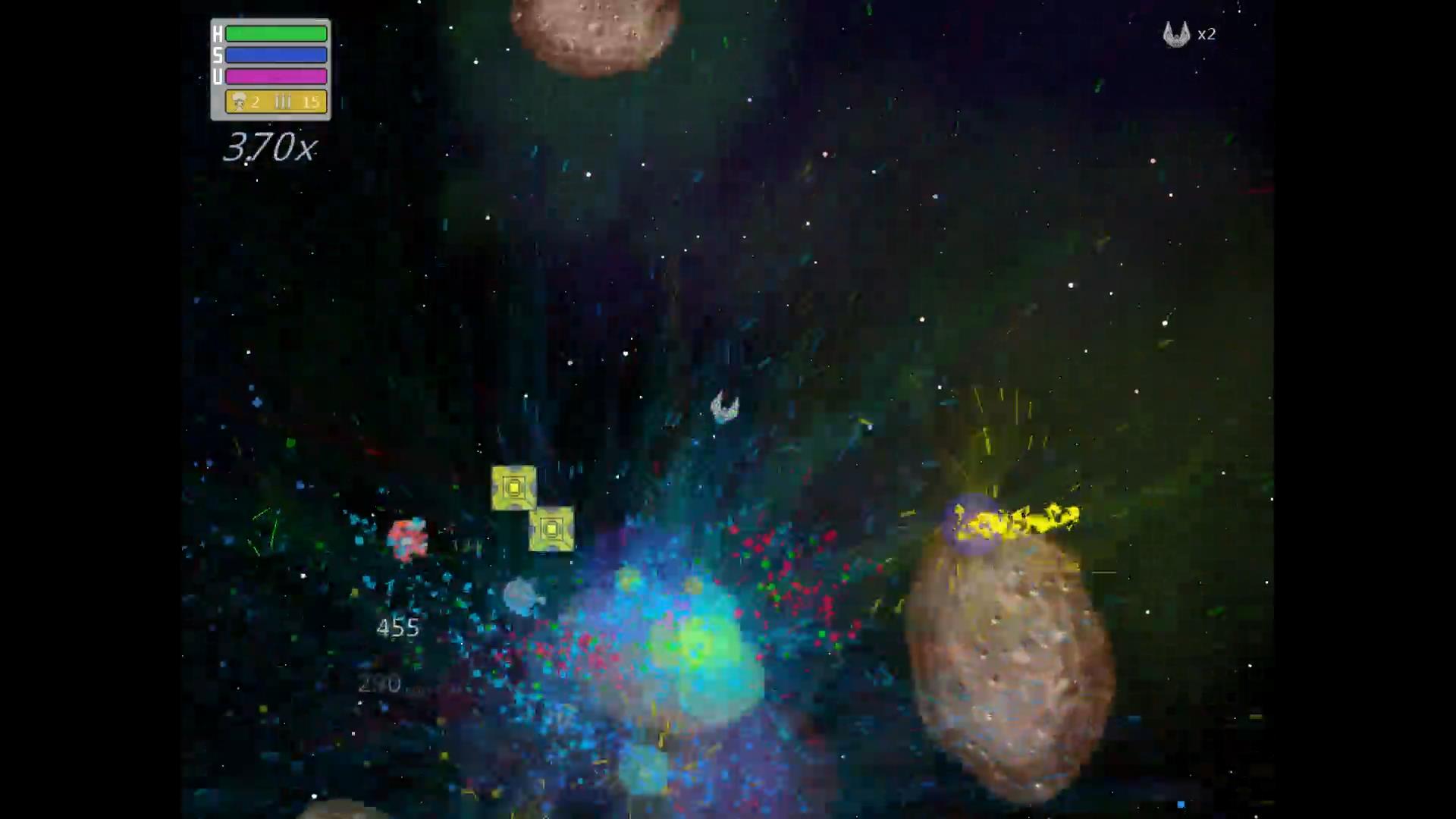