This week’s game was 2006’s Nexus: The Jupiter Incident, and the timing couldn’t be better (and honestly I did NOT plan it this way). Hot on the heels of a massive new patch provided by the new owners of the IP, Nordic Games, this newly updated version now natively supports HD resolutions, has fixed multiplayer and much more. This makes the game MUCH easier to run than the last time I tried, in which all kinds of wacky stuff needed to be done to get it even into widescreen. The last time I played it, I didn’t get far because it’s tooooooough, but this time I persevered, and damn if it wasn’t worth it. Check out my thoughts below, and thanks for reading.

Yes and no. The interface is pretty damned sweet, but the gameplay itself isn’t fully explained in the game or the manual, I feel. There is something of a tutorial going on, but it seems to skip stuff (or I missed it), meaning I was ill prepared for certain situations. The real shame here is the manual. It’s decent, but this game came out in a time when PC games came in DVD case-sized boxes, so manuals had to be trim. It’s sad because this game deserves a MUCH beefier manual, like Rules of Engagement-style beefy. Make no mistake, while the game has a pretty streamlined interface and excellent AI, it’s not the easiest thing in the world to just dive into. If you’re like me, you will fail, more than once, but it’ll be a learning experience to get you to the good stuff.

I actually loved, LOVED the interface. Knowing my crew would take care of the minutae of maneuvering and I could give fairly general or specific orders made managing the game a breeze. I really loved how simple it was to, say, focus an attack on one ship’s engines while telling another ship to basically destroy the hull, then ordering your fighters protect a valuable target with just a few clicks. Between the streamlined interface and the active pause, it really helped me feel like something of a space admiral, which I loved a LOT.

This game does NOT mess around, no sir ree Bob it doesn’t. I failed on the third mission. Games made these days, I feel, go way easier on the player than Nexus does. If you make a mistake that will cost you a ship later, it doesn’t warn you, it just lets it happen. Despite this, I found the game a blast to play. The challenges it presents are fun and varied, the story is very intriguing, and the tactical nuance needed to play and enjoy the game is unlike many other space games you’ll play. This is a VERY challenging game, and it’s not nice to the player at ALL if they make a mistake, but it’s worth the failures.

Honestly, not really. This is a very well-polished and constructed game technically, story-wise, gameplay-wise and so on. I really couldn’t find anything that struck me as wrong or flawed with the game.

Amazing, just amazing. This game is a decade old now, and it looks better than a lot of space games that are coming out today. I don’t know the details of the engine they used, but it’s a marvel of sight and sound. The graphics are just detailed, delightful and marvelous to behold, but the sound…oh god the sound. Directional all the way, thunderous, bombastic and perfect. Hearing explosions change direction as you move the camera around, for example, was simply joyous. It’s just an amazing technical splendor they’ve constructed here. I can’t get over how just GOOD it looks and sounds. Sure there’s technically no sound in space, but this game doesn’t care. ;)

Actually yes I am. Now that I feel a bit more comfortable with it, and have a proper expectation that I’m gonna fail a bunch, I feel a lot better about striving to tackle this game. I also can’t wait to see what happens in the story, because it’s a really good, solid story! I like the characters, the world-building and so on, and I can’t wait to spend more time in this universe.

Favorite, honestly, was the sound design. I can’t get enough of how good this game sounds in my headphones. I don’t really have a least favorite part.

If you have ANY interest at all in tactical capital ship combat, then yes, WHOLEHEARTEDLY YES. Even at its full price of $10, it’s a steal. Just go in with the expectation that this game will smack you down, and it won’t hold your hand, so you will fail. Once you accept that, however, you should be alright.

This game surprised me. The last time I played it, which was a long time ago, I wasn’t prepared for how bad I’d lose, and how frustrated I’d get, so after only a few missions, I shelved it, lacking the patience to continue. This time, however, with a better mindset, I found the game just delightful. The graphics, the sound, the gameplay, the story are all, so far, top notch. I’m told it eventually gets too hard later in the campaign, and most folks give up at a certain point, but I’ll find out that for myself in time. HOW DOES THIS NOT HAVE A SEQUEL?! The fact that the Kickstarter for its sequel failed still wounds me years later, honestly, because even though I’d not played much of this game when it came out, the love and dedication the developers had for it was fully evident. Let’s hope that, with a new IP holder, a sequel might yet someday happen, because this game deserves it. Thank you for reading!

OMG WHO THE HELL ARE YOU? 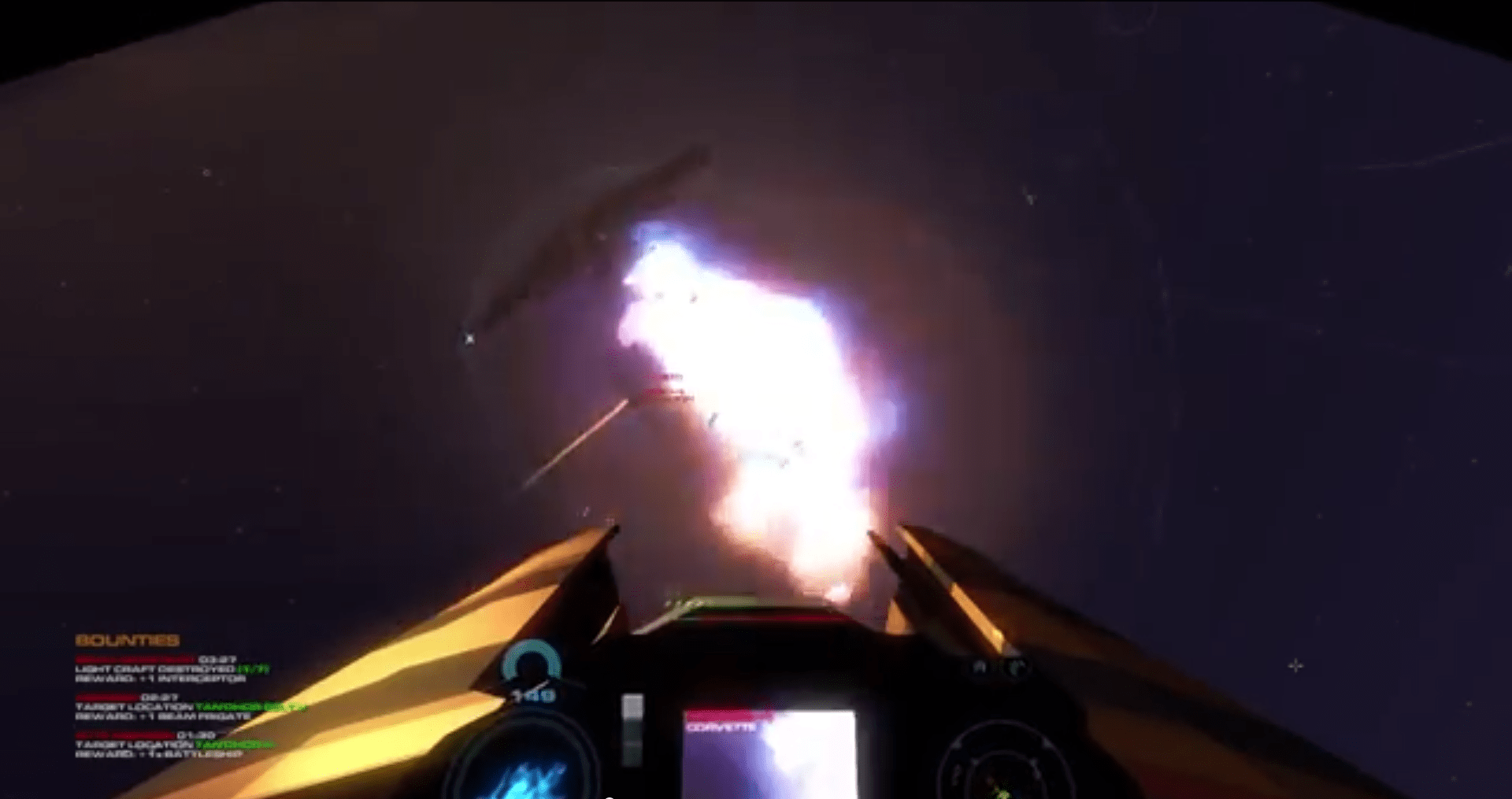 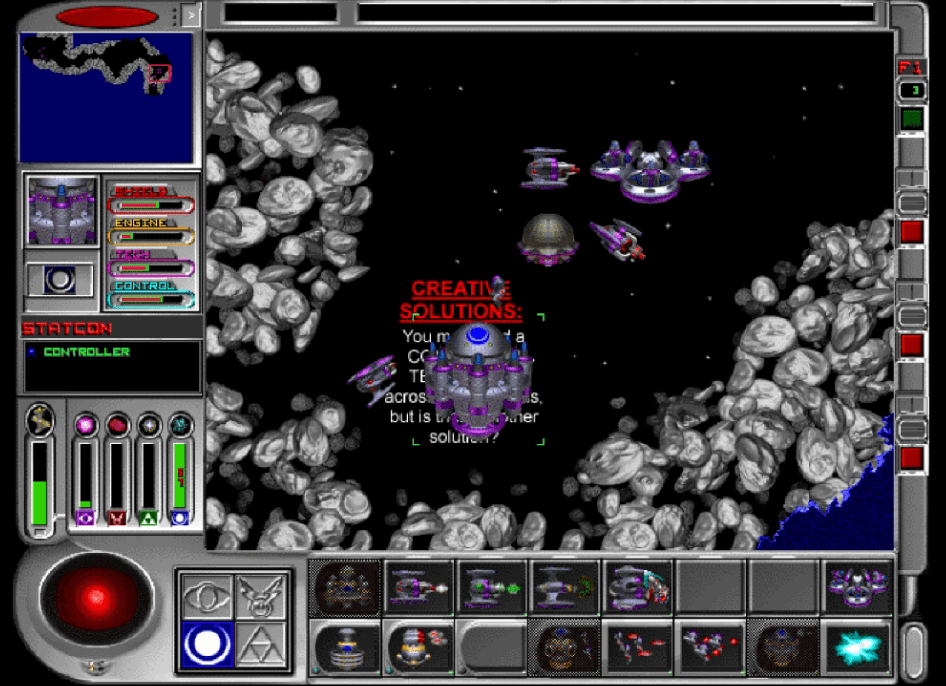 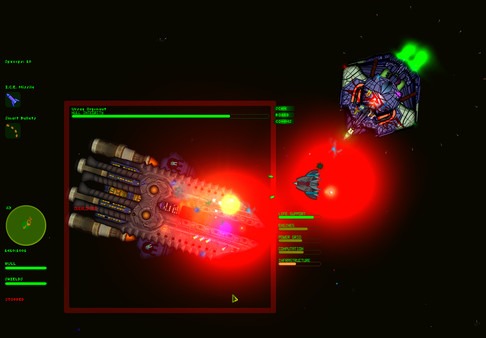