So to prepare for my upcoming series of diaries covering Distant Worlds – Legends, I’ve been reading the manual in what little free time I’ve had lately, something every good gamer should do (especially with a game like this). It’s actually a damned fine manual, all told, but a passage early in the manual caught my eye:

There are, however, several available alternative modes of playing Distant Worlds, during which the player is advised to automate all activity. These include playing as a ship captain; as a fleet admiral; locking on a ship and supervising it; playing as a bounty hunter in search of pirates; automating everything except espionage and playing as a “spy master;” or building a secret construction project. For more information on these alternative modes of game play, consult the Galactopedia. There are many ways of conquering the universe!

I’m halfway through the manual, but my mind keeps returning to this passage. Therefore, I’ve decided to try something a bit different. I’m going to play this game starting as a starship captain, and work up the ranks to admiral, then emperor. I might not last six hours that way, but hell, if not, I’ll start a new game and play it as a the real-time 4X game that it is. We’ll see how it works out! Stay tuned! 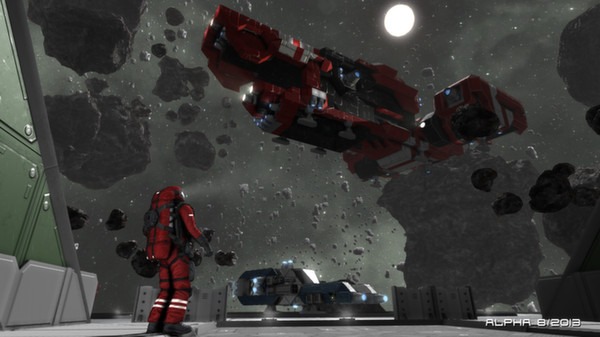 0 313
Miscellany: We Have an Official Space Engineer Server!