If you recall from our last adventure, Captain Rubin had to scuttle his frigate, Ishinomaki 001, after it got jumped by an evil, evil sand slug. That. Bastard. After a long and strenuous journey back in their escape pods, Captain Rubin must face the consequences of what happens next! Read on to see where fate, guile and tenacity take our plucky hero and his crew!

Upon returning to Urlas, I was — instead of being confined to quarters as was the tradition in these types of cases — given desk duty while a tribunal committee reviewed my logs and my conduct. This, thanks to the political pull of my father, kept me busy while my crew recovered and spoke to the committee about the incident that led to the loss of our ship. During that time in-between appearing before the committee, I was tasked with finding more planets to either colonize or exploit for resources, an important yet exceedingly dull task.

The best thing I did while on this dull duty was establish a new mining station on Xubbahn 4. Eventually, the committee reached its verdict, and absolved me of all blame for the loss of my ship, also praising me for saving all of my crew in such dire circumstances. Eager to return to a command right away, I was given the only vessel available to someone of my seniority, the destroyer Ikejiri 001. While I was saddened by given a smaller ship than my beloved frigate, I vowed to make the best of it, assembling my crew for yet another sortie out in the black.

After a shakedown cruise patrolling Urlas and the surrounding area, we were once again given free rein to keep the spacelanes free for trade and safe travel from pirates and anyone else who might be stupid enough to become an enemy of the Empire! Eventually, after receiving a distress call from the Thacwall 1 Gas Mining Station, we raced to her aid, only to watch on the tactical display as the station was lost, with all hands, as we raced to her aid.

Our ship arrived just a bit too late, but while we were unable to save our comrades on the station, we WERE able to begin an attack Discarded Death, the ship who destroyed the mining station. We got several good hits in, but like the cowards they truly are, the pirates rabbited before they could truly feel our teeth. We felt angered by the denial of our vengeance, but soldiered on to patrol other nearby stations, during which time we received an odd alien message about “dark ones”, which we forwarded onto our superiors. Eventually, in the midst of racing toward numerous stations being attacked by pirates, we were ordered to base to refit. Luckily our fleetmates were picking up the slack, and the cruiser Otaru was able to face the Raging Horizon as it attacked a nearby base.

Once back at base, I was given new orders. My crew and I were to transfer to the Ikejiri 002 and have it be the flagship for a tiny fleet of two destroyers, which would include the Ikejiri 001. I was told it was a reward for my “aggressive stance against piracy”. In that vein, the fleet headed to the first station that needed aid, which was in the Nemban system. Facing the pirate vessel Grand Shield, we destroyed her in short order. The destruction of the pirate ship was felt keenly all around, and emboldened us to fend off even more attacks on our stations.

Our crew had more adventures, but due to a glitch in the logging system, we lost some records of them (i.e. the game crashed. I blame Hypersnap). Eventually, for my continued efforts to free us from the scourge of piracy and because of my increasing seniority, my crew and I were given the cruiser Shikoku. She was indeed a beautiful ship, both graceful in her looks and punishing in her demeanor. She was low on fuel when we assumed command, so while en-route to refuel the ship, I got caught up on the latest Imperial happenings in the handy Messages screen.

After refueling, we patrolled a wider area, and for some reason, things were relatively quiet. Pirate attacks barely occurred, which I suggested in a log to my superiors meant they were merely regrouping, and we should strike now while they were at their weakest. Because of my bold suggestion, Admiral J’Inktyl contacted me directly, and commanded me to assemble a fleet which would go on the offensive against the pirates. The first target? The Xubbahn Buccaneers. I was also being promoted to the rank of Commodore, in line with commanding a small fleet as well as my seniority. I was thrilled beyond measure.

I was able to choose a mixed fleet of destroyers, frigates and a carrier, in order to deal with whatever might be thrown at us. We set course for the Xanath system and the base of the Xubbahn Buccaneers, also known as Gamblers Haven. The enemy assuredly weren’t prepared for our armada, and the base — as well as several stragglers — were mopped up in short order, except for those who were lucky enough to escape our wrath.

Destroying the base gained us new intel on a new ship that our empire could plunder, so why our superiors took care of that, we set our sights on our next pirate target, the Murderous Ravengers in the Roan system. Arriving in-system, we headed straight for their base, known as Fugitive’s Hideaway. We weren’t sure if they had gotten a warning from the  Buccaneers, but the Ravengers seemed a bit more prepared this time, leading to a furious and pitched battle. Eventually the fleet held their own, and the battle was won.

Besides those fortunate few who escaped, we ravaged the Ravengers, leaving very few of them behind and giving our stations a small sigh of relief, as the universe was now a bit safer. I ordered the fleet to return to return and refuel to the nearest station, which happened to be Yirphunea 3. On the return journey, we got word that the ship we discovered intel on earlier had been recovered, and at least from an aesthetic standpoint, she was a real beauty.

I put in an immediate request to tour this new cruiser, dubbed the Tenacious Executioner, at the first opportunity, while my crew got some much-needed R&R. On my way to inspect the new cruiser, I set the fleet’s sights on its next target, the Kuwok Pillagers. If I had my druthers, I’d eradicate piracy from the galaxy entirely, and I must say, we’re off to a glorious start.

As you can see, this play session wasn’t without some technical difficulties. I was using the latest beta patch with the game  (1.7.0.12), but still had crashes from both the game and Hypersnap. Besides those glitches, the game ran smoothly, and somehow it was in this session that I first really paid attention to the music, which I REALLY like. Overall, this was a VERY fun session, and I’m having a GREAT time having my character rise through the ranks, as it were. We’ll see what happens during our next session…will the Commodore see more glory, or will he finally be tinged with some more failure. Will he move beyond ship command to more high-level command roles such as fleet movements or ship construction? Stay tuned!!!

As always, thank you for reading, and please enjoy all of the screenshots I took for this session in the gallery below. 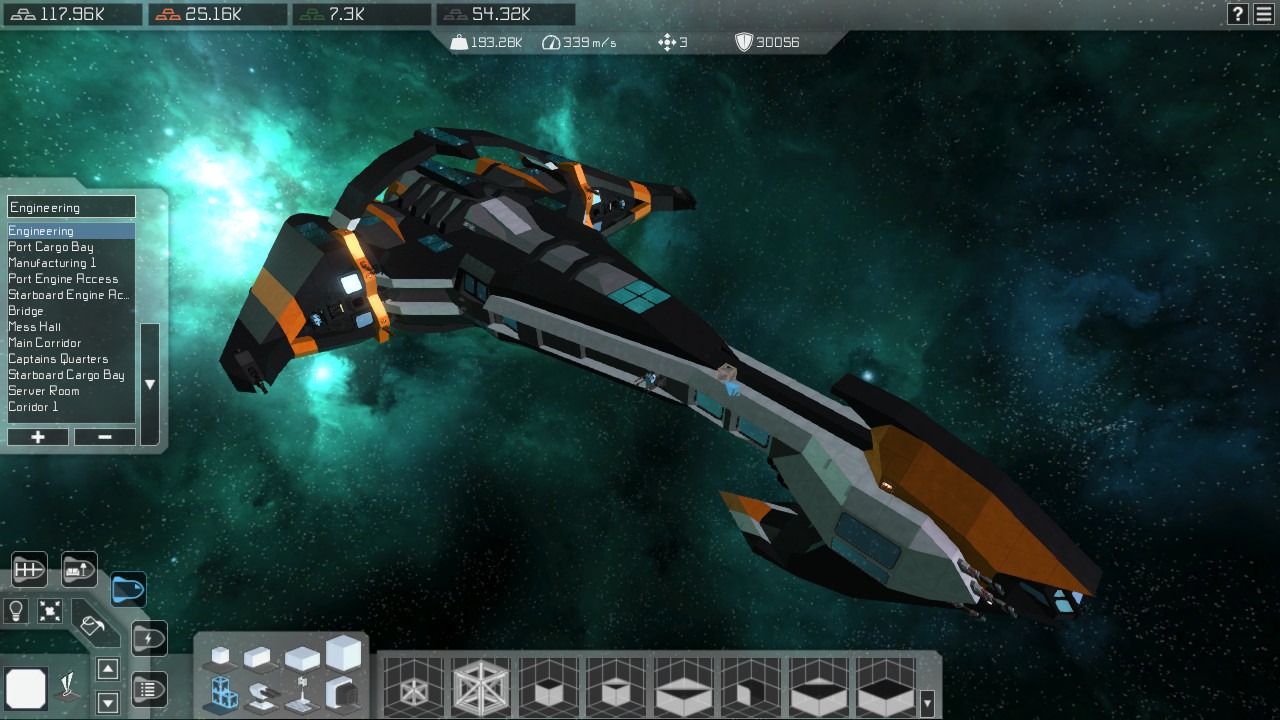 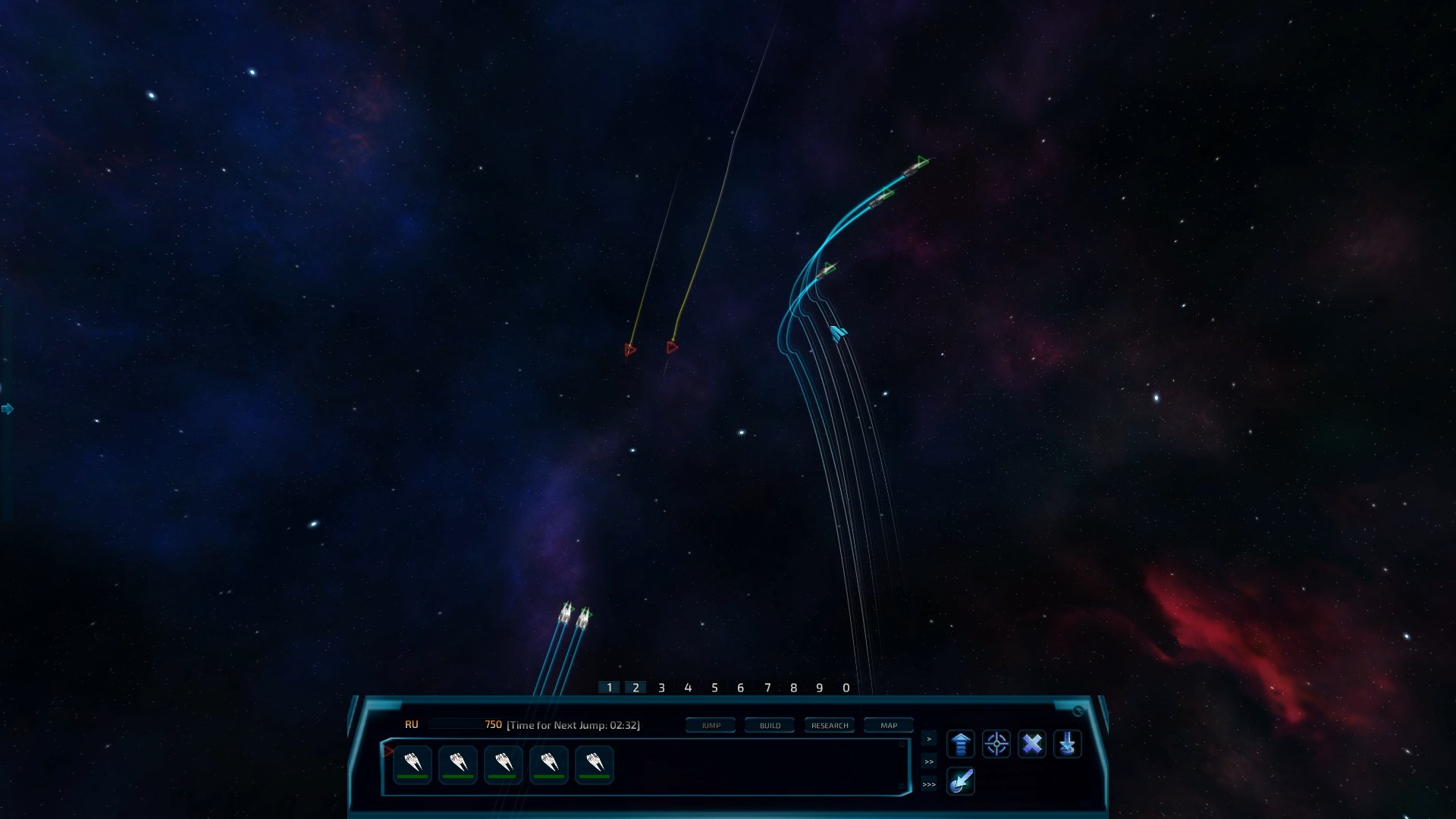 11 thoughts on “Distant Worlds – Legends: Rising in the Ranks”