If you couldn’t tell from my video last week, I’m a bit enamored with Gran Vitreous, a really fun arena shooter with RPG and loot elements. I was made aware of this game months ago, and along with that came the promise of a written Q&A. Well, as further proof of how awful I am at doing these written Q&As (I actually get anxiety when trying to write questions because I hope I don’t sound like an idiot), I finally got around to sending the game’s developer, Joshua Gump, my questions just a couple of weeks ago. ;) Thankfully, he was more prompt about answering than I was about sending them. ;) Therefore I invite you to read my Q&A with Joshua below, and I thank you for reading. :)

Brian Rubin: Thanks for taking the time to answer my questions. First off, when did the idea for Gran Vitreous come to you, and what inspired its creation?

Joshua Gump: The idea came to me early 2013 probably around February. I had been on a kick of trying out a lot of new ideas after I dropped my last one since after prototyping it for a bit I found it wasn’t as fun as I thought. I had been playing a lot of Path of Exile at the time which is another Action RPG with a heavy emphasis on looting. I was thinking that it was weird that besides Borderlands no one had tried to incorporate looting into other game types. The actual gameplay of most ARPG’s leaves something to be desired and I feel people play them mostly for finding the loot without actually enjoying the gameplay as much as other genres. So I figured if you could take a concept that already had really enjoyable gameplay and also add in looting elements you’d get the best of both worlds. I think I leaned towards an arena shooter since I had already made a prototype of one a few years before and of the prototypes I had made it was by far the most fun. It only took me 2 weeks to make that prototype and I already had people over challenging each other for score. So I started from there and kept building onto it.

JG: Haha you’re the first person to actually appreciate that its single player only. Some people might think adding multiplayer is trivial, “just add another ship”, but it’s a lot of work especially if you don’t start with that in mind. I never thought about it on the outset since most indies don’t have multiplayer unless thats the main focus like Nidhogg. I did research it a bit while making the game but if I did online multiplayer there’s another whole layer of engineering headaches that come with it. Especially for something fast paced since the clients have to fire data back and forth quickly to keep everything in sync. As far as local multiplayer, it’s something my game development partner wanted to do but we started thinking about it too late. The game would need to be redesigned pretty heavily since most of the coding was done assuming that there was only one player. We didn’t really catch flak for not having it but we got a few comments basically saying add multiplayer and I’m in. If the game picks up in popularity it’s something I’d consider working on though.

BR: In an arena-based shmup like this, you have to have very tight controls, and Gran Vitreous totally succeeds at this. How much work went into making the controls as tight and responsive as they are?

JG: Thanks, I appreciate that you found the controls tight. It’s something that’s very important to this type of game and it went through a lot of iteration, from the first version up until about a month before launch we were messing with them. At points the controls were more floaty and it took time to turn around and sometimes they were too twitchy and you’d flick the stick the other direction and immediately crash. It took a long time of adjusting the various values to get it where it is but the answer seems to be to give the player the option of turning on a dime and then building the enemy movement to compensate for that to keep the game fun and fair. Also you learn that faster is usually better at one point in development I nearly doubled the acceleration and top speeds for the player and enemies and it became a lot more fun.

BR: This game seems to be the successful melding of several parts, such as the shooting, the RPG elements, the loot drops, the randomness, etc. Did you work on those separately and then merge them together, or were they all worked on concurrently?

JG: They weren’t merged together from separate components but they were worked on in sections. We started with the basic arena shooter combat with only 4 enemy types, then we added in the random attributes of the zones, third we added in the loot system and the randomized weapons and the skill tree system was added in last. In between those and after they were all in place we bounced back and forth between the different systems tweaking and adding to them based on what we felt was missing or needed improvement.

BR: Tell me about how the procedural generation works. It seems as if almost everything, from loot to the campaign map and so on, is randomly generated, which I LOVE.

JG: There’s a few different systems going on that handle the procedural generation. The area map is done in multiple passes first randomly adding in the zones by slices to give a relatively even distribution, then assigning each zone a type and random modifiers, then another pass is done to connect close together zones, then another to make sure every zone is reachable.

The randomly generated loot is easy to add in but difficult to balance. The item attributes are given different rarities and ranges of values by the items level. The item rolls a certain amount of attributes by its own rarity and then the value of the attribute is drawn from that range. This area of the game becomes one of the most time consuming though in terms of balance. Since the player and the enemies increase in level but also the zones themselves become more difficult you have to make the player feel as though they are getting stronger while preserving the balance between too easy and impossible. I have a massive spreadsheet filled with pages of various values that all went through multiple iterations before they came out correct. You’re basically trying to find the formula for fun within a screen full of numbers. For anyone thinking of making an RPG you have to be ready to deal with spreadsheets for a while.

BR: Speaking of which, can you explain how the campaign is generated and how it plays out? I’ve only played a few missions here and there but I definitely want to play more.

JG: The actual campaign area maps I covered in the last question but I can go more into the campaign structure. Each area contains 50 zones with the first always being a normal zone and the last being a boss. You can start from the beginning of the zone or you can purchase a boost farther into the zone to skip ones that are too low level to provide any xp or usable loot. At the end of the area is a boss unique to that area which you have to destroy to get access to the next one. Each area has a different roll table for zone types so the first area will have easier zones and more normal zone types while the last one has more danger zones, mothership and station type fights. The distribution of enemy types that spawn is also affected by the zone level so near the beginning you’ll fight more mindless drones while near the end there’s more gunship and barrier spawning type enemies. Some of the harder zone types you won’t see until the back half of the campaign. Completing the campaign also gives you access to some cheats to mess around with like converting your weapon into an asteroid launcher or giving you the ability to drop black holes instead of your normal utility.

BR: I have to say I love the game’s classic arcade aesthetic. How was the look for the game decided upon?

JG: The game’s aesthetic was initially very heavily influenced by vector art mostly because it was a solo project and I’m a terrible artist. It also made for interesting death animations from the vector pieces breaking apart. When I switched over to working on the game full time I pitched the idea to my development/company partner to do the art and collaborate on the game design and the game developed it’s more sprite based look. While the game was developing I kept iterating on the space visuals in the background and the addition of the planets gave it another bump. The game also uses a lot of busy and dense particle effects, I think in games like this there’s an inherent joy to making fireworks by blowing up a bunch of enemies all at once.

BR: The game is currently in Greenlight as well. How is that process going, and what have you learned from the experience?

JG: We learned a lot from our experience with Greenlight and launching our first finished game in general. We made the mistake of starting the game’s marketing too close to release and doing too little of it. You realize after posting on Greenlight that the natural traffic is rarely if ever enough to actually get the game through the system. It helps a lot to have an audience already with you and waiting for the game to release in order to help spread the message. The game continues to slowly get more votes and we’ve had major bumps from things like bundles but we still need a few more bumps for it to actually clear through.

BR: Finally, is any further content planned for the game? I mean it seems pretty expansive already, but as gamers one thing we love is more stuff.

JG: There isn’t any plans for new content at the moment since we’re working on our next game. We did some updates since the initial release but it’s been a few months since the latest one. I would love to work on the game more and I think there’s a lot left to add and a lot more zone types that can be done. It was always the plan to keep adding more content post release to the game with free updates but the audience wasn’t large enough to warrant continuing to work on it. If that changes I’d love to keep working on it.

BR: Thanks for taking the time to answer my very, very tardy questions. :)

JG: No problem it’s been fun talking about my experience working on Gran Vitreous, and it’s nice to have someone interested in and enjoying the game. 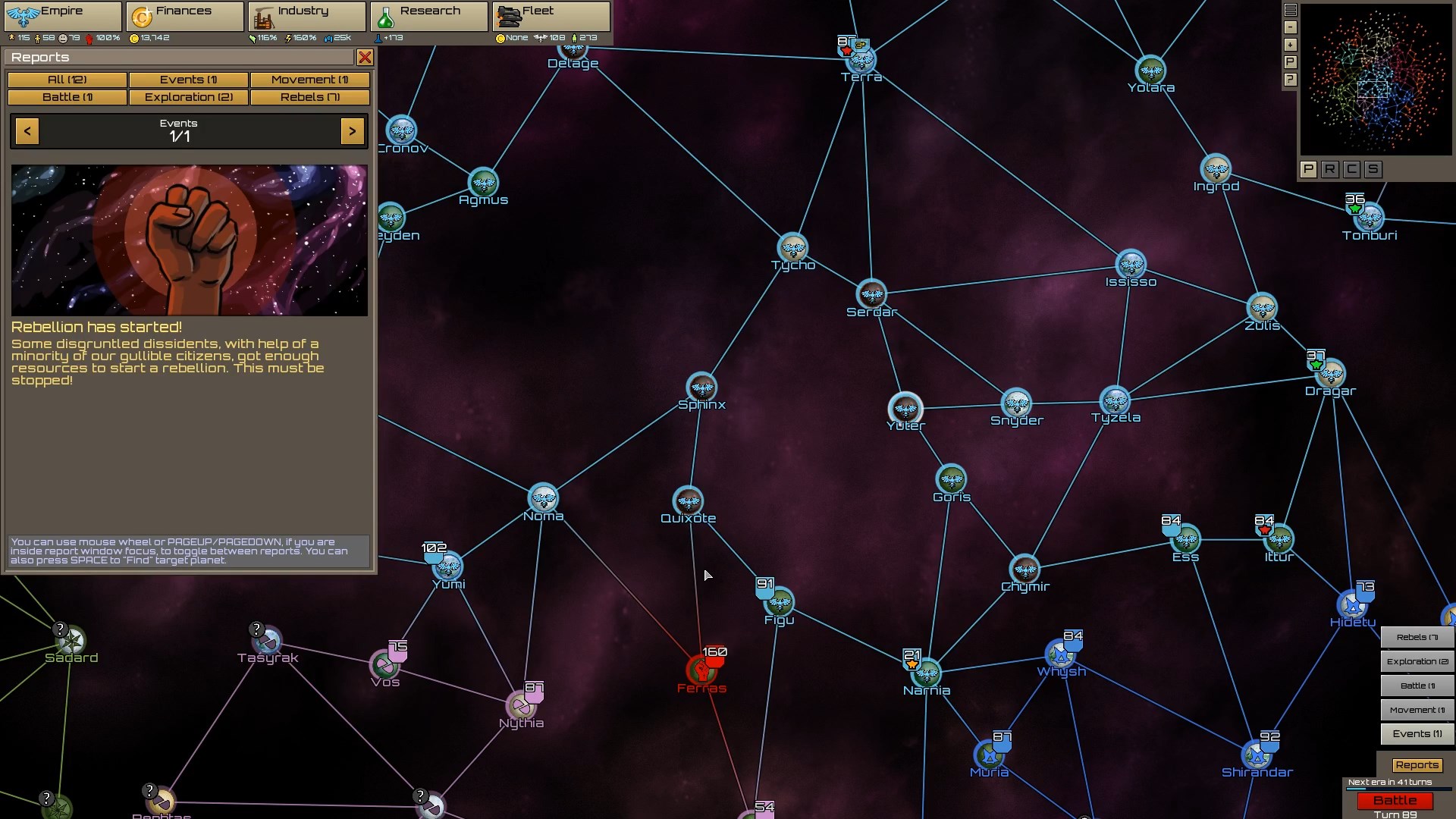 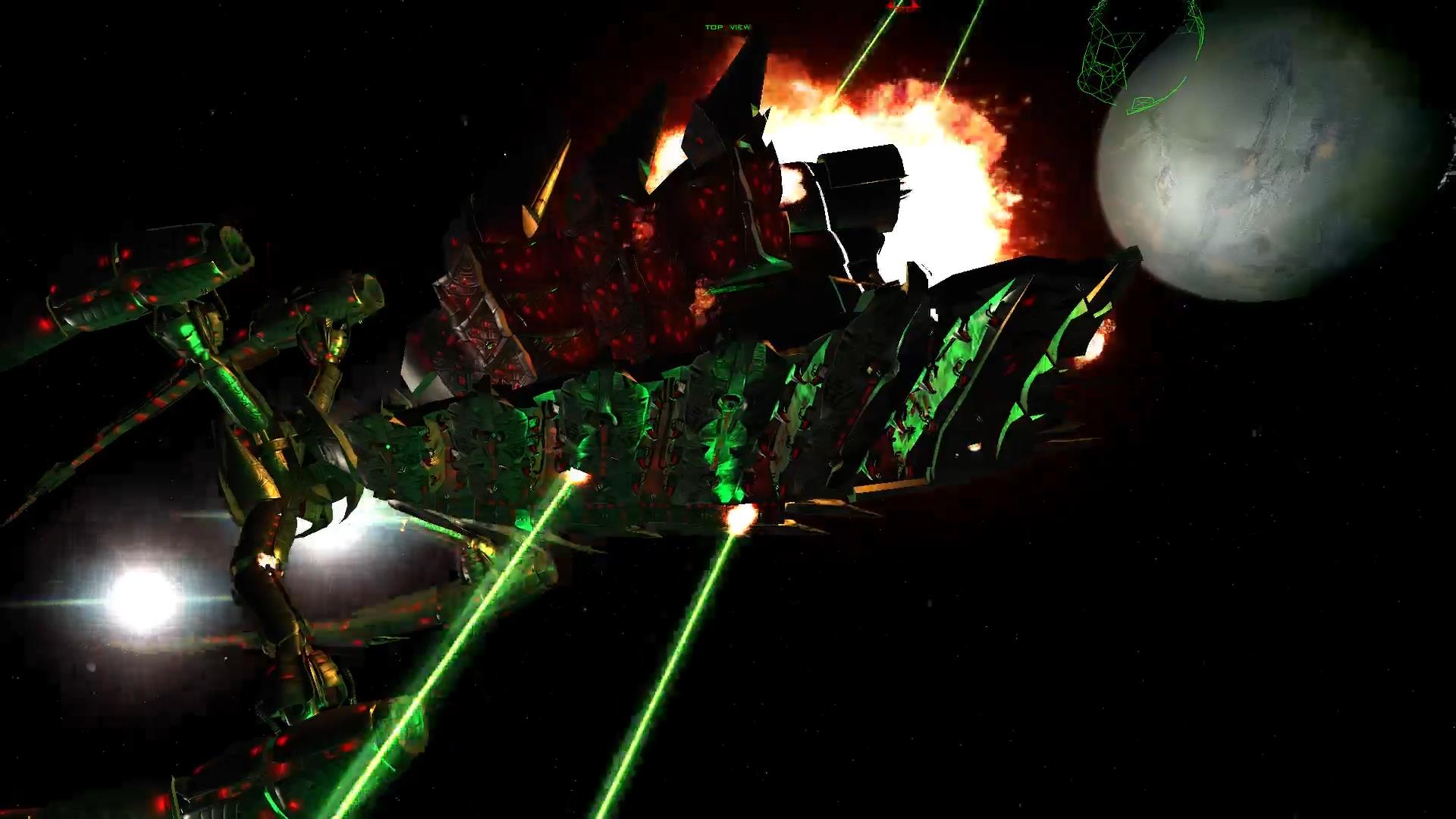